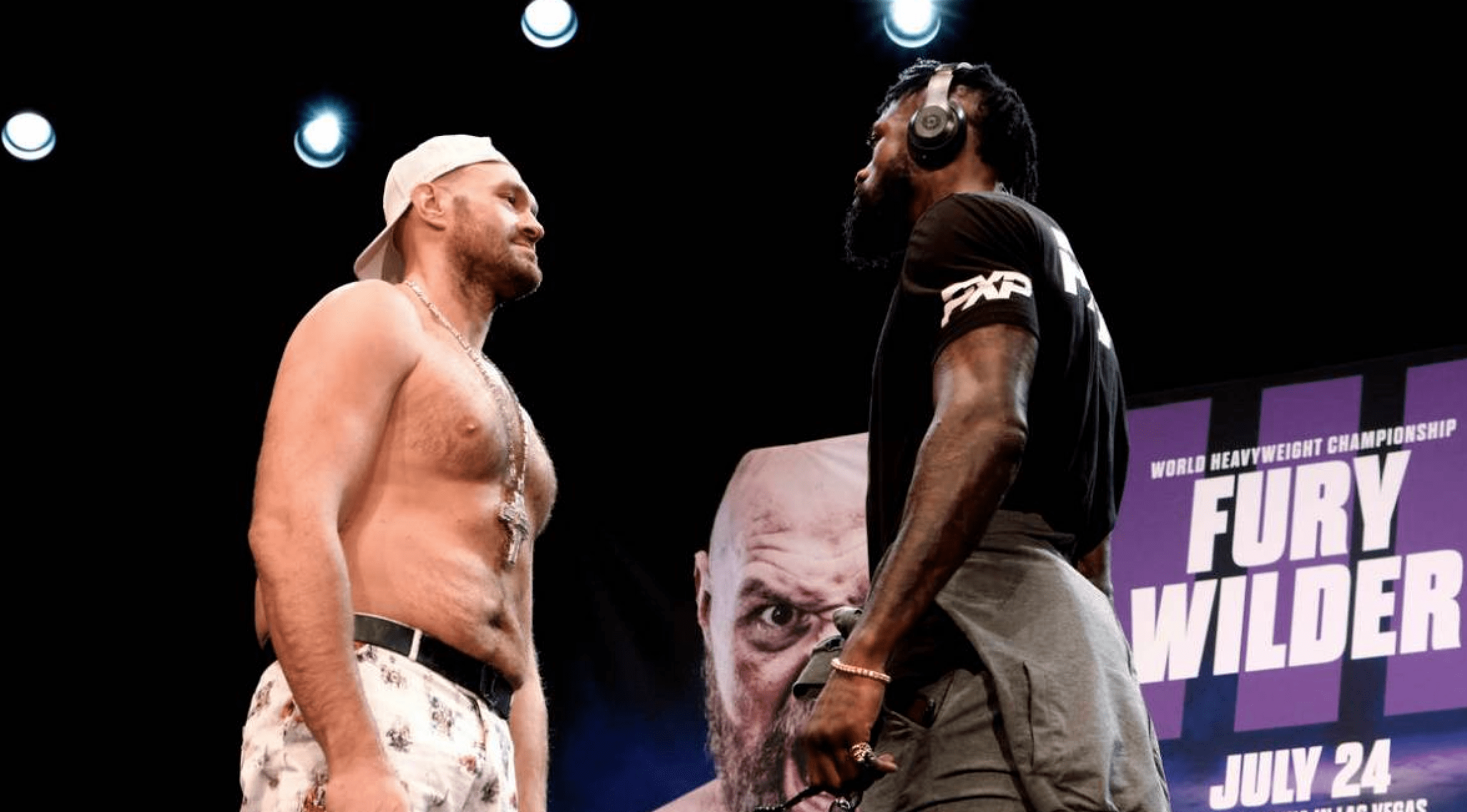 Tyson Fury says he’s going to run through Deontay Wilder in their trilogy fight at the T-Mobile Arena in Las Vegas on July 24th.

Fury and Wilder have fought twice before. Their first meeting ended in a controversial draw in 2018. While ‘The Gypsy King’ convincingly won the rematch in 2020 via a seventh-round stoppage.

The fight contract included a clause that allowed the loser to initiate a third fight between the two. ‘The Bronze Bomber’ opted for the rematch immediately, but with delays due to injuries and COVID, Fury lost interest and decided to move on after the cut-off date expired last October.

Last December, promoter Bob Arum said that Wilder had no legal right to a trilogy fight with Fury. In May however, an arbitrator ruled that the former champion was eligible for a third fight with Fury, who had agreed to an undisputed heavyweight championship fight with Anthony Joshua a day earlier.

‘I’ll Run Through Him’

During the pre-fight press conference on Tuesday (as transcribed by The Mac Life), Fury said that he’s going to beat Wilder up worse than he did the last time around.

“I give me game plan away the first time because he wasn’t good enough to do anything about it and I’ll do the same thing this time because he isn’t good enough to do anything about it,” Fury said. “Deontay Wilder’s a one-trick pony, he’s got one-punch power, we all know that, great. But what I’m going to do to Deontay Wilder this time is I’m gonna run him over as if I’m an 18-wheeler and he’s a human being, and I guarantee he does not go past where he did before. Because before I only had five or six weeks of practicing what I was gonna do to him, this time I’ve had 18 months of practicing what I’m gonna do to him. So I anticipate it’s gonna be like an 18-wheeler running over somebody and that’s what you’re gonna see.

“I’m building my weight up. I’m trying to get up to 300 pounds for this fight because I’m looking for a big knockout straight away. I don’t believe he’s mentally, physically, or emotionally involved in his fight. I think he’s doing it for the wrong reasons. When people do things for the wrong reasons they always wind up getting hurt. So we’ll see on fight night if I’m a man to my word and if I can run him over quicker than round seven and I think I do, for sure.”

While Fury consistently threw shade at Wilder during the press conference, the American spoke briefly to thank his coaches and legal team for enforcing the third fight. He refused to answer any questions from host Crystina Poncher or the media, however.

Wilder’s new trainer, Malik Scott, answered the questions on his behalf, which Fury said was a sign of his ‘mental weakness’.

“It shows how weak of a mental person he is and how much the beating from the last fight has took an emotional, physical effect on his life,” Fury said. “I was worried about Deontay Wilder for quite a while after the defeat that I gave him and obviously he’s doing his little thing with his earphones on and doesn’t want to answer any questions, that’s up to him.”

After the press conference, Fury and Wilder faced off for an incredible five and a half minutes, before the former WBC heavyweight champion turned around and walked away without a word.

Who do you think wins the trilogy fight between Tyson Fury and Deontay Wilder?