Eddie Alvarez Gives His Thoughts On Poirier vs McGregor 3 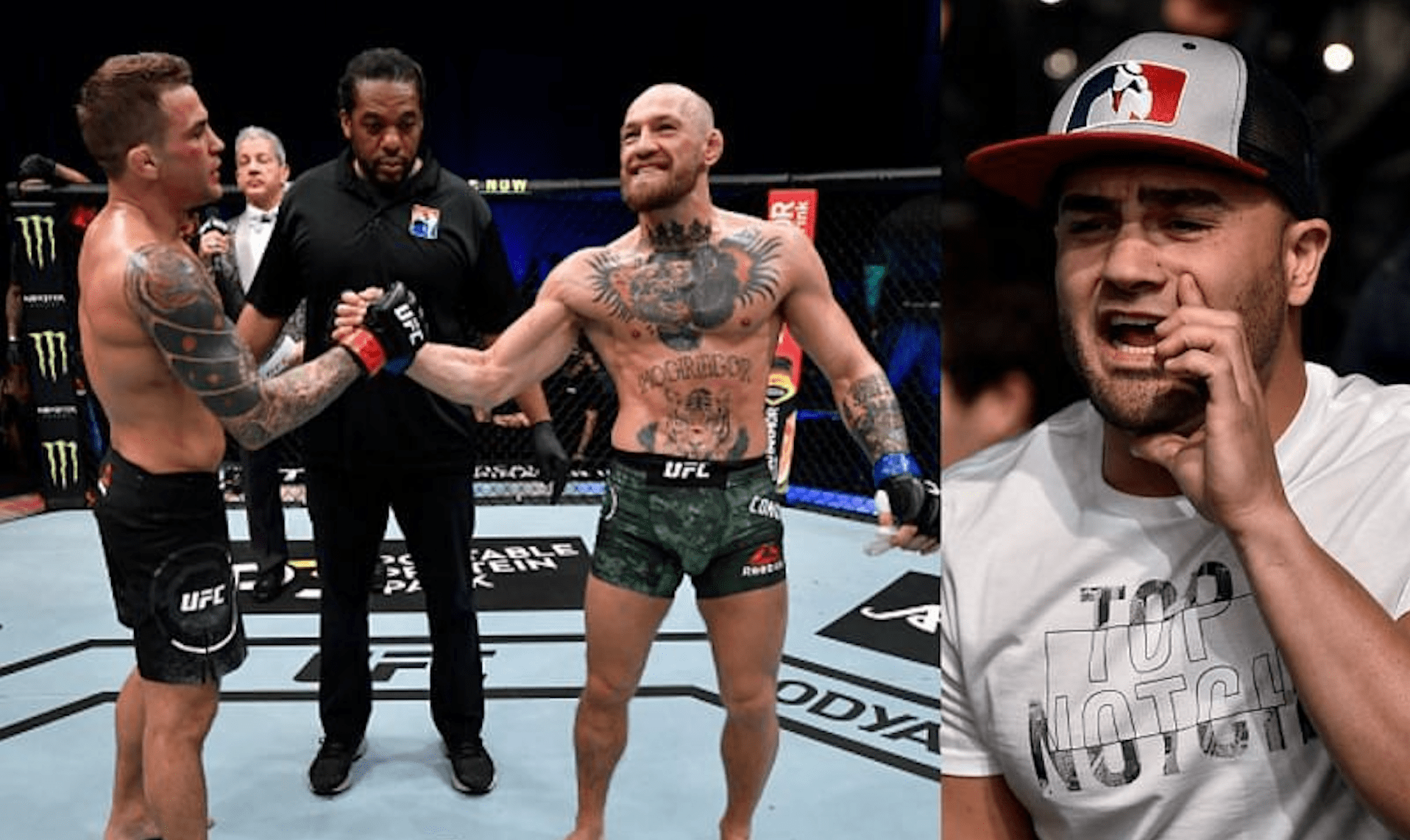 Eddie Alvarez believes that whoever wants the UFC lightweight title the most will win the UFC 264 main event between Dustin Poirier and Conor McGregor.

The Irishman finished Poirier in the first round of their featherweight fight the first time around at UFC 178 in 2014. ‘The Diamond’ then exacted his revenge by finishing McGregor in their rematch at UFC 257 in January.

The winner of the trilogy will likely challenge the new lightweight champion, Charles Oliveira. Having fought both Poirier and McGregor during his time in the UFC, Alvarez knows a thing or two about both men.

Giving his thoughts on the UFC 264 main event in conversation with Helen Yee (as transcribed by BJPenn.com), Alvarez explained why he believes Poirier will have a slight edge over McGregor on the night.

“I think it’s a Pick ’em. I think Conor of course will be ready for the leg kicks,” Alvarez said. “I don’t know if he’ll ever get himself conditioned enough to be ready for Dustin’s sprints, his go-go agains and go agains and agains. The way he does that, it’s a beautiful way of fighting, and it’s unique to him, and it’s hard to get ready for that inside the gym without getting into real fistfights, real wars. So he does that so well. He’s going to put the sprints on Conor and Conor’s conditioning needs to be ready for it.

“Outside of the kicks and the sprints, whoever wants that strap the most [will win]. Dustin’s never tasted it, Dustin’s never got the real belt, and I’d always have to go with the guy who hasn’t tasted it yet. Conor’s tasted the life, the hundreds of millions, he’s tasted the straps, all of it. So there’s something deep down in Dustin Poirier, Justin Gaethje, Charles Oliveira, deep down and desiring for these guys who haven’t tasted it that you would kind of lean it over toward their way.”

Do you agree with Eddie Alvarez’s prediction for the trilogy between Dustin Poirier and Conor McGregor?