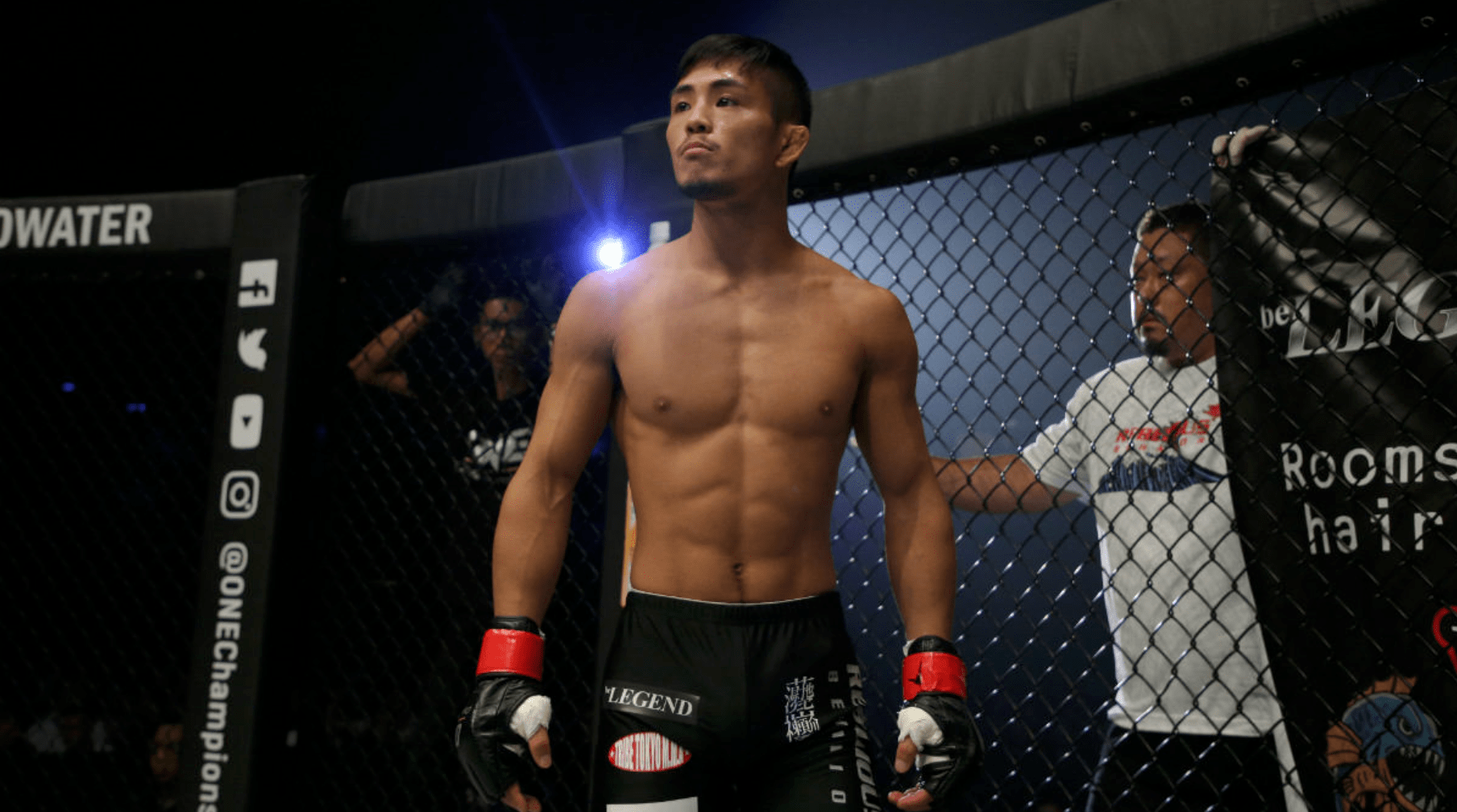 Top-five ONE flyweight contender Yuya Wakamatsu has called for a title fight against the champion, Adriano Moraes.

Wakamatsu is currently riding a four-fight win streak, with his most recent victory coming against Reece McLaren via unanimous decision at ONE on TNT 3. He currently sits at number three in the rankings, and believes he has done enough to earn a title fight against Moraes, who’s coming off a second-round knockout win over Demetrious Johnson at ONE on TNT 1.

Speaking to ONE Championship, Wakamatsu said that he wants to fight Moraes next, although he wouldn’t say no to another non-title fight against a top contender if the Brazilian decides to take some time off from fighting.

“I want to fight him soon if I can,” Wakamatsu said. “If he needs to fight one more bout before me, I could watch him compete one more time. And if he says, ‘Since I beat the legendary DJ, let me take a rest,’ I can have one more bout before I challenge for the title. But I would like to have a title match as soon as I can. The time is limited, and I don’t know when we’ll be able to compete now. That’s why I really want to ask for a world title match.

“Considering Moraes’ [perspective], if he can beat me, there’s no reason to turn this down. That way, he can get paid by ONE again. It’s a good thing for him. If he’s not intimidated and he is a fighter, just do it. I wonder if he’s intimidated? If he is so confident that he will beat me as the champion, then go ahead and do it. Or rather, I would say, just do it.”

While Wakamatsu admits that Moraes is physically and mentally very strong, he believes he has the tools to dethrone the reigning champion.

“His advantage is that he is physically and mentally strong, but we’re both human beings,” Wakamatsu said. “If I could land a big shot on him, he would fall. If I avoid grappling with him, I can give him enough damage to win. There are ways to win a bout, like fighting patiently until his heart cannot take it anymore, or beating him with punches. That’s what I am thinking about.”

The Japanese standout respects Moraes for everything he’s achieved inside the ONE Circle, but believes that it’s his time to shine now.

“I think Moraes is inspiring the world by becoming the world champion, but I want to win and be the champion so that the whole world can see what a samurai is actually like,” Wakamatsu said. “I want people to know that there are [warriors] like this, even today. I want to be the champion of ONE and be a star. I’m ready to go, so all I have to do is get a title shot, win, and stay focused.”

Being one of the finest MMA talents to come out of Japan, Wakamatsu understands that he has a lot to live up to. Especially when ONE Championship CEO Chatri Sityodtong has stated that he firmly believes that he has the potential to become a world champion.

“Yes, that’s another reason for me to work hard. In my mind, Chatri is a king of a kingdom,” Wakamatsu said. “I think he is a man with foresight, and if he says so, then I will never be satisfied, and I will become stronger and stronger. His words still remain in my heart. I’m not that famous, but the people who see me will understand. All I need now is to become the world champion for everyone to recognise me.”

Wakamatsu has been on a tear since losing to Johnson in the ONE Flyweight World Grand Prix at ONE: A New Era. While ‘Little Piranha’ has thought about avenging his loss to ‘Mighty Mouse’, he feels he should go after the better fighter, which in his opinion is Moraes.

“Yes, I have [thought about a rematch], of course,” Wakamatsu said. “But now is the era of Moraes, rather than DJ. Times change, don’t they? So even DJ could lose and fall because he’s human. It’s impossible to be strong forever. He might gradually decline from his peak, but I am young, and many other athletes are coming up, too.

“I thought about a rematch, but now that he’s lost – I don’t want to sound like a jerk – I will look for a stronger fighter. Since DJ is famous, people around me say that I should do a rematch against him, but that doesn’t sound reasonable to me.”

“I Think I Will Be The Champion”

It’s been nearly three years since Wakamatsu parted ways with Pancrase to sign with ONE Championship, and despite a couple of early setbacks against Danny Kingad and Johnson, he’s now a top contender. The 26 year old however, believes he still has a long way to go.

“When I was in Pancrase, the time passed really quickly, and I got to the title match before I knew it,” Wakamatsu said. “So [in ONE Championship], I feel like it’s been a long time, but it’s been quick. I realised that life could go that quickly. I’m sure this feeling won’t change even if I become the champion. It will be like, ‘Oh, I’m a champion now, and my next goal is this.’ But now, for me, becoming the champion is not the ultimate goal, but the starting point. I think I will be the champion if I keep going like this.

“The present will be a thing of the past in the blink of an eye, so I don’t have any deep feelings about my third year in ONE, since it’s all happened so fast. If I hadn’t evolved this much, I think I would be happy that I’ve reached third place in the rankings, but I think I am not done here yet. I think I keep getting stronger, so I am like, ‘Third place? So what?’”

For now, things are going according to plan for Wakamatsu, but he said he won’t be satisfied until he has Moraes’ crown.

“I think it’s going the way I wanted it to go,” Wakamatsu said. “I lost to DJ and [Danny] Kingad, but Moraes finished both of them. Right now, Moraes is at the peak of his powers, but I’m still in the developmental stage. So my scenario is going well: I beat him and get even better. I think I need to evolve and get better than Moraes.”

Wakamatsu recently relocated to Florida to train at Sanford MMA, which is home to some of ONE Championship’s best athletes, including Aung La N Sang, Martin Nguyen, and Brandon Vera.

“Yes. I’ve wanted to try it for a while,” Wakamatsu said. “I’ve always thought that it’s up to me to get stronger, not the environment, but America is big and cutting-edge in every way, so I thought it would be wrong for someone who’s never been there to say that America and Japan are the same. I guess seeing is believing. So I decided to try it out for the first time. Of course, I didn’t expect that I would be beaten up and feel like, ‘America is a dangerous place.’ After all, we’re all human beings. And I think there are many monsters in the welterweight division. But I believe there are many strong, smaller athletes in the flyweight division in Asia, and they are top-notch in the world.

“I thought that I just had to experience America once. After all, my way of thinking changed before and after I came to the US. Once I came here, I realised that I could come here any time. It was the same for me when I came to Tokyo from Kagoshima. I thought I was like a big fish in a small pond. I had an image of Tokyo as a dreamy place, but I found it was not so much when I got there. It’s the same with the US. So I felt that I needed to update my way of thinking by gaining experience. In this sense, I came to America to expand my world.”

Do you think Yuya Wakamatsu deserves to fight for the ONE flyweight title against Adriano Moraes?