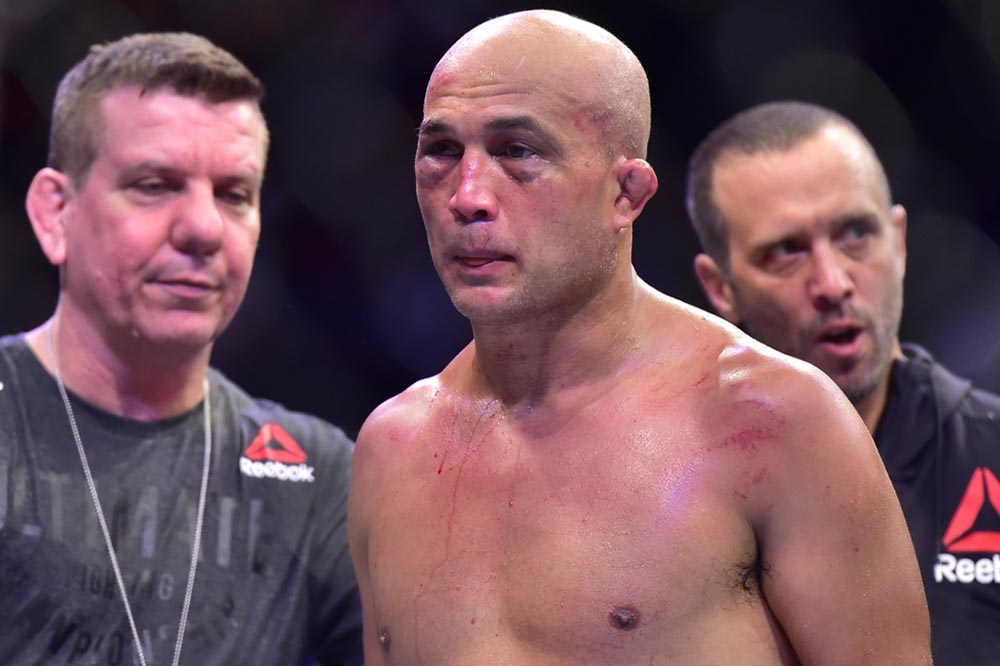 UFC 237 marked yet another loss for MMA legend BJ Penn, as he dropped a decision loss to Clay Guida. The former UFC champion’s last win came back in 2010, and his loss this past weekend was his seventh consecutive loss, which is also the longest losing streak in the company’s history.

BJ Penn (16-14-2 MMA, 12-13-2 UFC) hasn’t picked up a win in his previous eight fights, which is also now the longest win-less skid in the promotion’s history. Furthermore, in his previous 11 UFC fights, Penn’s record stands at an appalling one win, nine losses and one no contest.

While Dillon Danis tweeted for Penn to retire from the sport, Conor McGregor showed BJ Penn support, telling him to “soldier on”.

“He has got nothing to lose either”, McGregor tweeted, which has since been deleted. “Soldier on soldier!
Zero concussive KOs on record. Some repetitive blows yes. But zero lights out.
There are fighters with way worse on the clock, way more mental issues, and are paraded to continue.
People in this game are fools.
Blind sheep.”

Penn recently spoke with his website, BJPenn.com, about his future in the sport.

“Right now I’m just returning to Hilo. Once I am back we will focus on the custody case and then figure out what will come next.

“I know I am on a losing streak. I think they said it is the longest in UFC history or something. But that being said, I am not going out there and getting knocked unconscious. There are ton of guys, who would be considered in their prime, who still get knocked out cold – even this past weekend. I still feel good and the desire to compete is still there. It was a good scrap with Clay, who is a really tough fight for anybody at 155. You know what they say Chris, Babe Ruth set a record for most strikeouts too right.” BJ said with a laugh. “But in all seriousness, I do this because I love it. Anderson Silva said it best. Never feel sorry for the Lion, because the Lion doesn’t feel sorry for himself when he is surrounded by a bunch of Hyenas ready to die.”