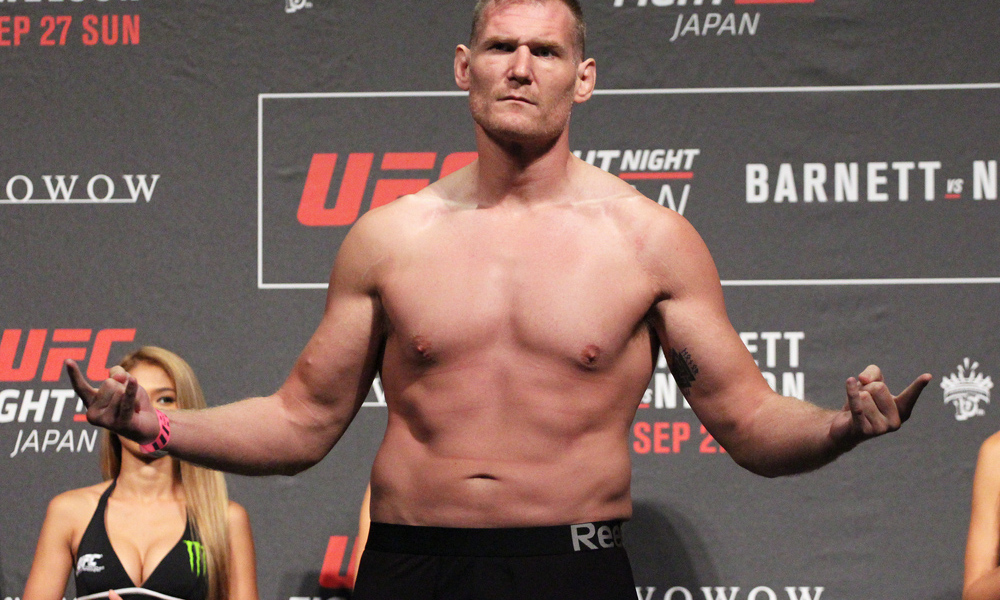 Former UFC Heavyweight Champion Josh Barnett hasn’t competed in MMA for quite a while. Barnett was on the Helwani Show last night to plug his upcoming projects, and talked about various subjects, including his negotiations with different promotions, the 10-point system in MMA, the pay disparity and the length of the rounds.

Towards the end of the interview with ESPN’s Ariel Helwani, Barnett signed a piece of paper. It was then revealed that Josh Barnett (quite literally) signed for Bellator MMA on-air!

Josh attributed his decision to the way he can market himself, and have his own sponsors with Bellator MMA. Barnett also alluded to the Bellator MMA event in London on June 22nd as the event he might make his debut with the promotion!