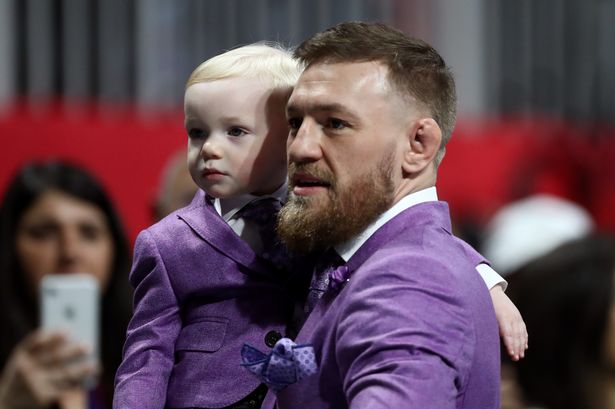 Conor McGregor has been in the news lately. If you still haven’t heard, a woman that has previously accused Conor of sleeping with her, has come out again saying Conor McGregor fathered her child.

The brash Irishman was last seen in action at UFC 229, where he lost to Khabib Nurmagomedov. McGregor has been busy building his business empire over the past couple of years, and is currently focusing on projects outside the Octagon.

However, the former UFC Lightweight Champion was in attendance at Super Bowl LIII, and ran into actor-comedian Kevin Hart. Hart posted a video to his Instagram account, which showed him bumping into Conor McGregor and Conor McGregor Jr.!

McGregor is expected to face ‘Cowboy’ Donald Cerrone in the near future. However, for now, Conor seems to be enjoying his downtime with his son.