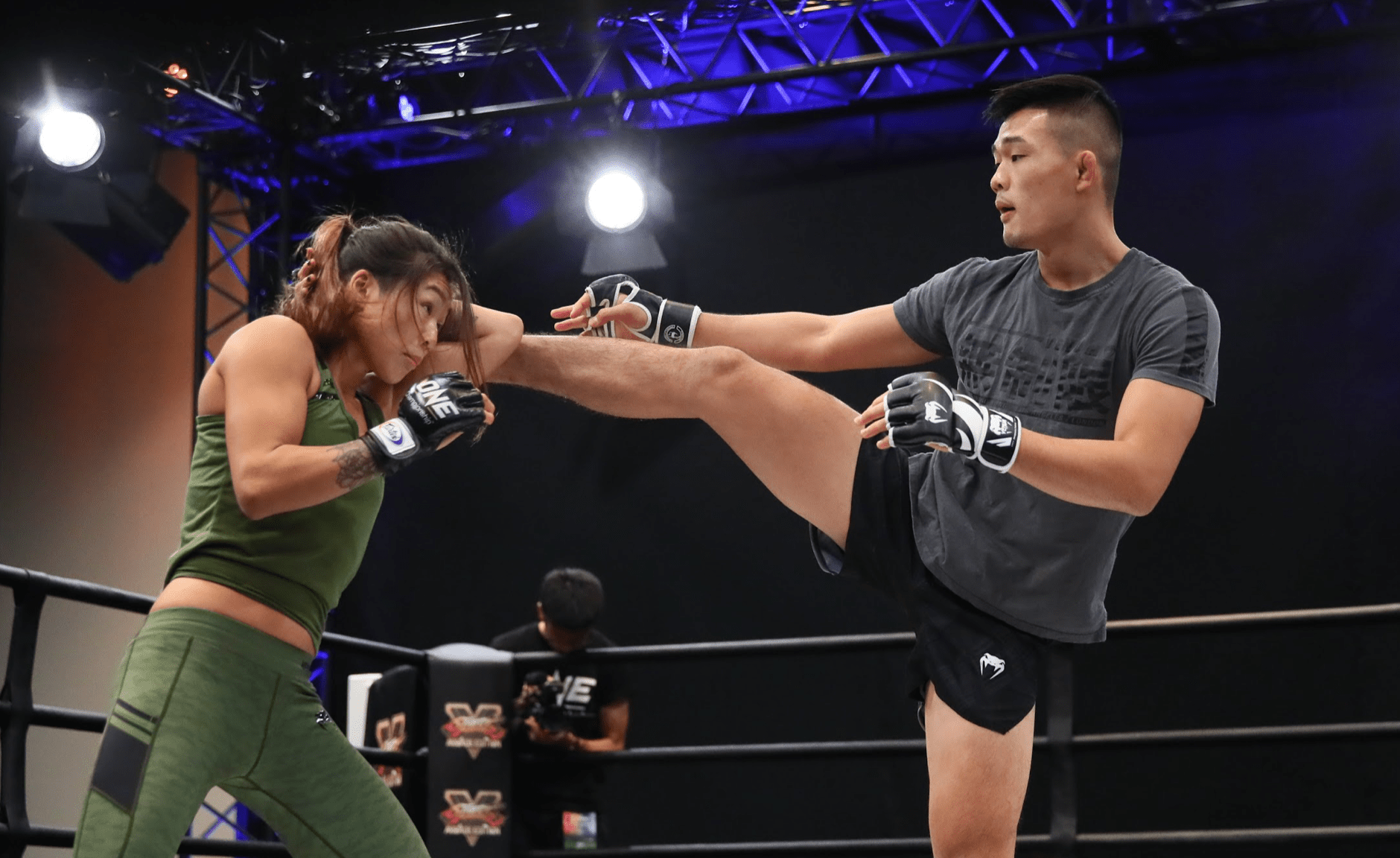 ONE: Century Open Workouts went down on Sunday afternoon at the ONE Martial Arts Fan Fest, featuring Demetrious Johnson, Brandon Vera, Aung La N Sang, Angela Lee, Christian Lee, Xiong Jing Nan, Kevin Belingon, and Bibiano Fernandes, who all came out to the Bellesalle Shibuya Garden in Tokyo to demonstrate their martial arts skills for fans in attendance. All athletes are set to see action at ONE: CENTURY, ONE Championship’s historic 100th live event which takes place at the Ryogoku Kokugikan on Sunday, October 13th.

Demetrious Johnson, 12-time Flyweight Mixed Martial Arts World Champion, stated: “It’s such an honor and a privilege to be able to return to Japan where I made my ONE Championship debut last March. The experience was absolutely amazing. I feel very fortunate to be here once again, this time competing in the ONE Flyweight World Grand Prix Championship Final. I’m sure the fans are excited for all the festivities. The atmosphere at the ONE Martial Arts Fan Fest is buzzing, and it perfectly sets the stage for the huge event coming up next week.”

Brandon Vera, ONE Heavyweight World Champion, stated: “In my entire career, I’ve dreamed of becoming a two-division World Champion and competing in Japan. Next week, I have the chance to fulfill both of those dreams. This is such a huge fight for me, the biggest in my career so far. Taking on Mr. Aung La for the ONE Light Heavyweight World Championship is an honor. I’ve trained very hard for this fight and I’m ready. It’s going to be an action-packed bout between two come-forward warriors.”

Aung La N Sang, ONE Light Heavyweight and Middleweight World Champion, stated: “The last time I was here in Tokyo, it was a memorable evening for me. I faced a Japanese warrior named Ken Hasegawa, whom I respect and hold in very high regard. Now, I will face an even greater challenge in veteran Brandon Vera. Without a doubt, Brandon will be my toughest opponent to date. But I believe in my coaches, I believe in my preparations. We’ve left no stone unturned and we’re ready to take care of business next Sunday night.”

Angela Lee, ONE Women’s Atomweight World Champion, stated: “I’ve taken a step back and collected myself after two tough bouts. They’ve taught me lessons and helped me realize a lot of things about myself as a fighter. With the help of my family, my Dad, and my team, I’ve worked extremely hard in improving my game. I feel now that we have the winning formula. Xiong Jing Nan is a worthy champion, but she’s coming into the atomweight division where I am strongest. Make no mistake about it, I’m looking to end matters dramatically within the distance and successfully retain my ONE Women’s Atomweight World Championship.”

Christian Lee, ONE Lightweight World Champion, stated: “I train year-round to stay ready for any opportunity. I’m more than happy to step up and fight Saygid Guseyn Arslanaliev at ONE: CENTURY. Entering the ONE Lightweight World Grand Prix Championship Final, and getting to perform with my sister Angela at this historic event in Japan, it’s going to be an awesome experience. I know my opponent is strong and dangerous, but so am I. I think our styles match up very well. I can’t wait to showcase my skills for the fans in Tokyo. It’s going to be an electric, action-packed bout and I am definitely looking to finish and shock the world.”

Xiong Jing Nan, ONE Women’s Strawweight World Champion, stated: “This is the biggest bout of my career. I was able to hold the fort down at strawweight, but now it’s time to lay siege onto the atomweight world title. Angela is my toughest opponent to date. She is a great champion. To be able to compete against her is an honor. But I am coming for that belt. At the end of the night, I fully expect to have my hands raised in victory and to return home to China a two-division ONE World Champion.”

Kevin Belingon, former ONE Bantamweight World Champion, stated: “I’m very excited for this fight. This is my fourth match with Bibiano [Fernandes]. I think this fight will determine who is the true king at bantamweight. I’ll do my best to emerge the winner of this fight. I’m looking to end my business with Bibiano in stunning fashion. I’m super motivated to get the win here in Japan and bring the title back to the Philippines.”

Bibiano Fernandes, ONE Bantamweight World Champion, stated: “I prepared myself very hard for this fight. I’m ready to compete this Sunday, October 13th in Tokyo, Japan. I’m very excited to face Kevin [Belingon] one more time. The last time we fought, it ended controversially. Now, we get the chance to do it again and this time, there will be no doubt. I look to successfully defend my ONE Bantamweight World Champion. I’m ready to show the fans in Tokyo a very good performance.”


In case you missed the Open Workouts, you can watch them back in full here:


You can also check out the highlights of the ONE Martial Arts Fan Fest here: