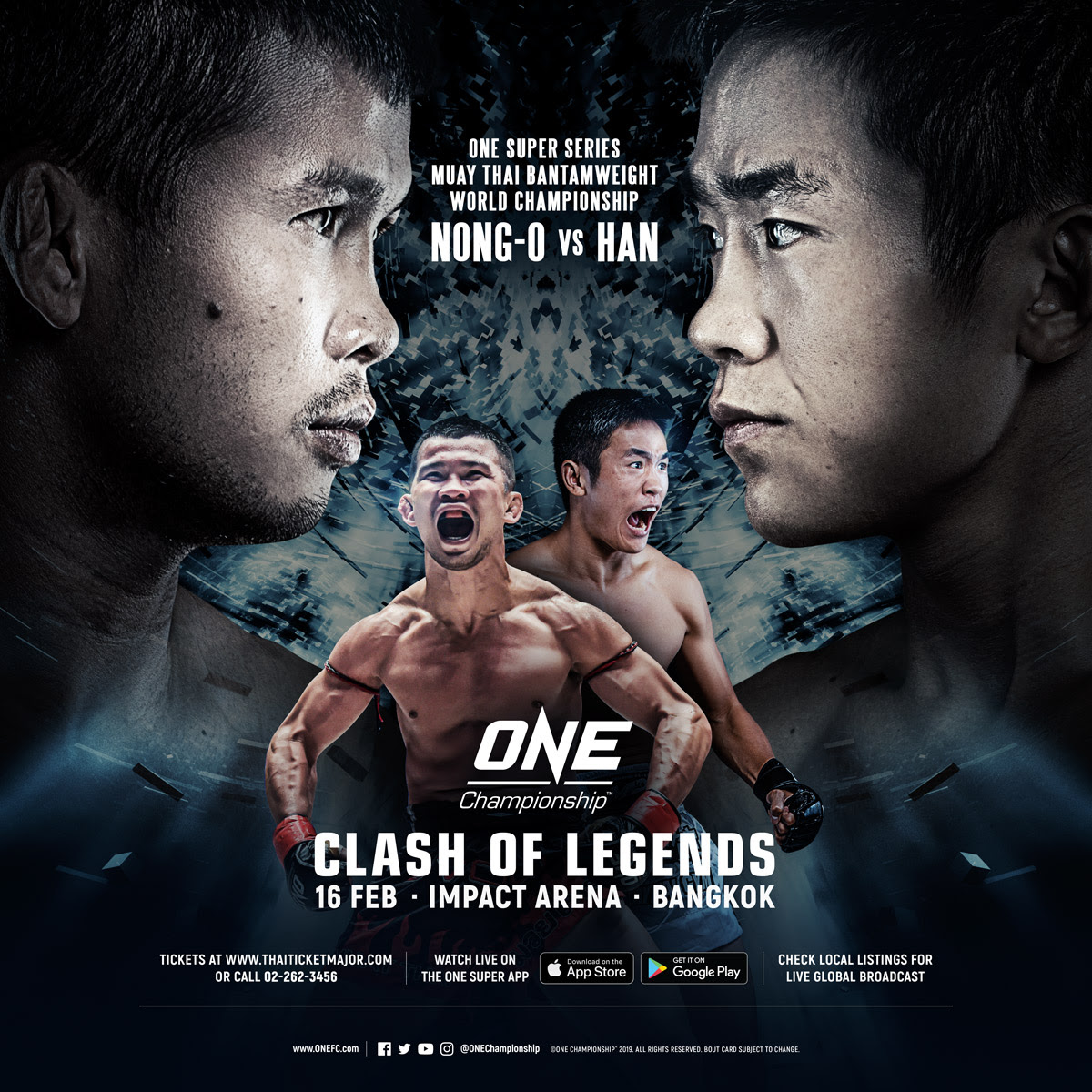 ONE Championship has announced the main event for ONE: Clash Of Legends on February 16th at the Impact Arena in Bangkok. Martial arts legend Nong-O Gaiyanghadao will square off against China’s Han Zi Hao for the inaugural ONE Muay Thai Bantamweight World title.

Now, Nong-O looks to cement his place among the world’s best strikers in ONE Super Series by attempting to win the greatest prize in martial arts — the ONE World Title.

Despite being just 23 years of age, Han has been pursuing his martial arts dreams for over a decade. The Chinese athlete began training in Sanda at the age of 12, and then moved to Bangkok in pursuit of the world’s best Muay Thai training. He has lived in the Thai capital for over 10 years now, training and competing in “the art of eight limbs” while building an impressive record along the way.

In February 2018, Han scored his biggest win to date when he stopped Petchboonchu FA Group. Now, he has become a breakout star in ONE Super Series. Han is riding a three-bout win streak, and he looks to extend it — and capture the gold — at ONE: CLASH OF LEGENDS.