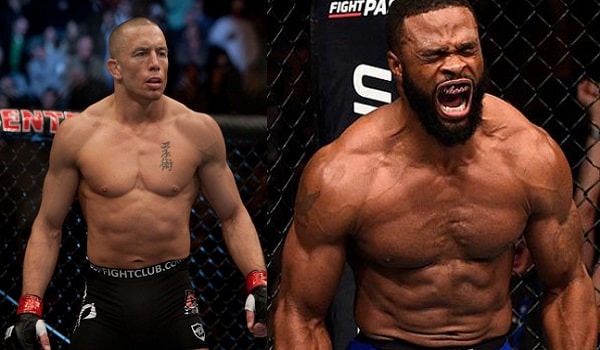 As the MMA world pays its respects to Georges St-Pierre, following his official announcement of his retirement, Tyron Woodley has said that he approached the UFC several times, about fighting him.

Not only did the current UFC welterweight champion state that he had asked for this fight several times, he was also extremely confident he would have won, should he have fought the former champion.

GSP retires with a record of 26-2 and regarding as the greatest ever by many. The only two losses he suffered in his career were to Matt Hughes and Matt Serra, both of whom he went on to beat in the rematch, via finishes. And with Hughes, also went on to win the third fight, again via a stoppage.

Woodley holds a record of 19-3-1, with his last loss coming to current Bellator welterweight champion, Rory MacDonald, in 2014.

GSP said in his retirement press conference that the only fight he was interested in was with Khabib Nurmagomedov. From a fans point of view, it would have been nice to see the former UFC welterweight and middleweight champion fight Woodley. And also Ben Askren, who is now in the UFC. But you have to respect GSP for everything he has done in the sport and for going out at the top.

How do you think a fight between GSP and Woodley would have gone?

You can watch the press conference in its entirety, read a complete round up and see how the MMA world reacted to GSP’s retirement here: