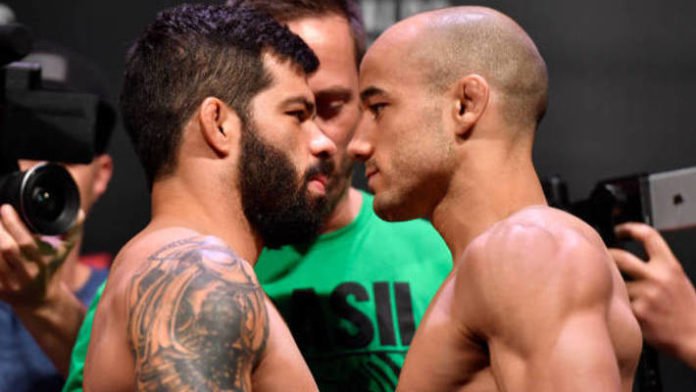 We have ourselves an official poster for UFC Fortaleza. Raphael Assuncao and Marlon Moraes will be going head to head for the second time, in an all Brazilian affair, in the Brazilian city of Fortaleza.

Assuncao and Moraes first met at UFC 212 in June 2017, where Assuncao won via a split decision. It’s expected that the winner of this clash between the number three and number four ranked bantamweights, will get the title next.

In the co-main event, it’s another all Brazilian affair as Jose Aldo and Renato Moicano face off in a featherweight clash. With Aldo ranked number two in the division and Moicano the number four, this match up also has huge title implications.

Even with Jose in the co-main event, it’s lining up to be another big night for Brazilian MMA.

These are the fights that have been confirmed so far: