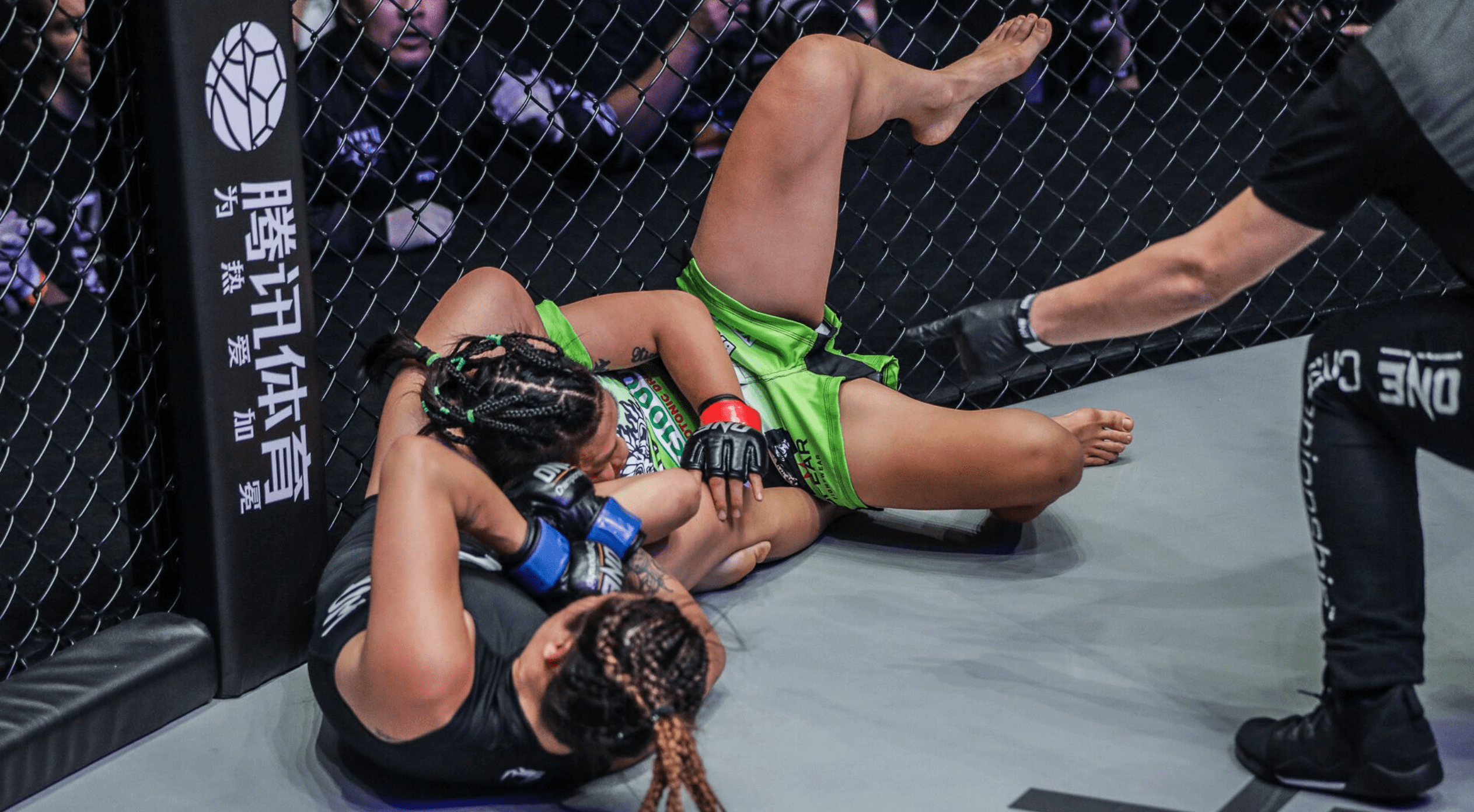 Xiong went on to win the fight and defend her ONE strawweight title, via a fifth round stoppage, after Lee showed visible signs of fatigue from the submission attempts in the fourth round.

During the post fight press conference, Asian Persuasion MMA’s Leon Jennings, asked Xiong how she managed to escape and the Chinese star answered in her typical buoyant fashion.

“Because I am Xiong Jing Nan, I can’t lose. I didn’t think too much. I just needed to focus on my goal and concentrate on winning this fight. That’s all I thought about.

“I have faced the reverse triangle and armbar before and the people who know me know that I would never, ever tap.

“You would have to choke me out or break my arm. Of course, my coach did not encourage me to do that but he was very happy I could escape the submission.”

You can watch the full ONE: A New Era post fight press conference here, along with our post fight interviews.