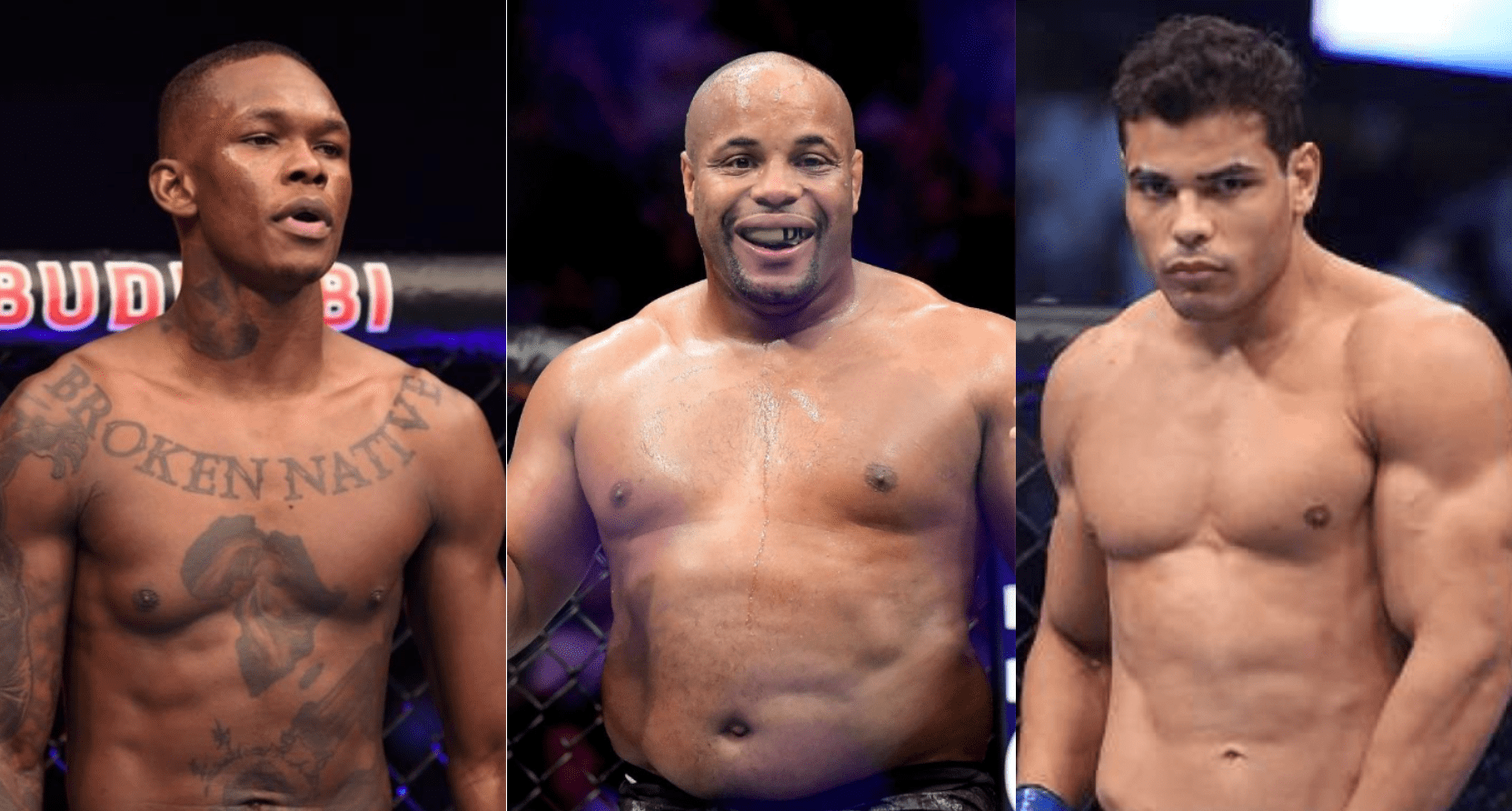 Paulo Costa’s latest revelation that he drank a bottle of wine just hours before his UFC 253 headliner with middleweight champion Israel Adesanya, hasn’t gone down very well in the MMA community.

Costa suffered his first professional loss at the hands of Adesanya at UFC 253 in Abu Dhabi, where he was TKO’d in the second round. The Brazilian asked for an immediate rematch after the fight, saying that he wasn’t 100 percent himself on the night, but ‘The Last Stylebender’s’ victory was so lopsided that he decided to move up to light heavyweight for a fresh challenge.

Adesanya is days away from challenging Jan Blachowicz for the 205lbs title at UFC 259, whereas Costa is scheduled to fight Robert Whittaker at UFC Fight Night on April 18th.

Speaking on his YouTube channel (as transcribed by MMA Fighting), Costa said that he fought Adesanya with a hangover.

“I was kind of drunk [when] I fought, maybe, on hangover,” Costa said. “I couldn’t sleep because of the [leg] cramps. Keep in mind that the fight happens at 9 am [local time], we have to wake up at 5 to get ready, stretch, wrap the hands. The UFC told us to wake up at 5 in the morning to go to the arena to fight. I hadn’t slept until 2:30.

“It was my mistake and I don’t blame anyone else, it was something I chose [to do], but, in order to try to sleep, because I had to sleep since I was awake for 24 hours, I had wine, too much wine, a bottle [of wine] to try to black out. I had a glass and didn’t work. Two glasses, it didn’t work. Half bottle, didn’t work. I had it all.”

Speaking to MMA Junkie, Adesanya laughed off Costa’s comments and said that he has also done ‘certain things’ before some of his fights, but he has always found a way to come out on top.

“That’s just funny,” Adesanya said. “There’s certain things I’ve done before some of my fights in the past where I learnt my mistakes, but I went in and got my job done. Some people aren’t cut out for that lifestyle.”

Adesanya also advised Costa to swallow his pride, take the loss on the chin and reassess his game, because he’s never going to get far in life making ‘excuses’.

“I’ll tell you one thing: The best thing to do in his position is accept the fact he lost,” Adesanya said. “He got his ass whooped. The fact that he keeps trying to make all these excuses, it’s only going to do him worse in the long run. He’s making excuses because his ego can’t handle the fact that ‘The Skinny Clown’ whooped his ass badly then double-tapped him twice.

“Just swallow your ego. You got your ass whooped. Get back to the drawing board and reassess your whole game. You can’t just rest on that because if you do – this is my advice – you’ll never get far in life, or in this game.”

Costa’s hangover comments have drawn strong reactions throughout the MMA community, including those who keep a close eye on the game. Speaking on his ESPN show with Ariel Helwani, Daniel Cormier grilled ‘Borrachinha’ for saying ‘the dumbest stuff’ he’s ever heard.

“It’s a joke, it’s an absolute joke,” Cormier said. “He’s out of his mind. This dude Paulo Costa is gonna kill me when he sees me. He legitimately says some of the dumbest stuff I’ve ever heard in my entire life. I don’t know who is advising this young man. This is the stuff you say after, ‘Oh man I got drunk,’ because you didn’t have time to think of an excuse. It took you six months to come up with ‘you got drunk, you drank too much wine’ … who told him to put that out there?”

Do you agree with Israel Adesanya and Daniel Cormier’s responses to Paulo Costa’s recent comments?

Luke Rockhold has also had his say on Costa’s excuse. Speaking to Submission Radio, the former UFC middleweight champion described it as ‘f***ing dumb’.

“Paulo Costa that guy is just annoying, stupid,” Rockhold said. “Talking about getting drunk off wine is just the dumbest thing I’ve ever f***ing heard. F***ing retarted. Shut up and stop making excuses like that. That is just far-fetched. Pretty dumb, pretty f***ing dumb.”

In response to the backlash, Costa took to social media to joke that ‘sober Costa is still undefeated’.