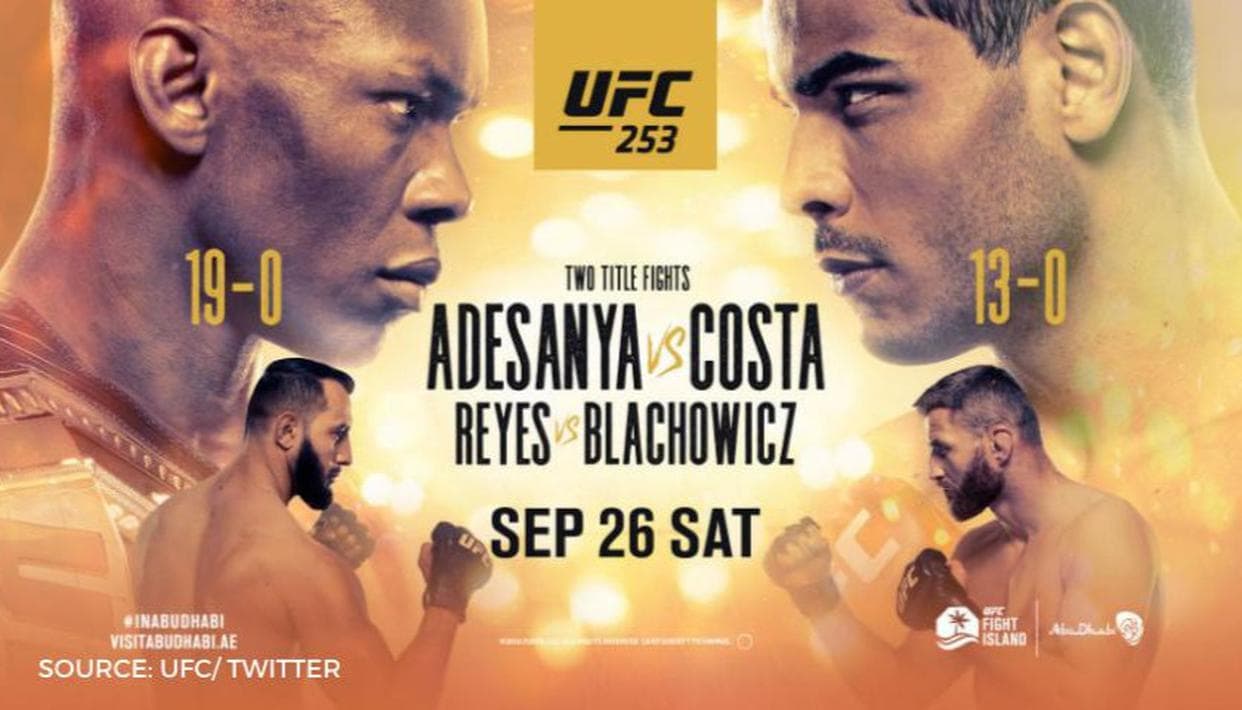 UFC 253 goes down this weekend on Yas Island in Abu Dhabi. The UFC‘s return to Fight Island, sees Israel Adesanya defend his middleweight title against Paulo Costa. The bad blood between the two will finally be resolved inside the Octagon, as someone’s 0 has to to.

Having won the title in spectacular fashion with a second round knockout of Robert Whittaker at UFC 243 a year ago, Adesanya’s first title defence against Yoel Romero at UFC 248 was a lacklustre affair. It was also the last fight the promotion had a fans in attendance. Costa is also coming off a win against ‘The Soldier of God’. Although the Brazilian’s was an all out war.

The UFC 253 co-main event will see a new light heavyweight champion crowned. As a result of Jon Jones vacating the belt last month, Dominick Reyes and Jan Blachowicz will fight for the 205lbs title. ‘The Dominator’ is coming off a controversial loss to ‘Bones’ at UFC 248, in a fight many thought he won. It was the 30 year old’s first professional loss. While the Polish 37 year old is on a three fight winning streak, and is coming off a first round knockout over Corey Anderson earlier this year at UFC Rio Rancho.

This is how the MMA world reacted to UFC 253:

We will continue to add more post fight videos in the upcoming days.