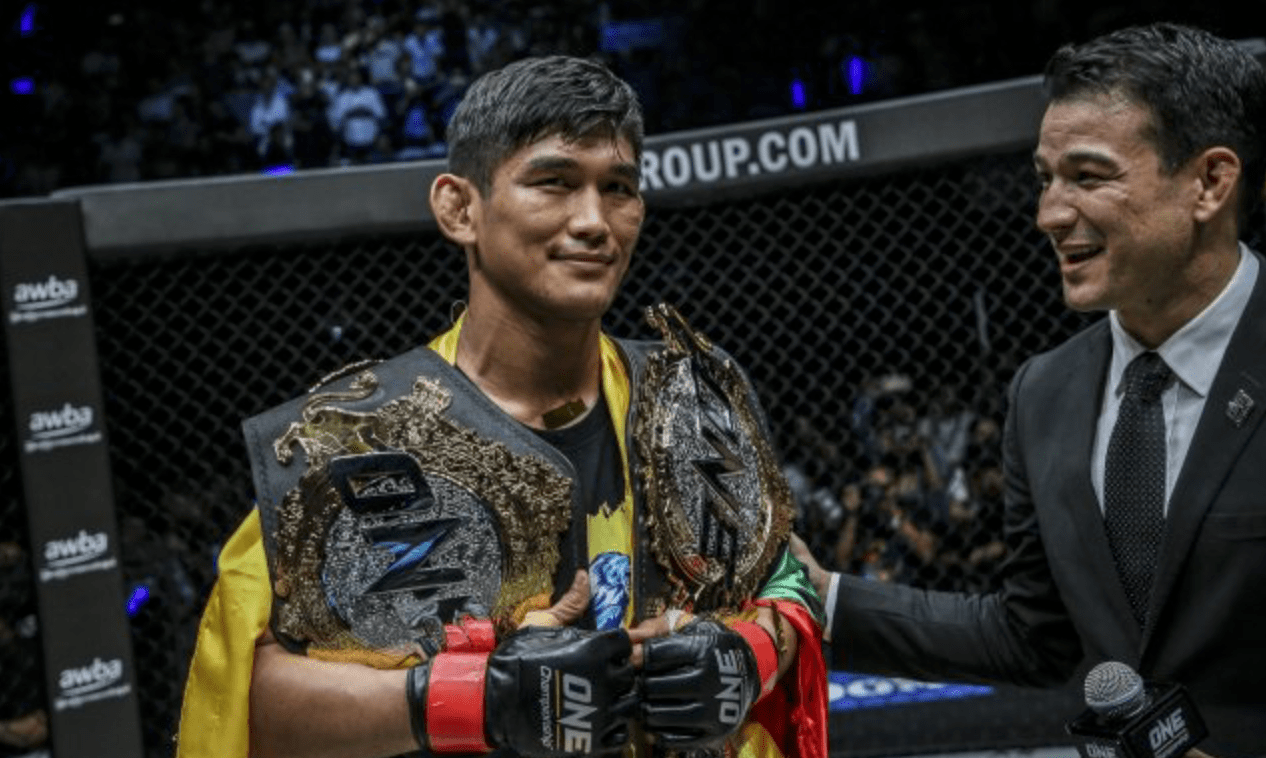 But Myanmar’s biggest sporting icon is far from being satisfied about his mixed martial arts achievements to date. In fact, Aung La professes a better 2020 for him and cited the factors that will make it possible.

Despite being successful in retaining his light heavyweight crown last October, ‘The Burmese Python’ lays down his plan to reassert his dominance in the middleweight division and named the next three possible challengers.

“There is a Dutch guy who is undefeated at 11-0, Reinier de Ridder. He has two fights in ONE Championship — two quick wins. That would be a good fight for me,” stated Aung La.

“Also, Vitaly Bigdash and Leandro Ataides — those would be good challenges. Those are three people that come to the top of my head. I want to fight all of them. Line them up,” he added.

Aung La wants to tear down the competition in the middleweight and light heavyweight divisions by defeating every challenger that the promotion would serve him.

However, there is one particular opponent that the Burmese superstar isn’t prepared to share the ONE Circle with – his training partner, Vitor Belfort.

“Vitor and I are brothers. He and I talk all the time, and there is no way I would fight him. He and I train together. I don’t think what I want and what he wants are the same. We’re not after the same thing.

And it’s not only opponents Aung La Nsang has his eye on in 2020, the 34 year old also has one eye on returning to Myanmar in the new year for a huge show in a football stadium.

“At the end of the year, I hope we can hold a soccer stadium event in Myanmar when it doesn’t rain so we can do it with the open roof. Imagine 50,000 people in the stadium in Myanmar. That would be crazy!”

Who would you like to see Aung La Nsang face next?