UFC: Is BJ Penn Ready To Hang Up His Gloves For Good? 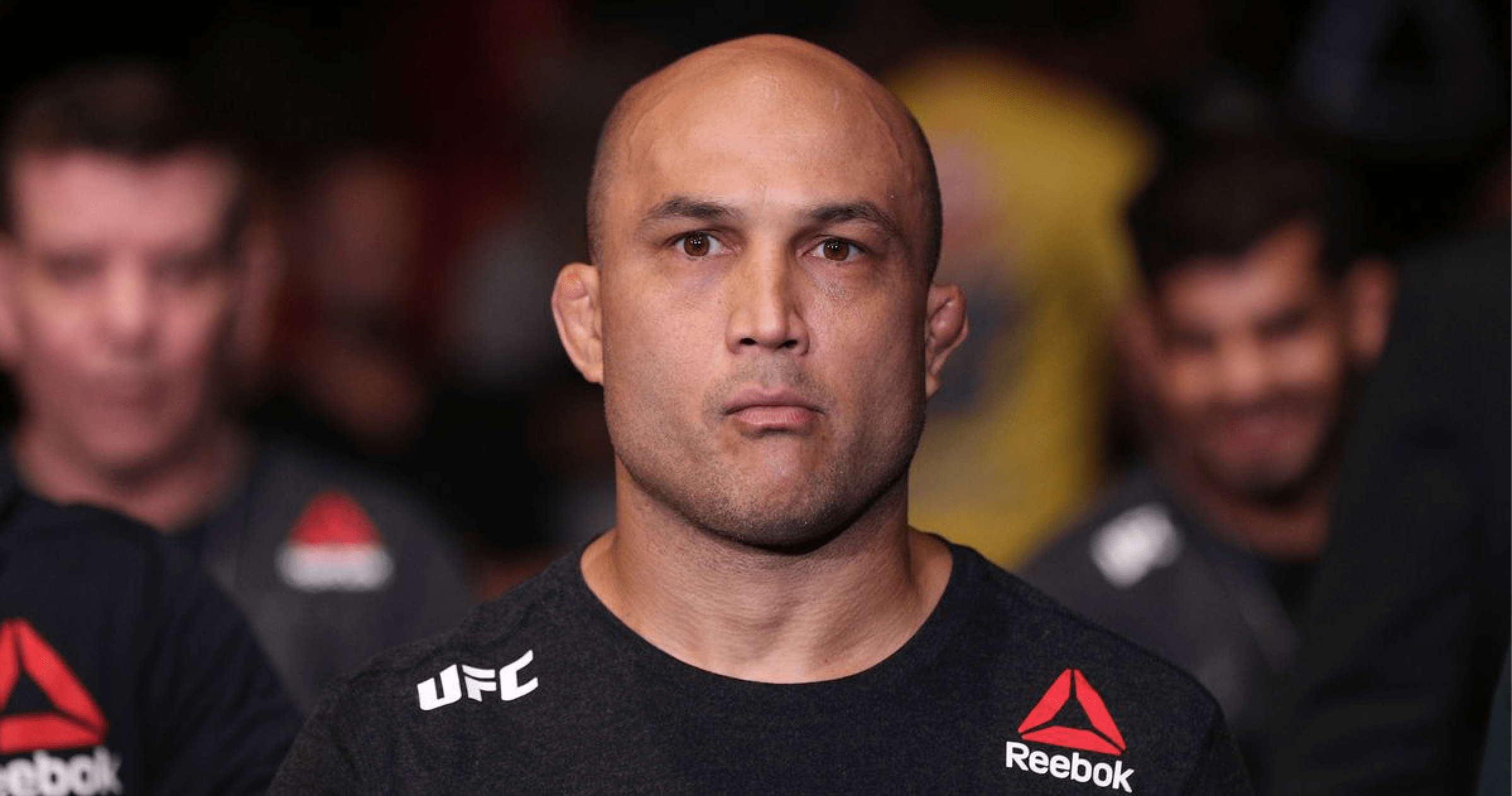 Is BJ Penn ready to call it a day and hang up the 4oz gloves? This looks like a decision the UFC Hall of Famer is slowly starting to consider.

Penn (16-14-2) was the first fighter in UFC history to win titles in multiple weight divisions and has been fighting in the UFC for almost two decades. In the first decade, BJ was on a mission and had accumulated 17 wins out of 21 fights, carving out a great legacy. However since his win against Diego Sanchez in Dec 2009, the Hawaiian has gone on to lose nine out of his last eleven fights.

In the last decade, Penn’s only win was a 1st round knockout of his long time rival Matt Hughes at UFC 123, almost ten years ago. Since that fight, he has accumulated a seven fight losing streak, the longest in the UFC’s history. Outside of the Octagon, Penn has been in the headlines for all the wrong reasons, including violent altercations and a string of legal issues.

Speaking to his longtime coach Jason Parillo on Instagram Live (as transcribed by MMAJunkie), Penn discussed the possibility of him fighting again and opened up on what goes into preparing for a fight.

“It takes a lot of work. It takes too much. Too much (expletive) work. At this age, it just takes too much f***ing work. You never know what’s going to happen, but it takes so much work.”

With seven losses in a row, the general consensus has been that Penn should hang up his gloves for good. However, according to the 41 year old, some people are telling him to continue fighting.

We know that if Penn decides to come back and fight again, it won’t be in the UFC. Dana White released him last September, after videos surfaced online of him fighting in the streets of Hawaii.

Many fighters when they retire have trouble filling in the void, left from having no goals or fight camps to go through. This is something Penn can relate to.

“If I can get anything else going it would be nice,” Penn said. “If I could get anything else going in life than just a fist fight, it would be nice. But it’s so fun and I love the process and all those things about it. Then you get in the gym and start doing good with active fighters and next thing you know you’re trying to fight and biting off more than you can chew. You might be, you might not be. But the process itself it’s a lot to just do a camp or whatever.”

While Penn still really likes to fight, he’s beginning to see that he can’t go on fighting forever.

“I guess when you have something to prove that’s when you can fight the best,” Penn said. “It’s like, ‘Hey man, you already proved yourself.’ It’s not about proving myself, I just really like doing this. But you can’t go out and keep getting hurt. That just don’t make sense to anybody.”

What do you think, should BJ Penn stay retired?