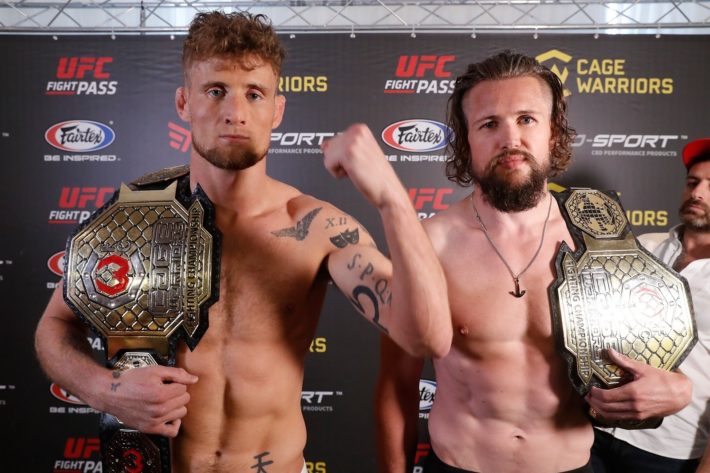 This past weekend, Cage Warriors returned with the Night of Champions show in London. In the main event, the Cage Warriors Welterweight Championship was on the line, with defending champion Ross Houston taking on the interim champion, Nicolas Dalby.

The welterweight title fight saw both the competitors getting opened up, as the canvas was covered in crimson red. While Ross opened up Dalby in the first round, Nicolas returned the favour by breaking Houston’s nose in the second round.

However, due to the excessive amount of blood on the canvas, both the fighters had difficulty fighting on the slippery surface, and Marc Goddard, who was refereeing the fight called it off, with the fight ending in a no contest.

After the fight, both fighters wanted to settle the score at UFC Copenhagen.

In the co-main event, Jai Herbert and Jack Grant fought for the vacant Cage Warriors Lightweight Championship. Herbert stopped his opponent in the third round via strikes, to win the vacant lightweight title.