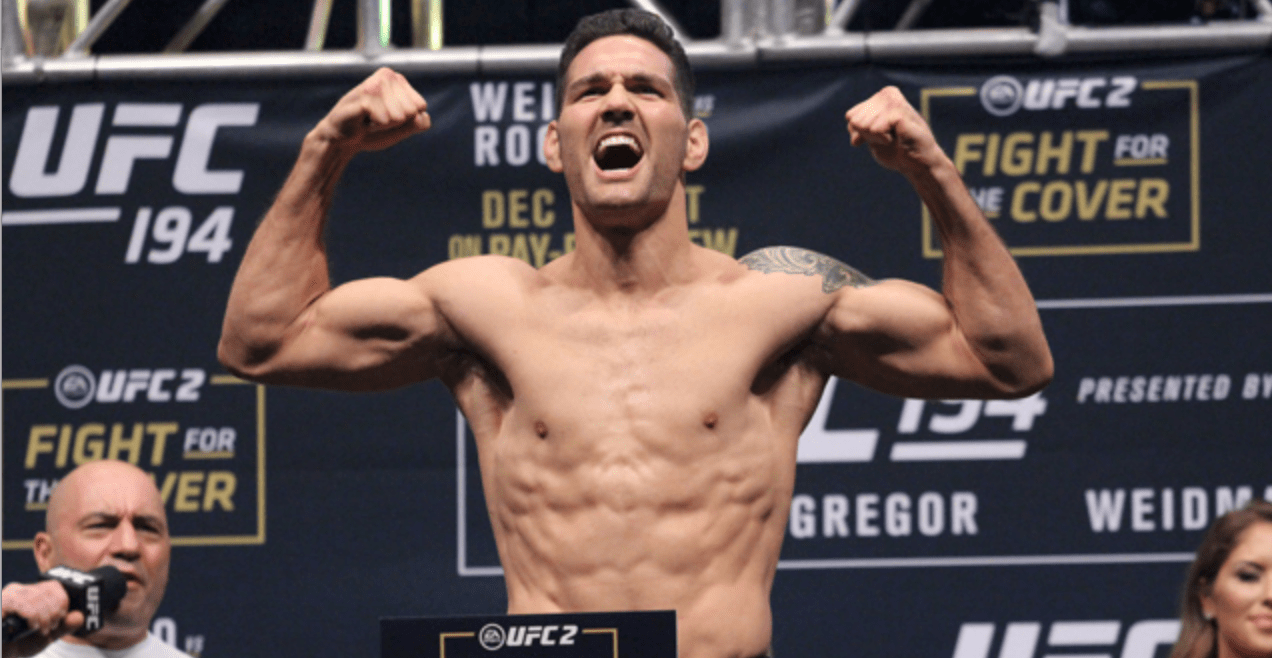 Yesterday, Chris Weidman announced that he is moving up to light heavyweight. He follows Luke Rockhold, who also recently moved from 185lbs to 2015lbs.

Speaking to TSN’s Aaron Bronsteter at UFC 238, the former UFC middleweight champion explained his reasons for moving up to the UFC light heavyweight division.

“The goal was always to go up to 205 at some point. When I first started fighting, I was undefeated, I was world champion, the goal was to two more times at 185 and then go up to 205 and fight up there.

“After two surgeries in a row, I just want to keep by body as strong as possible and not depleted, and I think the weight cut and keeping my weight low, I think could be an issue for me, where I was getting injured a lot.”

The 34 year old, who lost his middleweight crown to Rockhold at UFC 194, also stated that he was open to a rematch at 205lbs.

Weidman last fought at UFC 230 last November, where he lost to ‘Jacare’ Souza.

Who would you like to see Chris Weidman compete against in his light heavyweight debut?