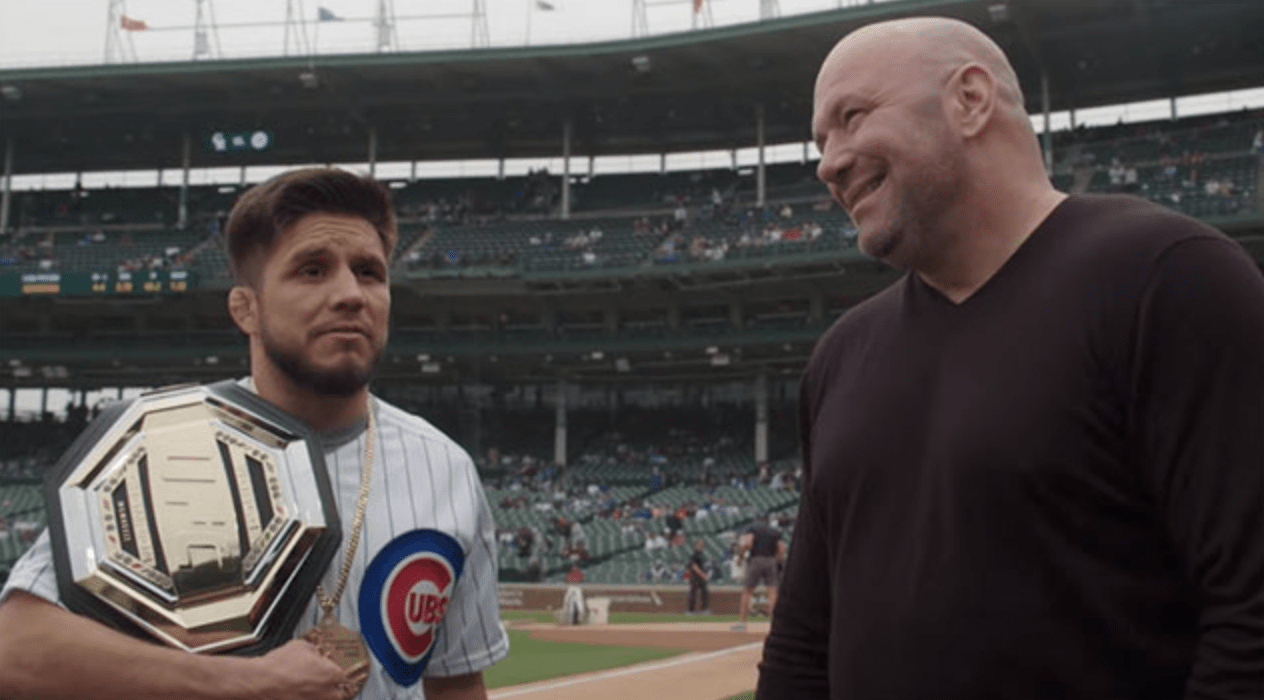 After months of uncertainty, it looks like the UFC flyweight division is here to stay. This is according to UFC president Dana White, who was asked about the 125lbs division, following Henry Cejudo’s win over Marlon Moraes.

In the main event in Chicago, Cejudo finished Moraes at the end of the third round, to become the Champ Champ. Now holding the belt in the flyweight and bantamweight divisions.

After the fight, Dana told the post fight press conference that he was blown away with Cejudo’s performance (as transcribed by MMA Fighting).

“I’m blown away by his performance. I’m never gonna doubt that kid again. Tonight, going into this fight, Moraes is bigger, stronger, explosive, has a ton of weapons, and he was busting his legs up. Cejudo, what he did tonight he did it with no legs too. That guy had no legs left. I thought this fight was 10-12 leg kicks away from being over and the way that he adapted in that second round and switched up the entire fight, running right into Marlon and trading with him, then he puts him in the clinch and hits him with, like, 10 knees to the face. The knees to the body that he was hitting him with, it was unbelievable. I am blown away.

“This guy has heard it all from, ‘You didn’t really beat Demetrious,’ ‘It was a fluke when you knocked out T.J.’ You can’t deny the guy anymore. He’s awesome.”

So impressed with the performance, Dana stated that he believes Cejudo will defend both belts.

“I said if he could get through Marlon Moraes, absolutely. Does anyone in this room think he couldn’t defend both titles? After the Marlon fight, I’m blown away by it. He didn’t just go in there and try to wrestle and put him against the fence and get on top of him. He ran right into him and… f***ing wow, I’m blown away.”

And with that praise, the UFC boss insinuated that the UFC flyweight division will not be going anywhere

“Obviously, him winning had a lot to do with the division.

“Have I said that it’s going away? Did I say it’s leaving? I haven’t even talked about that division in months.”

When pushed to confirm that means the flyweight division is staying, Dana confirmed the news.

“I just did. It is confirmed.”

While this is great news, it will be interesting to see what happens in the division going forward. Over recent months, the UFC has released so many fighters, there are only twelve fighters in the flyweight rankings now.