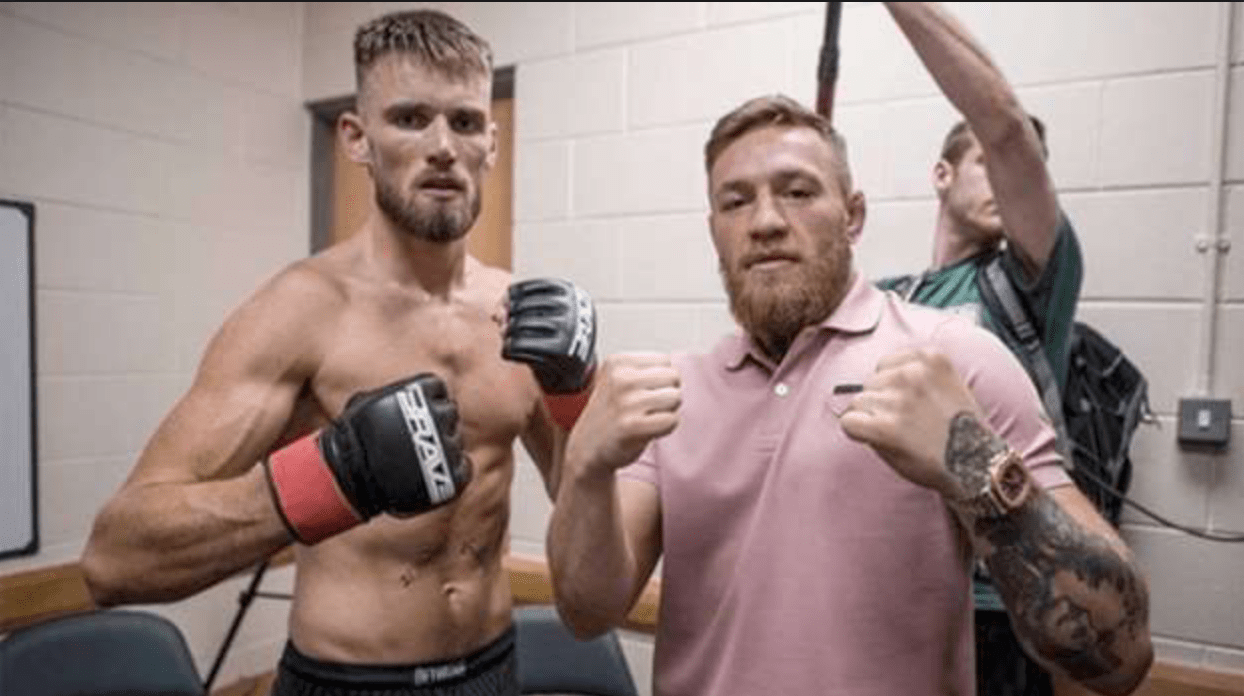 An exciting lightweight match up has been confirmed for Brave 22. SBG Ireland’s Cian Cowley will face New Zealand’s John Brewin, who fights out of Bali MMA and Auckland MMA.

Cowley, who trains with Conor McGregor, made the headlines last year, after being arrested with McGregor for the infamous bus attack at UFC 223.

Since the incident, Cowley has signed with Brave Combat Federation and won both his fights, finishing both via TKO.

Brewin, who trains with ONE Championship fighters Ev Ting and Andrew Leone, has a 4-1 professional MMA record. Having come off his first loss, last time out to Anas Siraj Mounir, at Brave 20.

Brave 22 goes down on March 15th at the Mall Of Asia Arena in Manila, Philippines. The card is headlined by Team Lakay’s Stephen Loman defending his bantamweight title against Elias Boudegzdame.