Conor McGregor: Any Fool Can Win One Belt 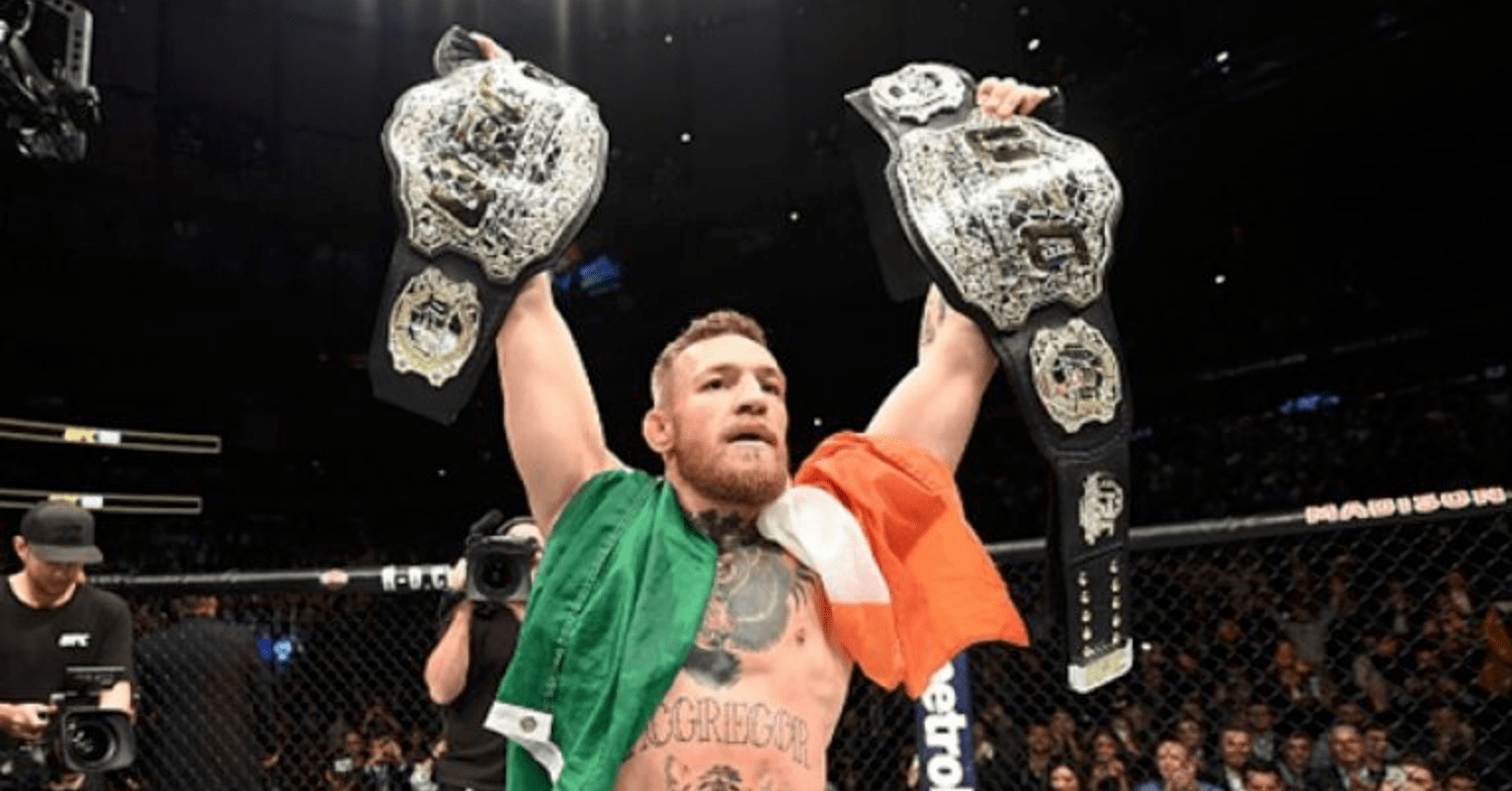 Conor McGregor has taken to Twitter to look back at his first encounter with Nate Diaz, that went down three years ago. Referring to it as one of the craziest fights ever. Adding that his last fight with Khabib, was also a little wild.

Moments later, the former double champion tweeted again, saying the reason he becomes a two weight champion, is because ‘any fool can do it once’.

McGregor was the featherweight and lightweight champion in Cage Warriors, before signing with the UFC. He then achieved the same accomplishment in the UFC when he beat Eddie Alvarez at UFC 205, to add the lightweight title to his featherweight title, that he won by beating Jose Aldo a year earlier.

Although he has been a double champion in two organisations, McGregor has never defended a title.

A little while after these tweets, McGregor posted another tweet, this time looking back at his boxing contest with Floyd Mayweather.

McGregor is currently suspended until next month, for his part in the UFC 229 fracas, after he lost to the current UFC lightweight champion, Khabib Nurmagomedov.

According to UFC President Dana White, McGregor is obsessed with avenging his loss to Khabib, much like he was with Nate Diaz after their first fight. Dana said he expects to see McGregor return to the Octagon around late summer time.