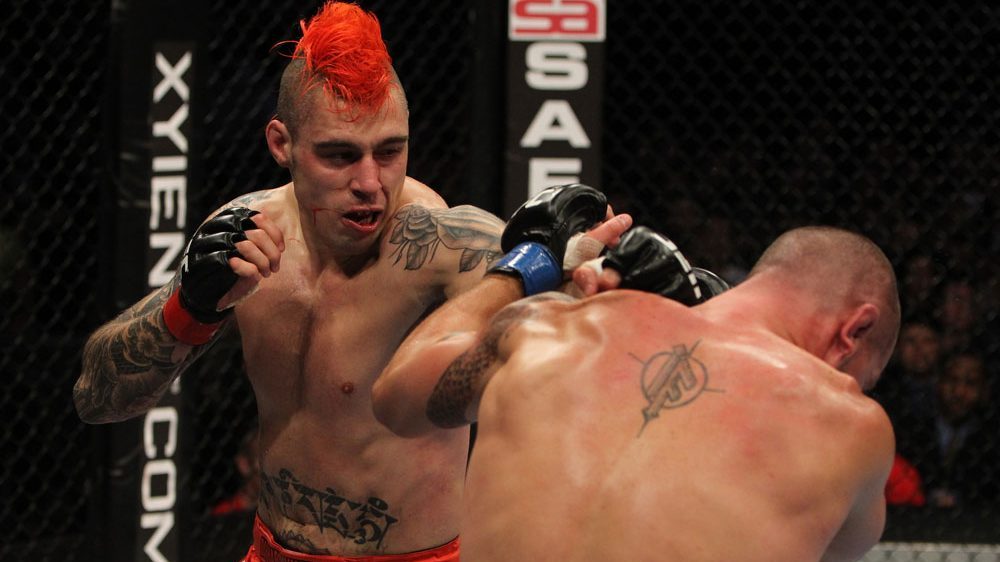 Dan Hardy has done remarkably well as an announcer, and an analyst for the UFC. The former welterweight title contender retired from the sport back in 2012 due to Wolff-Parkinson-White syndrome, a heart disorder. However, ‘The Outlaw’ has since expressed his interest in returning to the Octagon.

And the man he’d like to make his return against is someone who has seen his popularity sky-rocket over the last three years. Nate Diaz returned at UFC 241 after a three-year hiatus to beat Anthony Pettis. Diaz will now face Jorge Masvidal in the main event of UFC 244 inside the iconic MSG. And understandably, everyone wants to fight the Stockton native.

Speaking with ESPN, Dan Hardy said that he’d like to face Nate Diaz in his return fight. Hardy had previously expressed his interest in re-entering the USADA testing pool.

Hardy also talked about how he envisioned the fight to unravel, and predicated a knockout finish.

“Oh, I’d eat his lead leg up until he starts falling onto my punches and then I knock him out. Simple”, he said.

Nate Diaz will face Jorge Masvidal in the main event of UFC 244, with the two stars duking it out for the ‘Baddest MF’er’ title. There are even rumours that Dana White is currently preparing a customized belt for the winner.