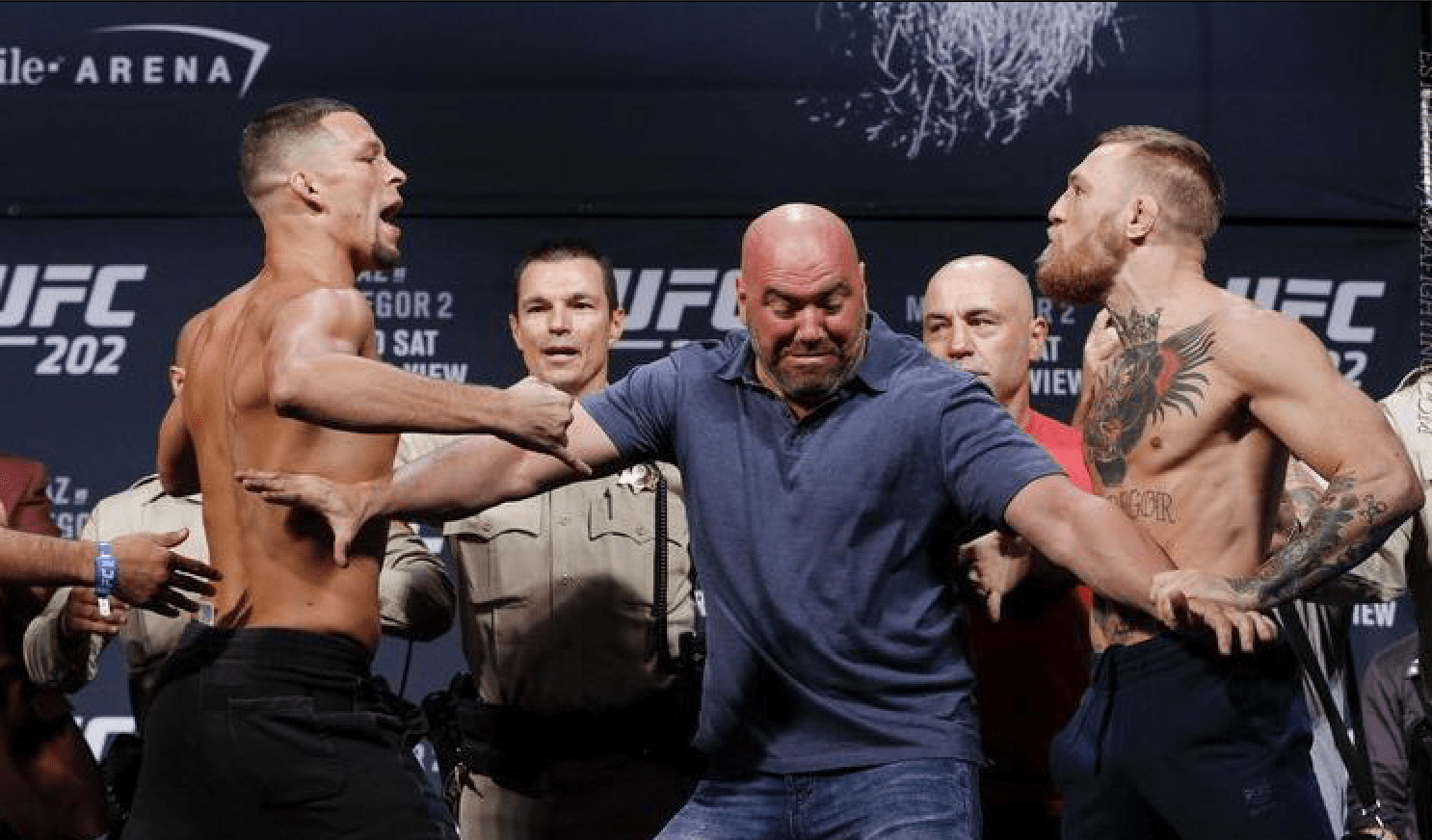 Dana White has seen a very productive 2020 so far; the UFC has been one of the most active sports organisations in the world amid the global COVID-19 pandemic.

Earlier this week, Dana stated that “the [UFC] brand has never been bigger or stronger than it is right now”. This, in spite of the uncertainty surrounding the future of some of its biggest starts, including Conor McGregor and Jon Jones.

The Return Of Conor McGregor?

Speaking to Kevin Iole of Yahoo Sports (as transcribed by BJPenn.com), Dana opened up on McGregor and Nate Diaz’s future. As well as a possible lightweight matchup between Tony Ferguson and Dan Hooker.

When asked about the fact that McGregor has stayed in the USADA testing pool even after he announced his retirement earlier this year, Dana responded by saying that many fighters stay continue to get tested without ever coming back from retirement.

“People have retired and stayed in the testing pool. It has happened before. And then they get tired of it and bail out of it.”

The Return Of Nate Diaz?

The UFC president also addressed inquiries about Nate Diaz’s future, stating that the Stockton star will be stepping in the Octagon once more. Dana expressed his expectation to see the Californian competing under the promotion again in conversation with .

Earlier this week, Dan Hooker made a case to take on Tony Ferguson. When asked about ‘The Hangman’s’ comments, Dana refused to commit one way or another on what would be a real fan favourite fight in the lightweight division.

“Can Hooker fight Ferguson? I don’t know, we’ll see,” Dana said. “He put on an incredible performance in his last fight. He looked great and we’ll get you figured out Dan, I promise. Like I said, I’m not making fights right now. I’m still over here [on Fight Island] doing what I’m doing here.”

How do you like the sound of Conor McGregor vs Nate Diaz 3 and Tony Ferguson vs Dan Hooker?