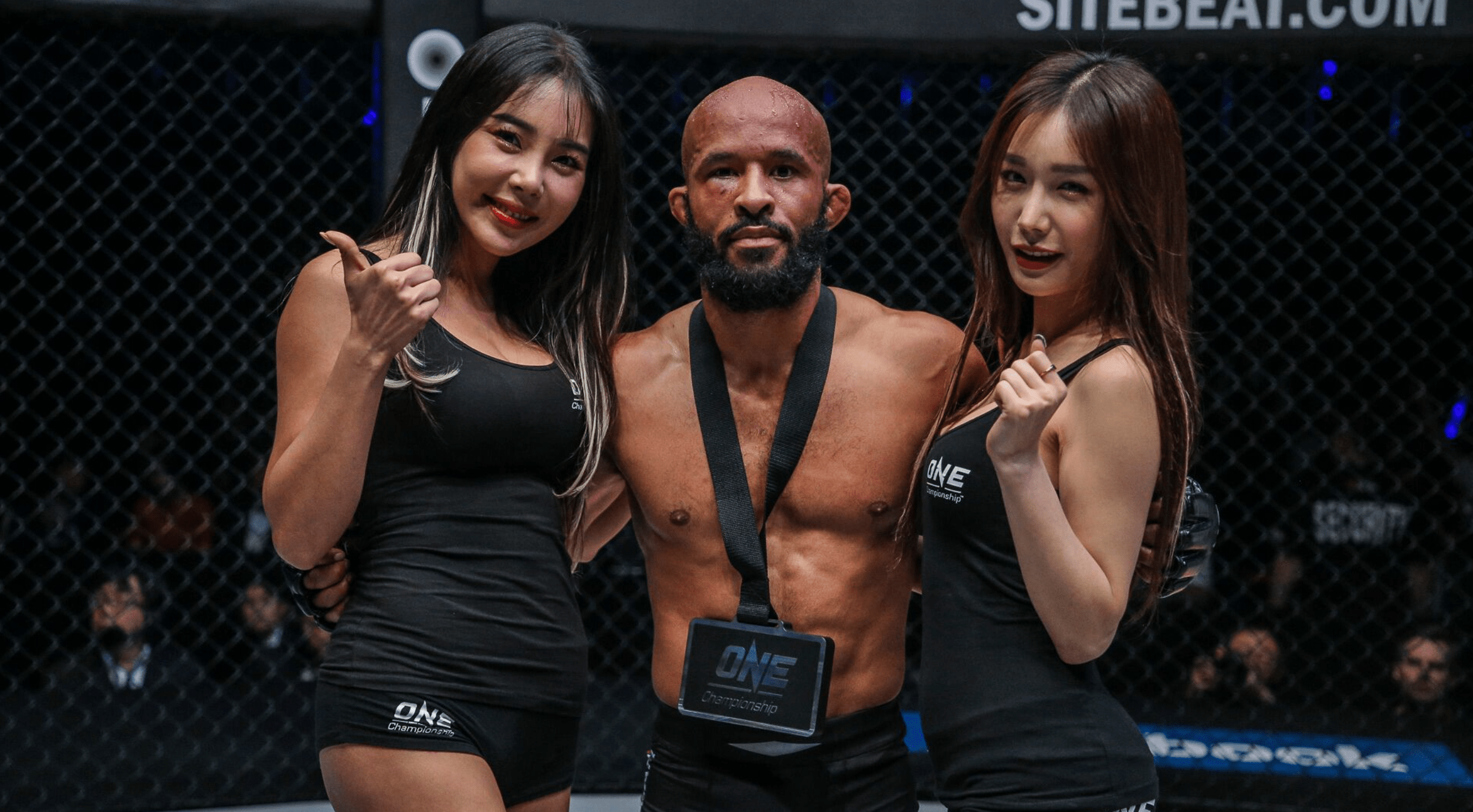 Former UFC flyweight king Demetrious Johnson, isn’t worried about the prospect of challenging the ONE flyweight champion Adriano Moraes, in an empty arena.

Since moving to ONE Championship from the UFC, ‘Mighty Mouse’ has won all three of his fights. Most recently defeating Danny Kingad at ONE: Century, to win the ONE Flyweight World Grand Prix. And in doing so, earned the right to challenge Moraes for the ONE flyweight title.

Johnson and Moraes were originally going to fight in Chongqing, China on April 11th. But due to the ongoing coronavirus pandemic, the title bout was moved to Jakarta on the same weekend, and then later moved to Manila on May 29th. However, ONE has just announced that all of their events in May have been postponed, because of the pandemic.

In an interview with MMA Fighting, Demetrious opened up on his preparations during the lockdown.

“It doesn’t at all, because I’m not always thinking about fighting,” Johnson said. “I have so much s*** going on in my life that I’m not even going to worry about training or fighting with everything that’s going on. Mentally, it’s not hard whatsoever. I’ve got a lot of stuff on my plate, a lot of things I’ve been working on and a lot of things I can’t wait to launch, I guess you can say.”

Johnson is a Washington resident and his state was among the first to enter a full lockdown. With weeks of practice behind him, it appears that ‘Mighty Mouse’ has mastered the art of living well under challenging conditions.

“Structure is key and balance is key. We wake up in the morning and after we eat breakfast, schooling starts at 9:00. We have one kid in a school room, the other kid in the living room with our daughter. We put their faces down in some books and after a while when we see they’re both passed out, we’re like, ‘Okay, go do whatever you want. Jump on your iPad, go play some video games, do whatever you want.’

“That’s when my daughter goes down for a nap. When she wakes up from her nap, everybody gets back to work. We have things, and then when you’re done with that, we go play, we have dinner together, go play, put the kids down to bed. It’s all about structure and balance. I’m a black-and-white type of dude. I’m like, ‘Are we doing this? Yes or no.’ My wife’s the other way, ‘Let’s just see and play it by ear.’ So you’ve got to have that balance.”

Demetrious was six weeks into his fight camp for his attempt at claiming ONE Championship gold, when social restrictions were first imposed in Washington. With no date or venue set for his upcoming bout, Johnson is focusing on staying healthy.

DJ also stated that a fight in an empty stadium will not have an impact on his performance, as he’s already performed flawlessly under similar circumstances in the past.

“I thought about it, but I was just going back to when I fought on the prelims and on Facebook, [and] there’s nobody in the stands. I remember I was talking to [former UFC fighter] Andrew Craig at Onnit and he goes, ‘Man, wouldn’t it be weird to fight when nobody’s in the stands.’ I was like, ‘S***, I’ve been there.’ I competed in the Tacoma Dome in front of 35,000 people wrestling for a state championship, and I’ve competed in empty arenas before. So I’ve been on both spectrums.

“Even in mixed martial arts, I’ve competed in front of 30,000 people in Toronto and Vegas, etc., etc., and I’ve competed in North America the very first fight of the night. It makes no difference.”

Johnson believes that an empty arena will make the battle with his opponent feel more ‘intimate’ and is drawing on his experience of fighting Yuya Wakamatsu at ONE: A New Era, at the Ryogoku Sumo Hall in Tokyo.

“You just block everything else out, you don’t notice it, and at the end of the day it becomes more of an intimate thing. What I mean by that is that when you have a crowd and all that stuff there, you’re trying to entertain the fans. When you don’t have the fans there and the crowd, it’s more of an intimate thing, because it’s everybody who’s part of the company instead of the fans who are enjoying the fight.

“Like when I fought in Japan for the first time in a sumo arena, it’s a very confined space arena, so it was more of an intimate fight instead of when I fight in Manila, where it’s a huge arena. It’s like, ‘Holy s***, this thing’s huge.’”

For Johnson, he’s going to enter the ONE Circle 100 percent prepared, regardless if there’s a crowd or not.

“It’s just another fight,” Johnson said. “That’s how I look at all my fights. I don’t look back on them like, man, that was the strangest time. I was just the first fight of the night, it was a prelim, and then I’m fighting over in Asia. So for me, I’ve been doing it since I was 18. Fights are fights.”

When Demetrious Johnson finally challenges Adriano Moraes for the ONE flyweight title, who do you think will walk away with the belt?