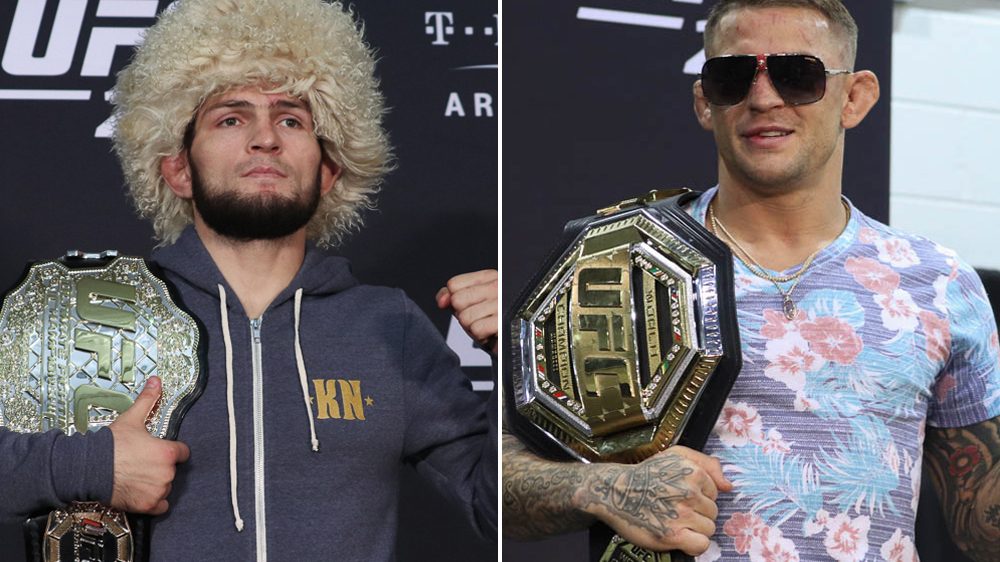 While Poirier understands the task at hand, he envisions an outcome different to the last 26 times Khabib made the walk to the cage.

“I keep going back and forth”, Poirier told MMA Junkie. “I feel like I can submit Khabib, but feel like I’m going to stop him. I don’t know how it’s going to happen, but I’m either going to knock him out or I’m going to submit him. I’m going to finish Khabib Nurmagomedov.”

While Dustin talked about submitting the grappling-heavy champion, he understands the risks involved in going to the ground with Nurmagomedov. Khabib is known for his smothering top game, and his ability to shut any fighter with his wrestling.

“I’m going to do something that’s never been done and I’m treating it that way. This is history. I’m about to make history.”

“Of course, it’s a huge danger“, Poirier said of Nurmagomedov’s top game and his wrestling. “I don’t want this guy to get on top of me and start pulling away with rounds. We only have five of them. If you let a guy lay on you for three, you need a finish. That’s not what I’m trying to do in there.”

“I’m not worried about his take downs so much. I need to hurt this guy. That’s a huge part of this training camp. Putting myself in good positions to win the rounds and win the fight. Staying off the fence. Getting up off the ground. But, at the same time, I need to do what I do.”

Since losing to Michael Johnson back in 2016, Dustin Poirier has been undefeated, amassing a record of five wins and one no contest in his previous six fights. For the interim champion, this fight is about him defining his legacy.

“I have the opportunity to make history and do something that’s never been done”, Poirier said. “I’m embracing that … I’m just excited that I put myself in this position and that I have an opportunity to show the world how great I am on the biggest scale possible and unify these belts. Make history – that’s what this is about.”