Eddie Alvarez Opens Up About His ONE Championship Debut Loss 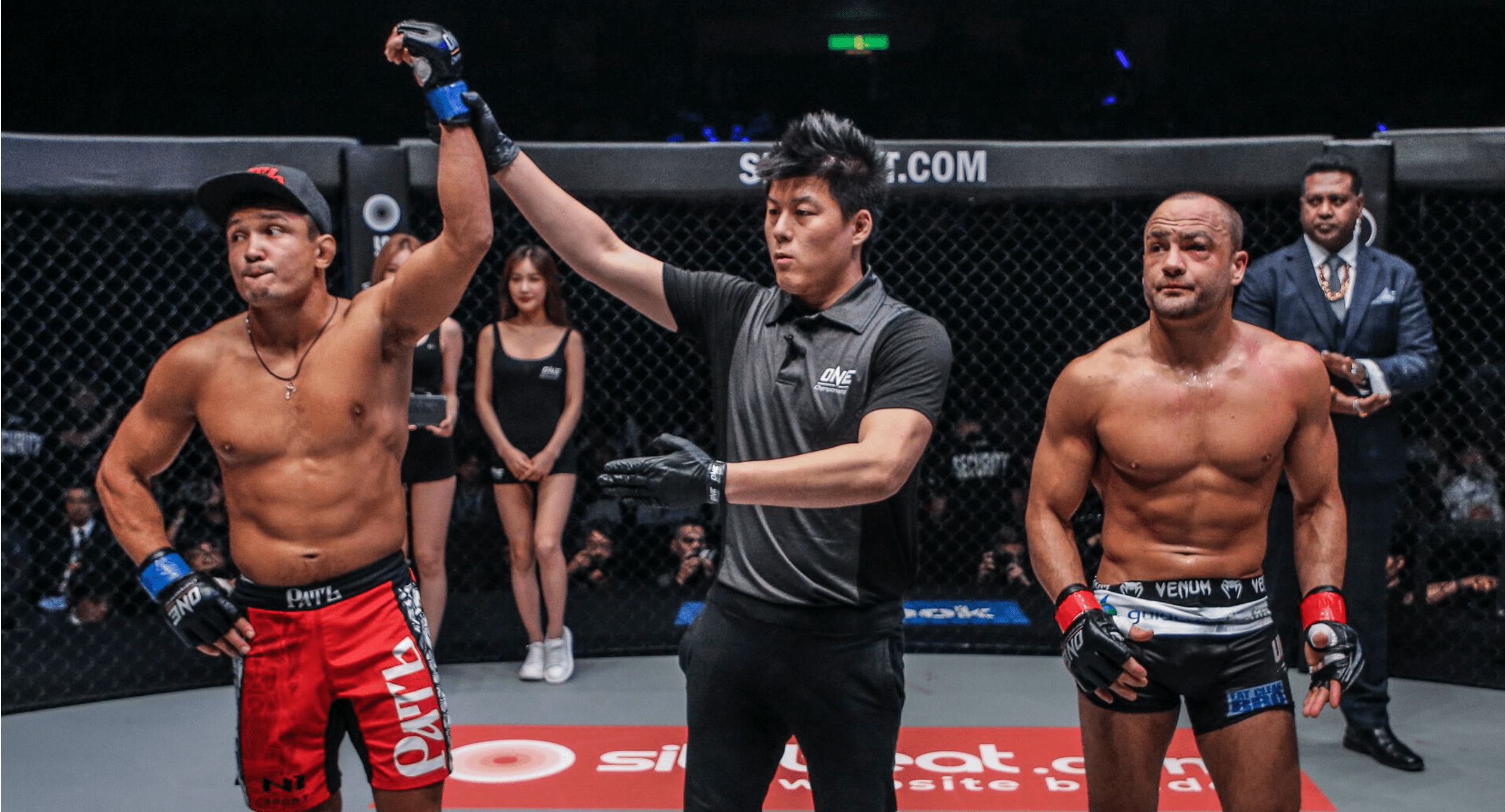 One of the major talking points of the week has been Eddie Alvarez, and his less than inspiring debut for ONE Championship. The former UFC Lightweight Champion was expected to make quick work of his opponent at ONE: A New Era in Tokyo this past weekend, but ‘The Underground King’ ended up losing to Timofey Nastyukhin via TKO in the first round.

Alvarez has remained conspicuously silent since then. However, the four-time lightweight champion took to social media to let his fans know about what happened this past weekend. Swipe right on the photo of his Instrgam post see photos of the gruesome eye injury.

“Hey guys. First and foremost congrats to Timofey in his victory”, Eddie wrote on his Instagram. “He is very deserving of everything that comes with victory and I wish him the best in the continued tournament . Honestly speaking how I fought my One Championship debut is not a reflection of my training my coaches , my team , it’s not even a reflection of my beliefs . I am sincerely disappointed and confused in my inability to not pull the trigger and my hesitancy on recent fight nights , it’s been quite confusing to figure out the past year or so . Coach Mark always stresses “hesitancy is Death” and it’s not something that is even in my character to do.”

“In this particular fight I waited too long for an opening and paid the ultimate price . The punch that hit me , instantly blinded me and split both eyelids in half . It felt like my eye exploded from the inside and the pain was instant . From an outsider watching myself I should of have expected the result considering my actions . You have to punch , kick , takedown and pressure to win a fight , I waited . I simply waited too long for the correct timing and opening that never came . Fighting continues to teach me life lessons thru my victories and even more through tough defeats . Victory and defeat are by products of putting it on the line , they have been inescapable throughout my whole life . I hope to be judged on how I adjust and pivot from defeat and behave in victory rather than the result of a small moment in time . To my Wife /kids family , coaches , teams mates , friends and to all the fans , thank you always for your continued support , doing this is very lonely and isolated , a simple pat on the back goes a long long way . Thank you thank you thank you . I will make adjustments and come back true to form.”