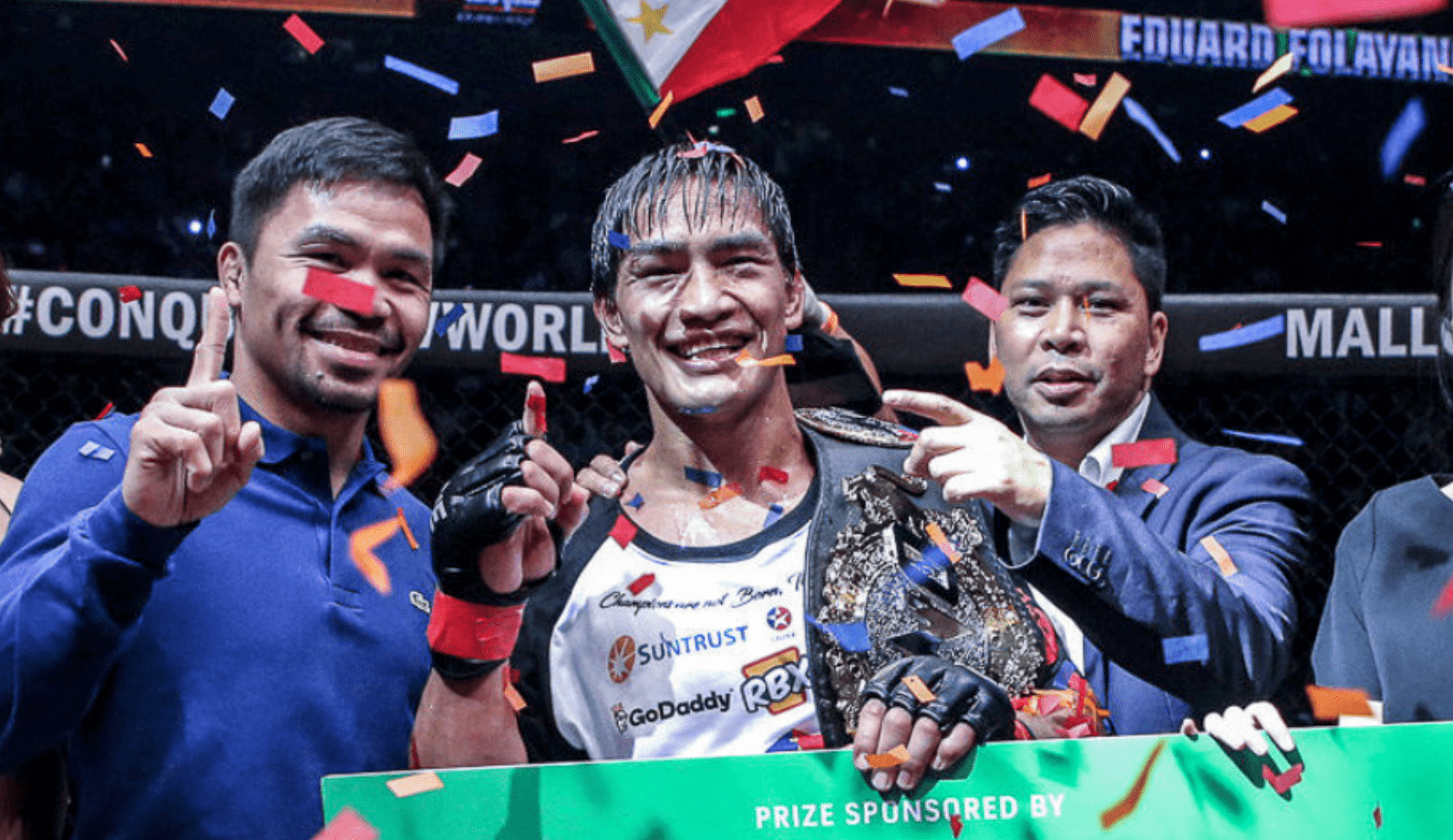 Eduard “Landslide” Folayang will defend his ONE Lightweight World Title against Shinya “Tobikan Judan” Aoki at  ONE: A NEW ERA on 31 March.

The rematch between the Filipino striker and the Japanese submission specialist will be held at the Ry?goku Kokugikan where Aoki gets the chance to rematch his tormentor after working his way back up the lightweight ladder with three impressive wins.

It’s a rematch that Folayang has long anticipated.

“I knew at one point or another, I would be facing Shinya [Aoki] again. It was inevitable,” Folayang said.

“He was quickly coming back up and I had just won the title again. Plus, the huge Japan event was announced. I anticipated defending the lightweight belt against him there.”

After learning that he will be defending his title against Aoki, Folayang was happy to show the world his improvements, especially in the grappling aspect of his game. And to be able to do that against a man known as “The Grandmaster of Flying Submissions” would be a testament of the Baguio City native’s hard work.

“Nevertheless, I am grateful for the opportunity to once again face this legend,” Folayang said.

“He’s the greatest submission artist in mixed martial arts history. I couldn’t be happier to headline this event against him. It is an honour.”

Folayang knows for a fact that Aoki is very dangerous when the action hits the mat, so Folayang has been putting in the extra work to fortify his takedown defense to keep the action on the feet.

With an entire nation sitting squarely on his shoulders, Folayang aims to notch what would perhaps be the biggest victory in his career thus far.

“As much as possible, I will not give him the opportunity to bring me down to the mat.”

“It all boils down to how well I defend myself from his takedowns, knowing how expertly he moves with this sole purpose in mind. Takedown defense is a very important part of my training right now and I am constantly improving in this area,” Folayang concluded.