Elias Mahmoudi Is Feeling More Fired Up Than Ever 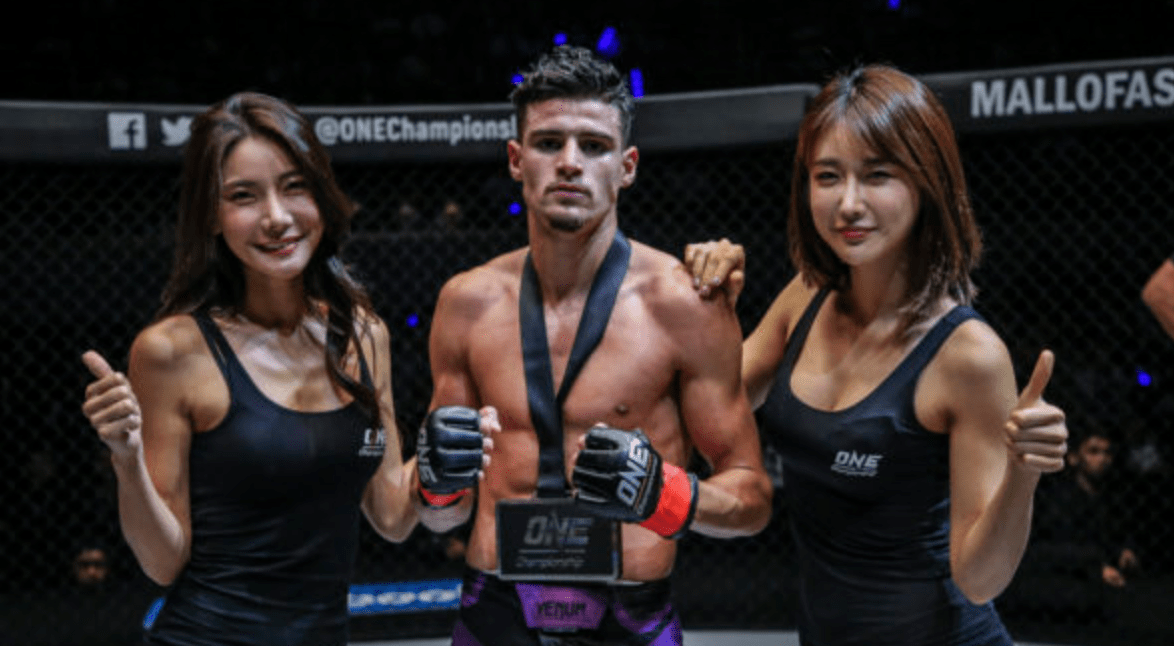 The inaugural ONE Flyweight Kickboxing World Champion will be crowned this Friday when two of the world’s most dynamic strikers go head-to-head inside Bangkok’s Impact Arena.

Elias “The Sniper” Mahmoudi of Algeria and Petchdam Petchyindee Academy of Thailand will battle it out on the co-main event of ONE: WARRIORS OF LIGHT, in a bid to etch their names in the history books.

The contest looks set to be a classic encounter between two fiercely competitive athletes, both of whom have dedicated their lives to martial arts.

At just 21-years of age, Mahmoudi has already claimed multiple World Championships and the French-Algerian looked sensational throughout his ONE debut in January at ONE: HERO’S ASCENT. Mahmoudi outclassed Japan’s Yukinori Ogasawara, producing a steady stream of highlight-reel attacks as he powered his way to a unanimous decision victory.

It was a memorable night not only for fans but also for Mahmoudi himself.

“Facing Ogasawara was a wonderful experience. It was my first time in a cage with mixed martial art gloves,” he said.

A global audience of over twenty million fans witnessed “The Sniper” make his first ONE appearance and viewing figures will be as high, if not higher for his second bout.

The Parisian native is aware of the sizeable number of viewers who will be tuning in to see him compete this Friday but when the action starts, his sole focus will be on the man sharing the ring with him.

“The fact that twenty million people are going to watch my bout does put a bit of pressure on me and it pushes me to make this event better but when I step in the cage, I forget everything around, it’s only me and him. And in the end, only one shall stand tall,” said Mahmoudi.

Mahmoudi’s opponent Petchdam is regarded as one of the best Thai athletes currently competing in the international arena. The 20-year-old’s flashy, crowd-pleasing style has made him a star in his home country as well as gaining him a considerable following amongst global martial arts fans.

However, while Mahmoudi respects the skills that Petchdam will bring to the pair’s match up, he is not intimidated by the task that awaits him in the Thai capital.

“I don’t think anything special about him, I know his strength and that if he’s there, it’s not due to luck,” Mahmoudi said.

“My training prep went well I just need to get accustomed to the jet lag and I’ll be at 100%. I’m always motivated when a bout is coming up no matter the issues but this ONE Championship World Title is firing me up even more!”

When the bell rings to start the action, the hopes of two nations will be resting on Mahmoudi’s shoulders. France and Algeria both have storied histories in combat sports and Mahmoudi is well aware of the French and Algerian athletes who have come before him.

“Kickboxing is a bit less famous in Algeria, but there are great athletes but not enough infrastructure. Still the first foreigner to ever take a Lumpinee title was Mourad Sari, a French citizen from Algeria,” he added.

“I’m rather young and I have a lot to learn but I wish to be a model for the younger generation. I try to pass by the gym when I have time to play with the young athletes because we are like a real family.”

When it comes to establishing his legacy, Mahmoudi has time on his side but like a true World Champion, he is taking nothing for granted and is keen to see how far he can progress in the sport he loves.

“I’m only 21 but I grew up in martial arts, ever since I could walk. I have a lot of things to prove to myself. Firstly winning this ONE World Title in kickboxing and why not trying to get it in Muay Thai too?

“In a few years why not transitioning to mixed martial arts to finish my martial arts journey. For myself I wish to be able to achieve a comfortable financial situation, to give myself body and soul into my career and engrave my name in martial arts history forever.”

Regardless of how his upcoming bout plays out, Mahmoudi looks set to keep thrilling ONE fans for a long time to come.