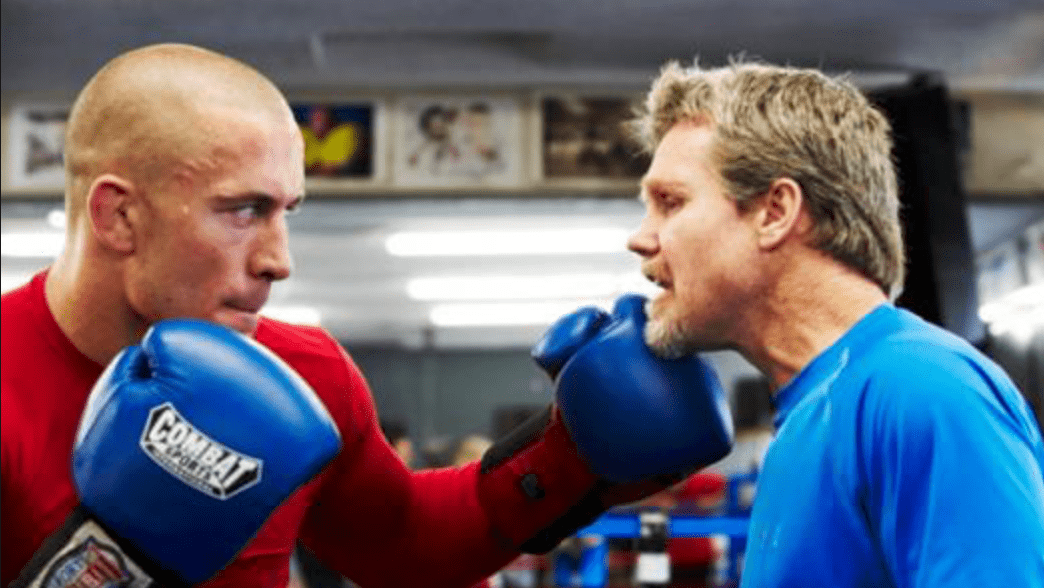 Long term boxing coach of Manny Pacquiao and Georges St-Pierre recently spoke to Brendan Schaub about the two fighters and what’s next for them. Speaking on Below The Belt, Roach said that GSP is looking for one more fight in the UFC.

“I think one more. Just one”

When asked who against, Roach had a very specific opponent in mind.

“The Irish boy. He’s got a big mouth.

The renowned boxing coach said GSP would be happy to move down to lightweight for a fight with McGregor, saying he wants to go down to 155lbs to win a third title.

“We’ll make the weight. Georges is on a new diet; he’s doing really great. We wanted to prove that we could go up to the higher weight division, and we did that. Then Dana got mad that we dropped that title. We want to go the lower weight now and be a three-time world champion, three weight divisions.

Speaking of Pacquiao, Roach said that they are looking for the Floyd Mayweather rematch, saying “that to like to me, is the most common sense [match up for Pacquiao]”.

Could we see GSP vs Conor McGregor and Pacquiao vs Mayweather in 2019?