Jose Aldo Sees Future In The UFC And Boxing 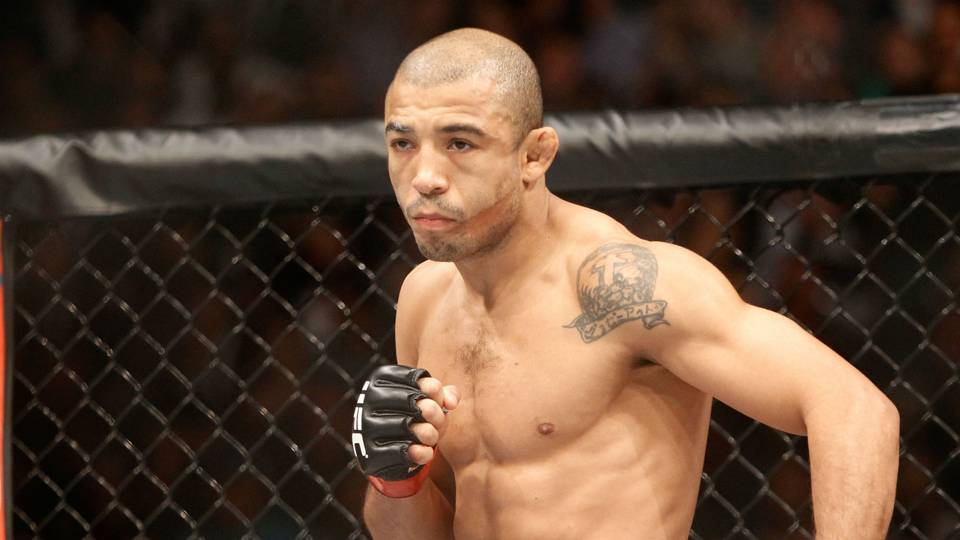 For a long time, former UFC featherweight king Jose Aldo, has insisted that he will retire from MMA once he’s fought out his UFC contract, saying that he wanted to make the switch to boxing.

Now with just two fights left of his UFC contract and two brilliant performances his his last two outings inside the Octagon, the Brazilian is more open to fighting on in the UFC.

In an ideal world, Aldo would like to carry on in the UFC but also box as well. As he recently told ESPN.

“My plan is to fight Alexander Volkanovski on May 11th [at UFC 237]. Then I’ll have only one fight left in my [UFC] contract, which I plan to have. But I already have another thing in mind: boxing.

“I want to push myself. I’m not here for a specific match. I won’t call anyone out. I want to start from the bottom, really push myself, get ranked and who knows … fight for the title one day. Of course, my name already puts me ahead of lots of guys.”

The 32 year old Aldo has set his sights set on winning the UFC featherweight title again, before hanging up his MMA gloves but understands that the UFC aren’t going to give him a title shot, if it’s his last fight of his contract.

“They’ll never let me fight for the title if I don’t have any fights left in my contract.

“Everything is about the negotiation. We are open to discuss. We can always have a conversation and try to find the best possible way to do it. I don’t see a problem in [re-signing with the UFC and being able to box]. I don’t see myself fighting MMA elsewhere but the UFC.

“[I’ve had] boxing offers. I had some talks back in the day, but the UFC wouldn’t let me do it. My contract is almost over, so we can open negotiations again. But what I need is things on paper. I need them to keep it real. I can’t swing and miss. I want everything done the right way. I want to sit with Dede and study the best offers.”

Although the UFC allowed Conor McGregor to fight Floyd Mayweather in the boxing ring, the promotion has generally refused to allow any fighters to participate in any other striking combat sports, whilst under contract.

However, with UFC President Dana White’s plans for the UFC to enter the boxing world, then the timing may very well work out perfectly for Aldo.