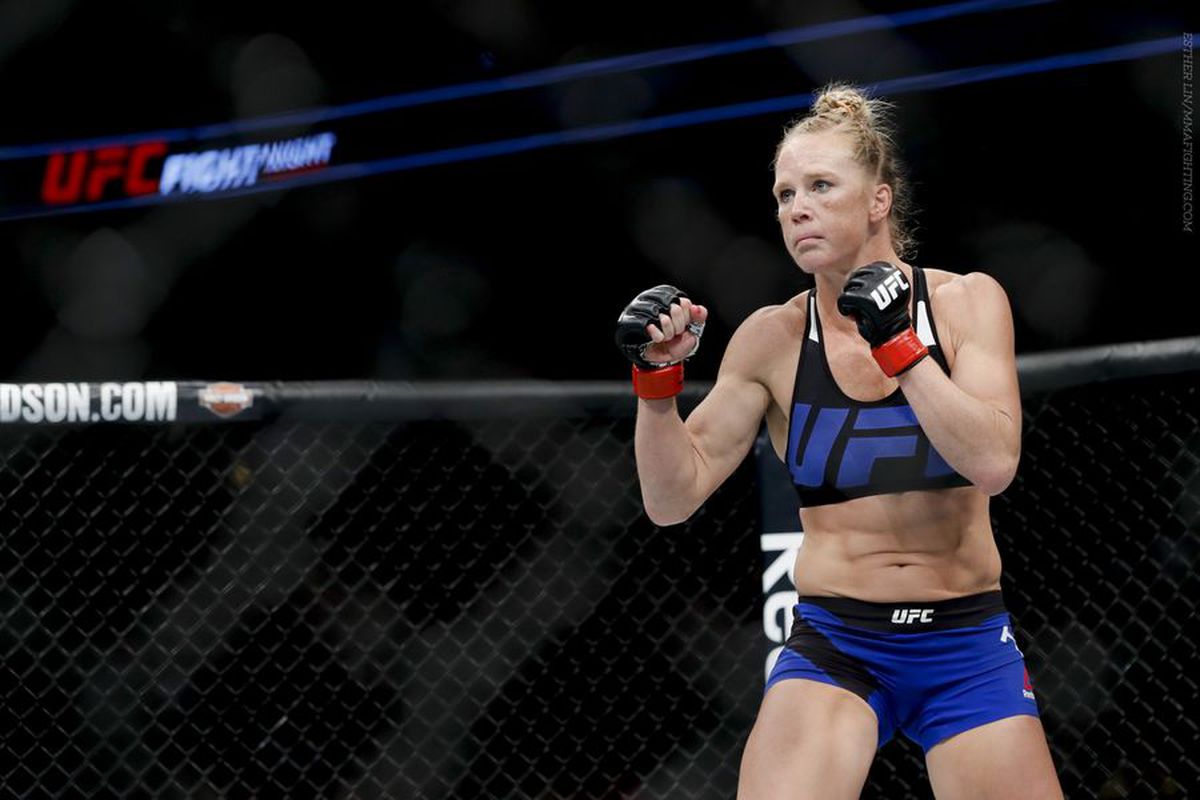 Holly Holm was scheduled to face Aspen Ladd at UFC 235. However, Dana White announced during the UFC 235 press conference that the fight has been scratched. Aspen Ladd then took to social media, saying she was disappointed with Holm pulling out of the fight.

Since then, Holly Holm ‘s manager revealed that the fight was nixed due to the on-going contract negotiations between Holly and the UFC. While the former UFC women’s bantamweight queen has since expressed her disappointment with the fight falling through, according to a recent report by Combate, she might not stay disappointed for too long.

According to the report, UFC and Holly’s management team are currently discussing about a potential match-up between Holly and the women’s bantamweight and featherweight champion, Amanda Nunes. Amanda has defeated the likes of Miesha Tate, Ronda Rousey, Valentina Shevchenko and more recently, Cris Cyborg, cementing her legacy as the greatest women’s MMA fighter in history!

While nothing has been confirmed yet, it would make sense for Holly to fight Nunes. Considering the fact that Nunes bulldozed her way through Cyborg, and has defeated more or less the top ranked bantamweights other than Holm, the former champion would like her odds, going into UFC 237.