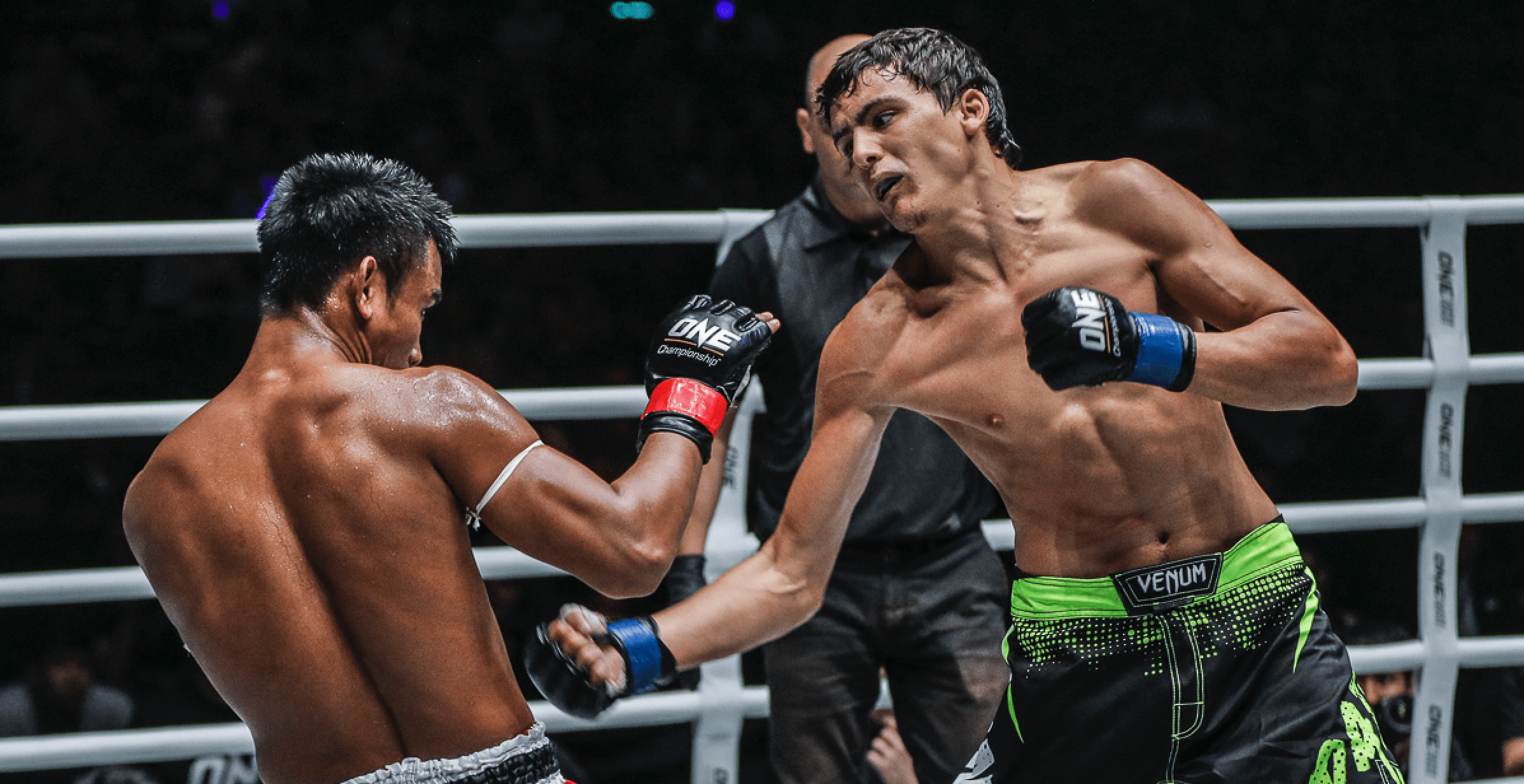 ONE Championship has just announced ONE: MARK OF GREATNESS, set for the Axiata Arena in Kuala Lumpur, Malaysia on Friday, December 6th. Once again, the absolute best in world-class martial arts talent will descend upon the ONE Circle to showcase their skills.

Ramazanov is a three-time IFMA World Champion from Dagestan, Russia, which is known for producing elite-level combat sports athletes. He made his ring debut once he turned 18 years old and has since put together an excellent record by winning almost all of his bouts to date. Training full-time at the prestigious Venum Training Camp in Thailand, Ramazanov now competes alongside the world’s best strikers in ONE Super Series. After a string of impressive victories, he has earned a shot at ONE Championship gold.

Ramazanov’s opponent, Zhang Chenglong, is a Top King Muay Thai World Champion who began training in sanda and Muay Thai from the age of 12. By the time he was 19 years old, Zhang had already built up a wealth of experience, having faced superstars like Longchai, Kiatpetch, and Singdam Kiatmoo9 in the ring. Now on an undefeated run in ONE Super Series, he challenges for the inaugural ONE Bantamweight Kickboxing World Title in the Malaysian capital.

In the co-main event, Sam-A Gaiyanghadao of Thailand will take on “Golden Boy” Wang Junguang of China for the inaugural ONE Strawweight Kickboxing World Championship.

Sam-A is known as one of the very best Muay Thai competitors of all time. Over the course of a stellar 25-year career spanning more than 400 bouts, he has captured Muay Thai World Titles across several weight classes. Sam-A joined ONE Super Series in 2018, and he became the inaugural ONE Flyweight Muay Thai World Champion. Now, he aims to make history once again by facing Junguang for the inaugural ONE Strawweight Kickboxing World Title.

Junguang is an Enfusion Kickboxing World Champion. He employs a boxing-heavy style and is relentless on the attack, mixing strikes to the head and body effectively. He recently joined ONE Super Series and is now testing himself in the world’s largest martial arts organisation. After an impressive first-round victory over Federico Roma, Junguang has earned a shot at glory.

Several other exciting matches have been confirmed for ONE: Mark Of Greatness and ONE Championship’s return to the Malaysian capital.

Radzuan is one of the finest female martial artists to emerge from Malaysia, having competed in various disciplines such as Brazilian Jiu-Jitsu, wushu, kickboxing, and boxing. She made her professional mixed martial arts debut in 2017 and since then, she has impressed with her well-rounded style. Along the way, Radzuan has defeated top talents including Priscilla Hertati Lumban Gaol and former ONE World Title challenger Jenny Huang.

Her opponent, Zamboanga, is a rising star in the Philippines and she comes from a family of martial artists. She now joins the world’s best talent to showcase her skills on the biggest global stage for martial arts competition. Zamboanga won’t have an easy go in her promotional debut, however, as Radzuan is one of the top competitors in the women’s atomweight division.

Former ONE World Title challengers Agilan “Alligator” Thani of Malaysia and Mohammad “O Lutador” Karaki of Lebanon will square off in a welterweight contest.

The 24-year-old Thani is one of the finest martial arts athletes ever produced by Malaysia. Ever since making his debut in the Circle, the man called “Alligator” has torn through the competition. Thani, who captured a Malaysian national championship as an amateur, won his first seven professional matches to earn a crack at the ONE Welterweight World Championship. He looks to break back into the World Title picture with big win in his hometown.

Karaki, on the other hand, is a two-division Desert Force Champion who has a black belt in Shotokan Karate and a brown belt in Brazilian Jiu-Jitsu. Also, he has reached the podium in several major Middle Eastern tournaments. Karaki brings a dominant ground game and powerful striking to the table, as well as an exciting style that has seen him finish almost all of his opponents to date. After finding tremendous success in both the middleweight and light heavyweight divisions, Karaki moves down one more weight class and starts his march towards the ONE Welterweight World Title.

McLaren is a Brazilian Jiu-Jitsu black belt and a former Eternal MMA and XFL Bantamweight Champion. He is an absolute menace on the mat, evidenced by the incredible skills he has shown in submission victories so far in his ONE Championship career. McLaren’s most notable wins have come over Mark Striegl, Muin Gafurov, and Gianni Subba.

Mangat, similarly, has impressed in his run so far as a professional. He is the child of Indian immigrants who grew up in a small town in Canada. Inspired by ONE Vice President Rich Franklin, Mangat pursued a career in martial arts. His journey has led him to the bright lights of ONE Championship. He joined the promotion in March this year, and has since posted two stellar victories over solid opponents.

ONE: MARK OF GREATNESS features a mix of compelling mixed martial arts and ONE Super Series striking contests.

ONE: MARK OF GREATNESS:


Tickets for ONE: Mark Of Greatness are priced from RM30 and are on sale now at https://redtix.com/onechampionship. Save 25% on Cat 2-4 tickets from now through November 15th.


Before then, ONE: Masters Of Fate goes down Friday night in Manila, where Team Lakay’s Joshua Pacio will defend his ONE strawweight title against his fellow Filipino, Rene Catalan.