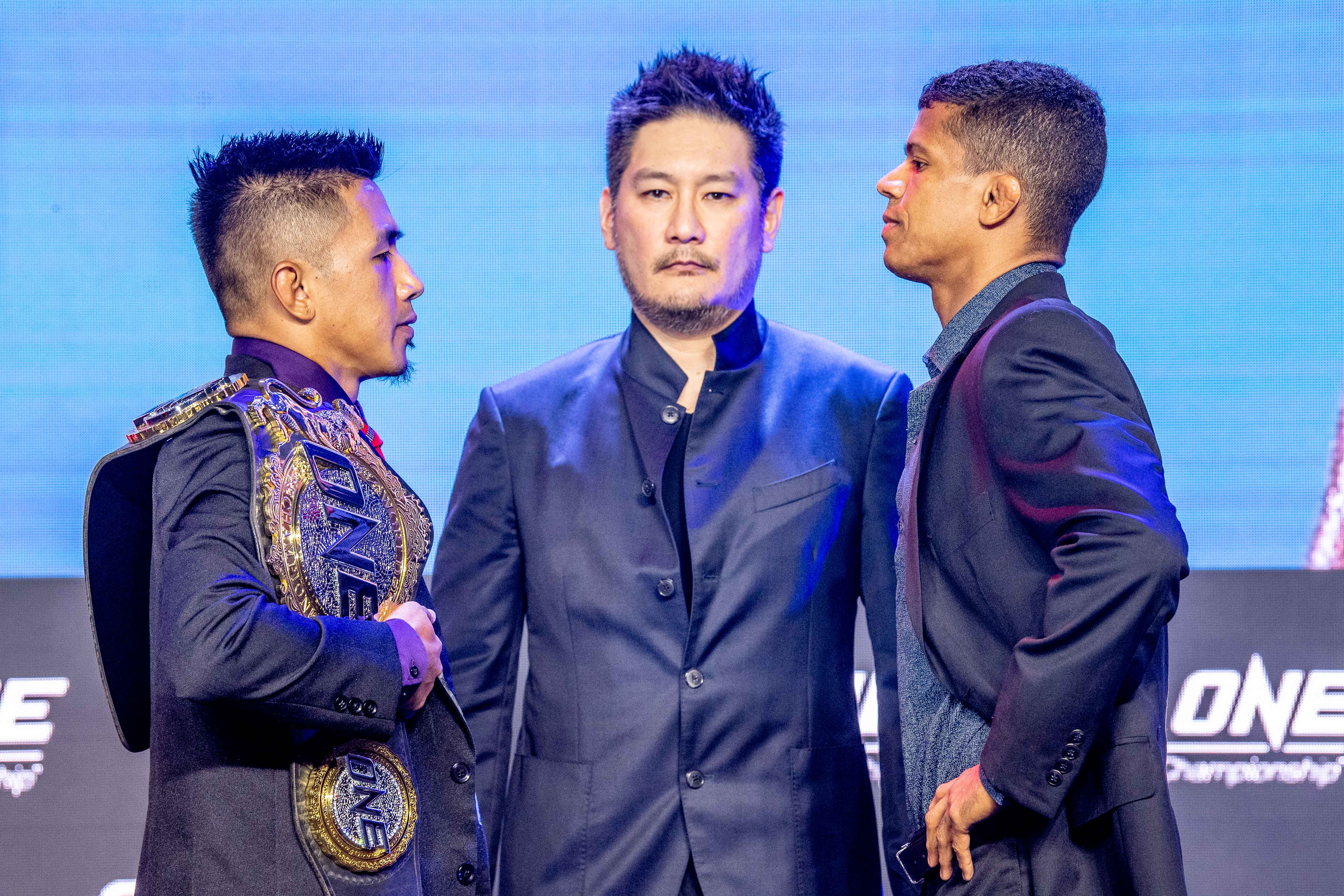 ONE Championship, in co-operation with City of Dreams Manila, held the ONE: HERO’S ASCENT Official Kick-Off Press Conference.

Also in attendance were some of the athletes set to compete at ONE: HERO’S ASCENT, which emanates from the Mall of Asia Arena in Manila on Friday, 25 January. Athletes included Honorio “The Rock” Banario, Lowen Tynanes, Danny “The King” Kingad, Tatsumitsu “The Sweeper” Wada, Fahdi “The Gladiator” Khaled, and Rodtang “Iron Man” Jitmuangnon.

Chatri Sityodtong, Chairman and CEO of ONE Championship, stated:

“ONE Championship was built by a martial artist, for martial artists. I understand the athletes and what they go through each and everyday. I am very proud to be standing here alongside them as their CEO and Chairman. When I look at this card and these incredible athletes, I am so fired up. This is going to be an amazing evening. As the world’s largest stage of martial arts competition, all ONE Championship wants to do is showcase the very best. See you all at the Mall of Asia Arena this Friday night.”

“15 years ago I made the biggest decision of my life to pursue martial arts. No one believed that I would be standing here in front you all as a World Champion. But now, I have learned throughout my career and my training that the word impossible doesn’t exist. With the help of my coach and my team, we have achieved success. If I listened to those who were saying I wouldn’t make it, I would not be standing here in front of you all today. This Friday night, me and Adriano [Moraes] will make history in the first ever trilogy bout in ONE Championship. I invite you all to come and watch.”

“I would like to say first thank you to ONE Championship for the opportunity. The Adriano that fought Geje in the last match, I can say with confidence that it wasn’t me. I wasn’t myself in that bout. This time, I have prepared very well for this third bout. Whatever happens, I am ready to give my best. This is going to be a good fight. I am looking forward to it.”

You can check out the full ONE: Hero’s Ascent Press Conference here: