ONE: Masters Of Destiny Pre-Fight Interviews 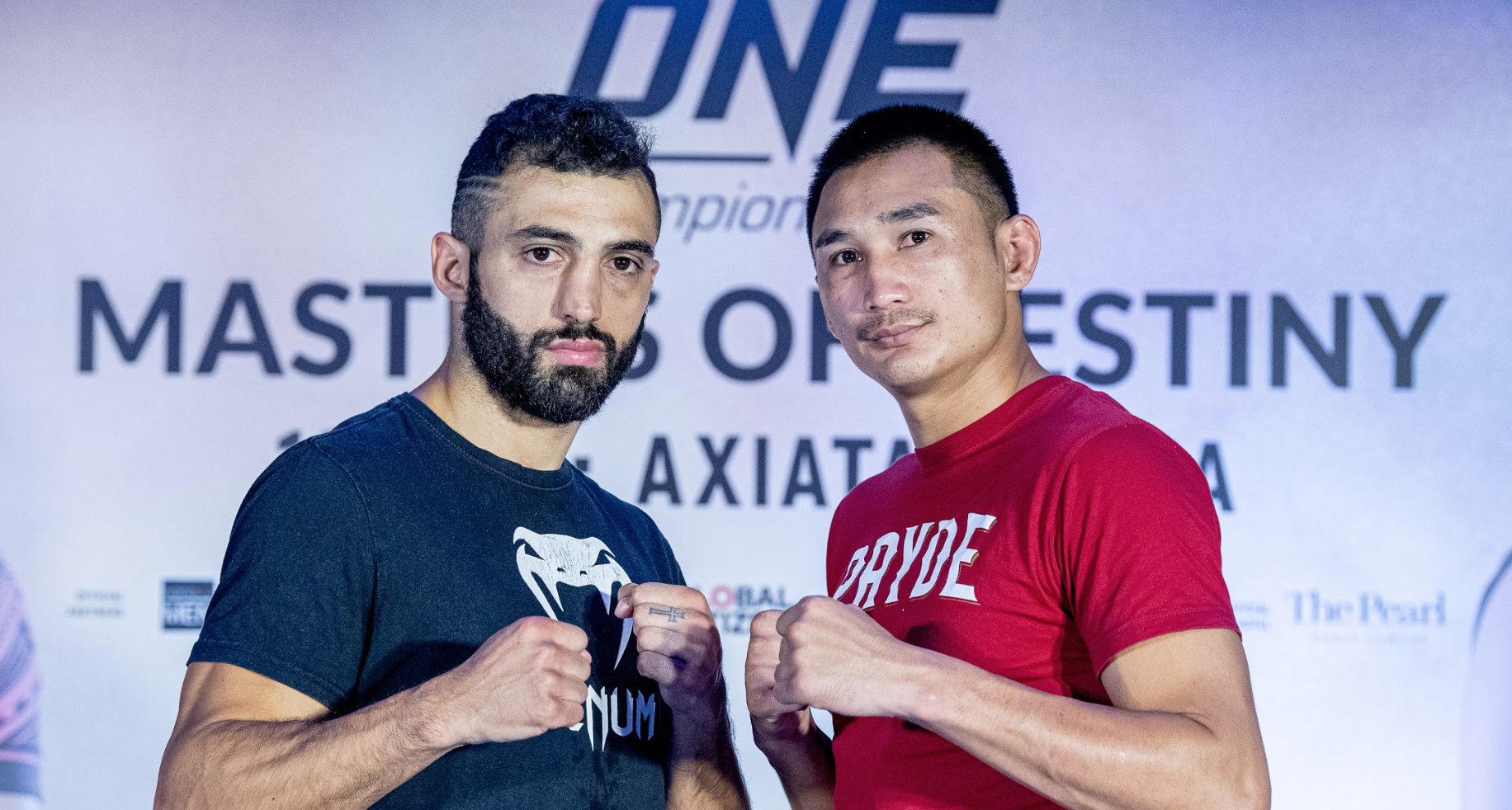 ONE: Masters Of Destiny goes down Friday night in Kuala Lumpur, at the Axiata Arena. In the lead up to the stacked card, we’ve been busy chatting to many of the athletes on the card and attending the Open Workouts.

To make your lives easier, we’ve put together all of our pre-fight coverage right here, on one page. Including all of our exclusive pre-fight interviews, the full Open Workouts video and the Face Offs.

We spoke to Angela Lee, who told us she didn’t choose to fight Michelle but is happy to do so. We also discussed their grappling match in 2015 and their infamous training session at Evolve MMA, where Angela hit back at claims by Michelle that she sparred too hard, “It’s not my fault if your striking sucks”.

‘Unstoppable’ also told us that she’s excited to compete in a ring for the first time, spoke of her admiration for her brother Christian, the new ONE lightweight champion, and gave us her prediction for her bout Friday night.

We also spoke to Michelle Nicolini about facing Lee in an MMA contest, their grappling match, what she has worked on since her last bout and her prediction for Friday night.

The eight time BJJ World champion old also discussed Angela’s last bout, against Xiong Jing Nan at ONE: A New Era and told us that she didn’t like ‘Unstoppable’s’ attitude, when they trained together previously at Evolve.

It takes more than a couple of losses to stop Ev Ting. That’s exactly what the Malaysian Kiwi told us.

Ahead of his lightweight clash with Daichi Abe at ONE: Masters Of Destiny, we had a couple of chats with ‘ET’.

We spoke about learning from his last two losses, how he’s grown as an athlete in his time competing in ONE, the new ONE lightweight champion Christian Lee, competing against the former UFC fighter Daichi Abe and looking to make it ten wins out of ten when fighting in Malaysia, this Friday night in KL.

Having fought in Bangkok last time out, Jihin Radzuan returns home on Friday night, to compete in front of her home fans in Malaysia.

‘The Shadow Cat’ faces Jomary Torres of the Philippines, at ONE: Masters Of Destiny. Ahead of the exciting atomweight matchup, we spoke to Jihin about what she learnt in her first professional loss, last time out to Team Lakay’s Gina Iniong, looking forward to putting on a show for her home fans, being part of the Malaysian martial arts family and getting used to all the media attention (and APMMA’s Leon’s funny accent!).

It’s been two years since Saiful Merican has been able to compete in the ONE cage, due to injuries. Since his last bout, ONE Championship have introduced the ONE Super Series. And it is in that ONE Super Series that ‘The Vampire’ returns in.

Saiful will take on his fellow Malaysian, Mohammed ‘Jordan Boy’ Bin Mahmoud, in a Muay Thai contest at ONE: Masters Of Destiny.

Ahead of the clash this Friday night in Kuala Lumpur, we spoke to a very happy Saiful about the frustrating and depressing time away from the cage, the positives he took from his time on the side lines, facing a fellow Malaysian and how the ONE Super Series is the perfect way for him to return to action.

Mohammed ‘Jordan Boy’ Bin Mahmoud made a memorable ONE debut last December, when he scored a spectacular KO win at ONE: Destiny Of Champions, in front of his home fans in Kuala Lumpur.

And although ‘Jordan Boy’ has had a few tough results since, against some of the best Muay Thai practitioners on the planet, the 23 year old can’t wait to compete at home again this Friday night, at ONE: Masters Of Destiny.

On the other side of the ring will be, his fellow Malaysian, Saiful Merican. Ahead of this exciting ONE Super Series Muay Thai clash, we spoke to ‘Jordan Boy’ about facing his fellow countryman, what he’s leant in his previous bouts in ONE and what it’s like being part of the Malaysian martial arts family.

A couple of months on from her winning ONE Championship debut, Bi Nguyen returns to action this Friday at ONE: Masters Of Destiny.

Ahead of her atomweight clash with Bozhena Antoniyar, we spoke to ‘Killer Bee’ about her ‘amazing’ debut, her great training camp at Tiger Muay Thai, in Phuket, her ‘aggressive’ opponent and her thoughts on Angela Lee and her co-main event against Michelle Nicolini.

Bi also spoke of how proud she is to be apart of the ONE atomweight division and representing women in sport, and gave us her prediction for her bout Friday night.

And you can see the Face Offs and Open Workout photos here.