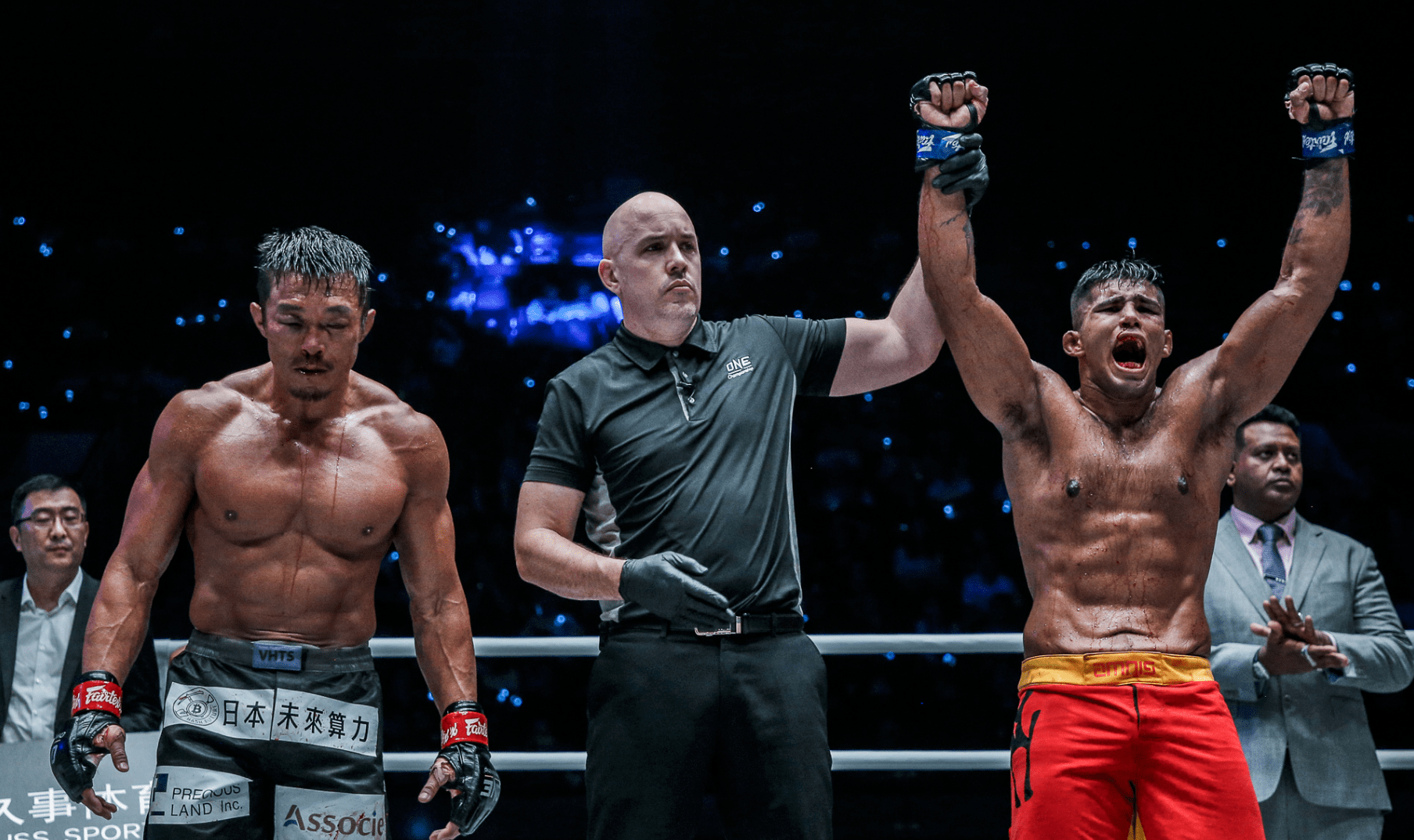 In the lead up to ONE: Masters Of Destiny, ONE Championship hosted a Media Day with the biggest stars in Malaysian martial arts. And one of those Malaysian superstars was Agilan ‘Alligator’ Thani, fresh off of his win over Yoshihiro ‘Sexyama’ Akiyama, in China last month at ONE: Legendary Quest.

During the Media Day, we spoke to Agilan about overcoming a broken nose in the second round of his win over ‘Sexyama’, his whole China experience, when he expects to compete again and who he’s looking forward to seeing fight at next week’s ONE: Masters Of Destiny.

ONE: Masters Of Destiny goes down on July 12th, at the Axiata Arena in Kuala Lumpur, Malaysia. The main event sees the eagerly anticipated rematch between Giorgio Petrosyan and Petchmorakot Petchyindee Academy, in the ONE Featherweight Kickboxing World Grand Prix.

Angela Lee faces Michelle Nicolini in a strawweight contest, in the co-main event and home favourites Ev Ting, Jihin Radzuan, Saiful Merican and Mohammed ‘Jordan Boy’ Bin Mahmoud will all be in action.