One Pride: Spirit Of Champions Results 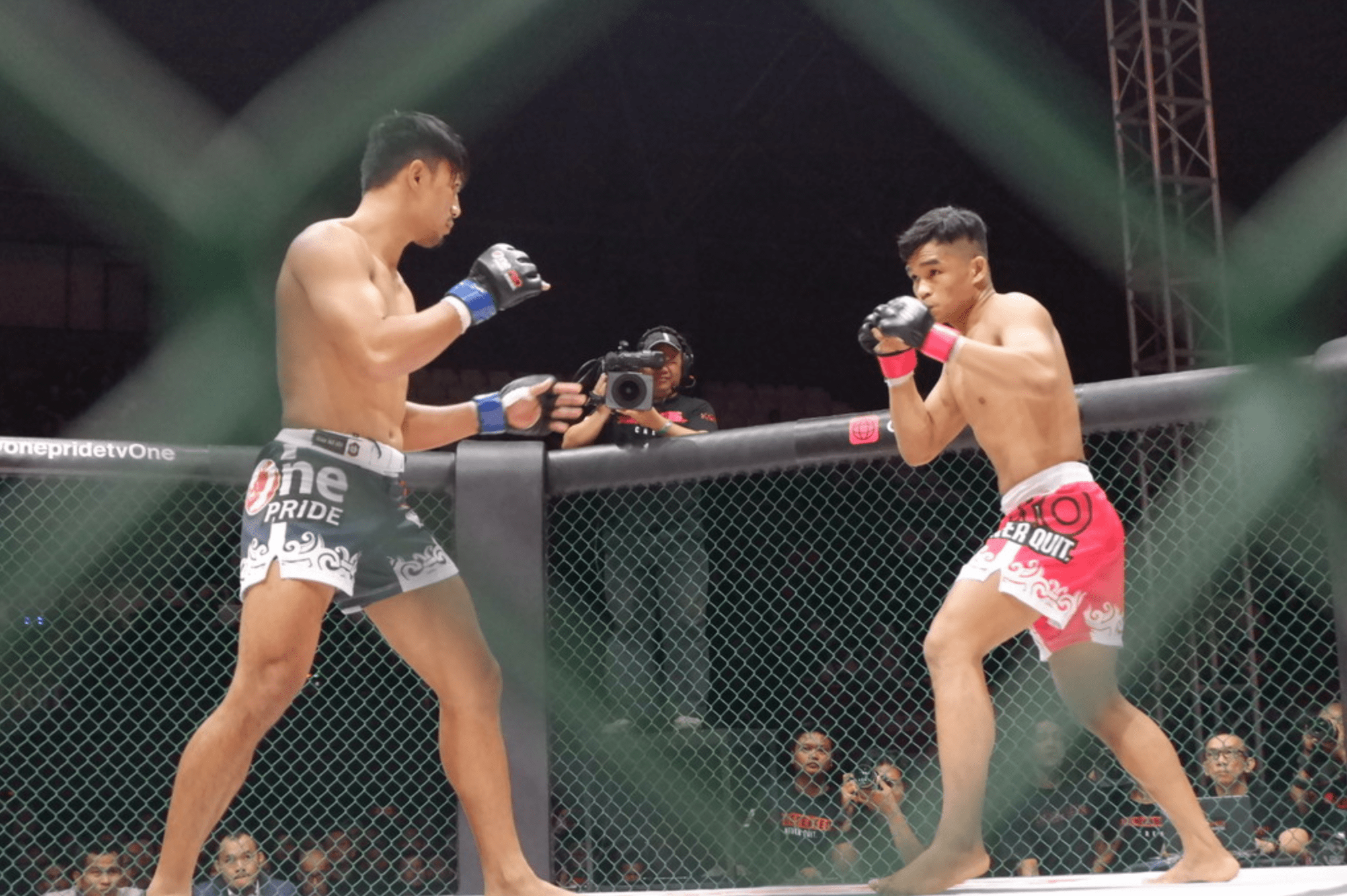 One Pride Pro Never Quit Fight Night 32: Spirit of Champions went down on Saturday night at the Tennis Indoor Stadium in Jakarta, Indonesia.

In the main event, Jeka Saragih stopped Mar John Manahan in the first round. After a strong start by Manahan, Saragih was able to take the back of his opponent and sink in a rear naked choke after 3:12 of the first round.

“This is my first international fight. If One Pride offers a rematch, I will not refuse, but not this year, maybe in the coming years,” says Manahan.

Following the win, Saragih made it clear what his goal in One Pride is, “In the beginning, I didn’t want to put pressure on Mhar John and feel out his game. I was surprised that he decided to push the pace earlier, so I just answered in kind and win the fight. I am very happy for this international fight, and I see this as a proving ground for myself. Going forward, I want to have a second title in a different weight division,” Saragih stated.

In the co-main event, Achmad Eko Priandono successfully defended his bantamweight title against Susilo. The fight started off evenly, with Priandono landing more strikes, while Susilo landied fewer but more powerful shots. Things heated up in the second round when Susilo scored a knockdown and swarmed on the bantamweight champion. Priandono quickly recovered though and switched to his ground game to control the fight and swiftly secured an armbar finish. The victory marks Priandono’s first submission victory in his professional MMA career.

“Alhamdulillah [Praise be to God], the victory is ours tonight, and Yusuf put up a good fight. I’ve made a mistake when I tried to find my distance and Yusuf managed to capitalise on it and landed some hard shots,” Priandono said.

Jamil Burhan was successful in his lightweight debut against Yesreel Mocodaser. Mocodaser showed his dominance on the ground from the opening bell as he took Burhan down early and threatened the boxer with several submission attempts. However, Mocodaser was unable to answer the bell for the beginning of second round, from an injury sustained in the opening round.

On the contender fight for the strawweight division, Brando Mamana stopped Billy Pasulatan’s four fight win streak with a first round rear naked choke. Pasulatan started strong with his fast kicks but Mamana quickly closed the distance and brought the fight to the ground. After escaping an armbar attempt from Pasulatan, Mamana quickly controlled Pasulatan’s back after a scramble and sunk in a RNC to end the fight on 3:04 mark of the first round.