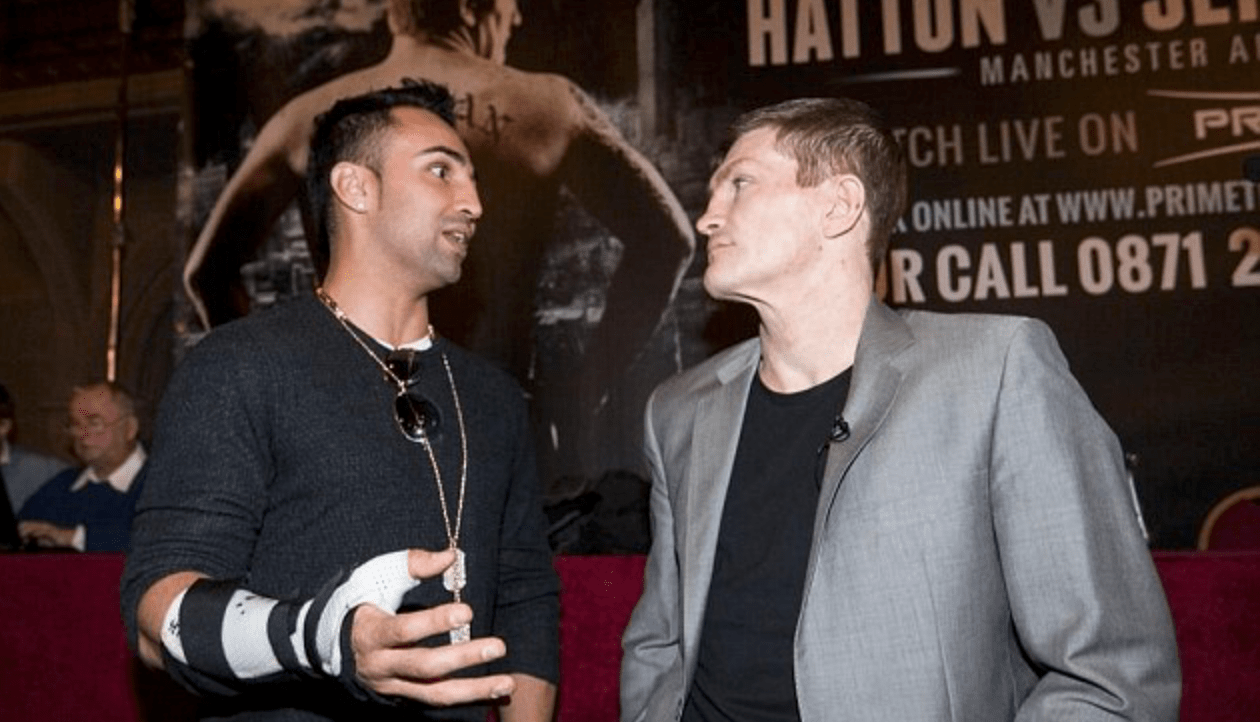 We’re only days away from one of the most eagerly anticipated fights of the year, Paulie Malignaggi vs Artem Lobov. The pair will face off this weekend at BKFC 6.

And although the fight is directly a result of the bad blood between Malignaggi and Conor McGregor and his team, former boxing world champion Ricky Hatton, is still surprised that his former opponent Malignaggi, is taking part in a bare knuckle fight. As he told The Mac Life recently in Las Vegas.

“I know he always had trouble with his right hand and if you used to watch him fight, he was very barely use the right hand. It’s hard enough this game with two hands but it certainly makes it a damn sight easier [for an opponent] if he’s only got one hand. I would have thought it bare knuckle you’d need a back hand.

“His game was always speed and distance. Not just [against] me, but when he fought anyone he didn’t really like it at close quarters.”

There has been bad blood between Malignaggi and McGregor ever since they sparred two years ago, in the lead up to McGregor vs Floyd Mayweather. And that bad blood has spilled over into the lead up to this fight. Last month Malignaggi spat at Lobov and threatened to urinate in his mouth. Behaviour that Hatton doesn’t condone.

“Paulie’s my mate but I don’t think I can condone [spitting]. I think I’d rather someone stick a knife in me than spit on me. Paulie’s a good enough talker. He can do it with words, he doesn’t have to lower himself to that level.”

Hatton beat Malignaggi back in 2008, via an eleventh round stoppage. The win unified the 140lbs Ring Magazine and IBF world titles.

Who do you think will walk away with the ‘W’ at BKFC 6?