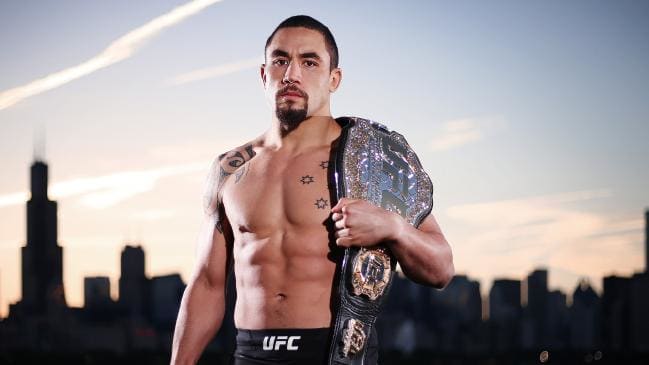 We could be six months away from watching the unification bout between the UFC middleweight champion Robert Whittaker, and the new interim champion Israel Adesanya, but the tension and anticipation is already building.

There has already been a bit of back and forth between the two (which you can see here and here) and although Whittaker doesn’t usually do much talking before a fight, he has guaranteed it will be a short night when he does meet Adesanya. As the Aussie favourite told Submission Radio (as transcribed by The Mac Life).

Whittaker is adamant that his fight with Adesanya won’t be a war though.

The 28 year old has often been accused of being too nice in the past and not responding to his opponents’ trash talking. Whittaker says this isn’t the case though. He just doesn’t care.

UFC President Dana White has suggested that this fight will go down in a stadium in Australia, around September time.

Who do you think will get the hand raised, when they meet?