Shinya Aoki Uses Fear To Motivate Him To Win 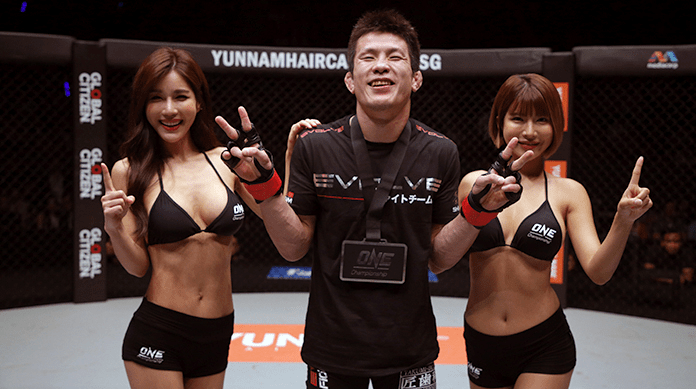 Former ONE Lightweight World Champion, Shinya “Tobikan Judan” Aoki has been dealing with his fears every time he competes.

Aoki has admitted before that he is afraid of failing and losing a match. But as a World Champion competing on the international stage, Aoki knows never to let fear surface on the night of his performances.

“I get nervous in front of people” Aoki said.

“I find it hard because I need to show people that I’m tough.”

Aoki admits that he becomes a different person each time he enters the ring or cage. It is one way for him to deal with his fears when facing his opponents.

“Everyone knows you have to change when you fight” Aoki said.

“It would be too tiring if you are the same person in real life as you are in the cage. I can only stay the way I am in a match for 15 or 20 minutes.”

Aoki has been regarded as one of the best mixed martial artist in Asian history and the thought of how people look up to him gives him the jitters knowing that he has to live up to the reputation.

“I don’t feel good or bad before a match. I just feel nervous” Aoki said.

“I have to switch personalities just before I enter the ring or cage, so that I will be able to perform.”

To deal with his fears, the Japanese legend performs daily routines, to help him focus on the task at hand.

“I have to go through a number of routines every day to forget the fear” Aoki said.

“I’ve been always like this. I push myself to do it because I have to.”

Aoki is set to face Eduard “Landslide” Folayang in a rematch for the ONE Lightweight World Title on 31 March in Tokyo at ONE: A NEW ERA. The Japanese stalwart has conquered his fears time and again with an 82-percent win rate.

One theme Aoki has embraced his entire career is the possibility of losing. He says it fuels him to give his best performance every time.

“Athletes usually start a match thinking they are going to win. But for me, I know I can either win or lose. That is why I am so happy when I win.” Aoki concluded.