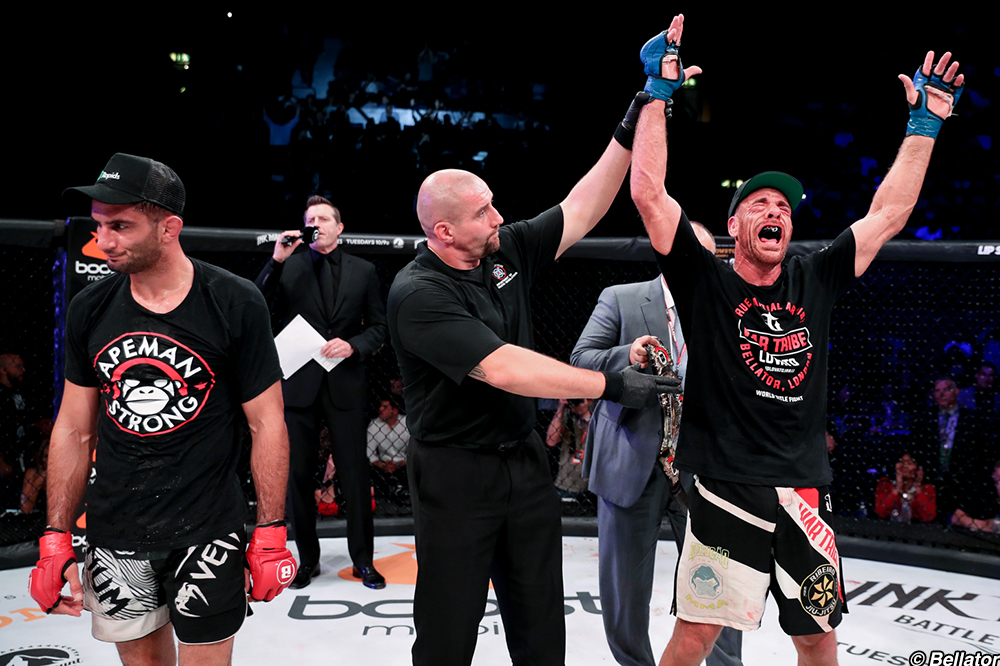 Rafael outpointed “Moose”, winning the fight via unanimous decision. After the victory, MMA fans and fighters reacted to Mousasi’s loss on Twitter.

Previously, Mousasi defeated Rory MacDonald in his first title defense in Bellator MMA, after winning the title against Rafael Carvalho. The loss was also Mousasi’s seventh in his professional MMA career, and his first in Bellator MMA.

Rafael Lovato Jr. has previously won the World Jiu Jitsu Championship as a black belt, becoming only the second American to do so. The 35-year old now only has ten fights under his belt, and with his win over Gegard Mousasi, he now has an unblemished record in his MMA career.

After his victory, Lovato Jr. called it the best moment of his life. “Unbelievable. It is extremely surreal. I always envisioned having a fight like that, a war coming down to the wire, bringing out the best of me. It was the best way it could possibly go for the belt, against a legend like that. I was a big underdog, few people believed in me”, Lovato said.