Two Huge Heavyweight Bouts Set To Go Down In November 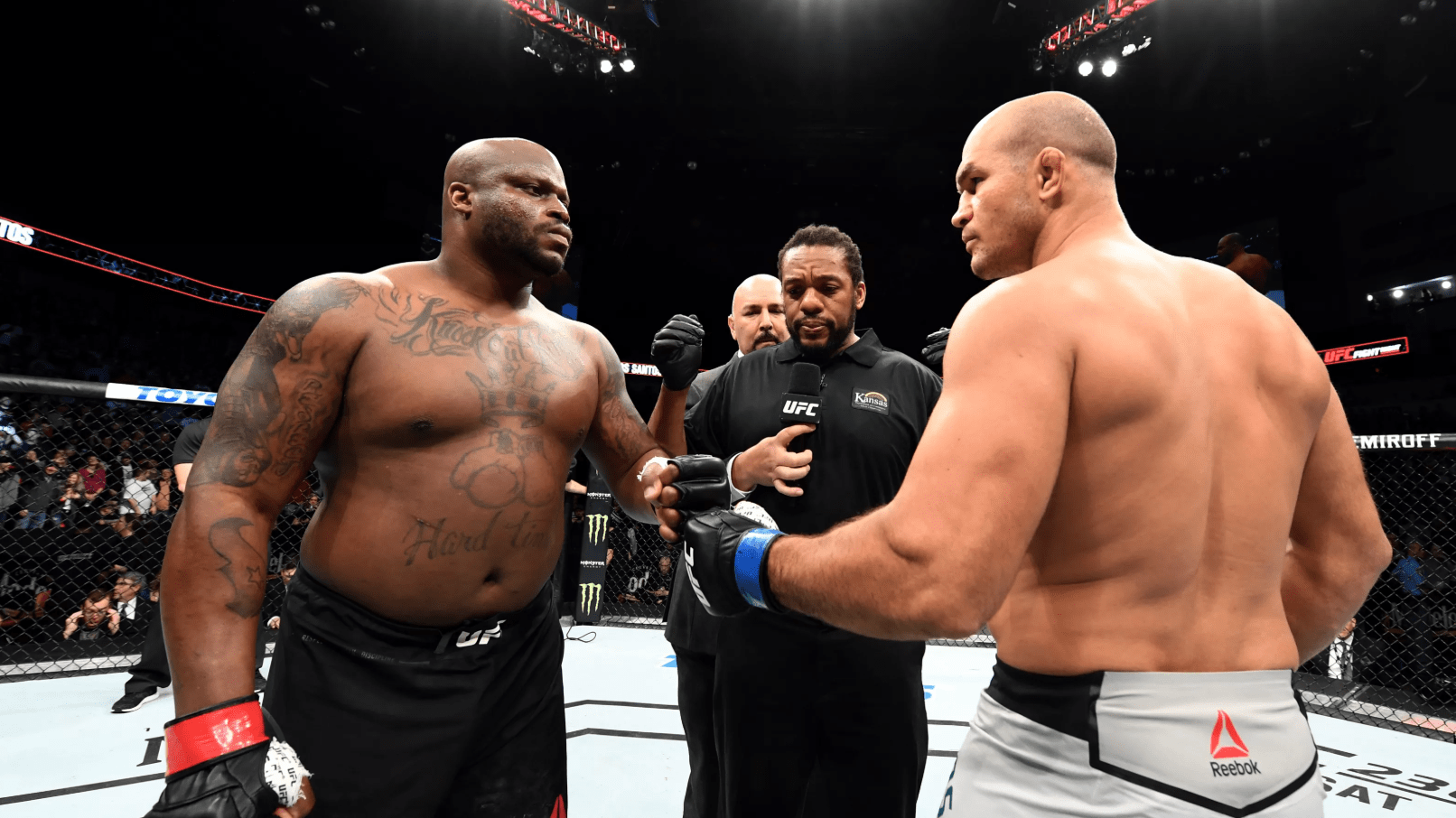 Four of the baddest men on the planet are set to take to the Octagon this November. Derrick Lewis vs Blagoy Ivanov is set to go down at UFC 244, in Madison Square Garden. While Junior dos Santos vs Alexander Volkov is being lined up to headline UFC Moscow.

After winning three straight bouts in a row, Lewis (21-7) has lost his last two fights inside the Octagon. Losing to Daniel Cormier last November at UFC 230, whilst challenging for the UFC heavyweight title, and then to dos Santos earlier this year at UFC Wichita.

Bulgaria’s Ivanov (18-2) on the other hand, has won his last two fights, beating Ben Rothwell at UFC Wichita and Tai Tuivasa at UFC 238, both via unanimous decision. The 32 year old is a former WSOF heavyweight champion.

Dos Santos (21-6) will be looking to get back to winnings ways in Moscow, having lost last time out to Francis Ngannou at UFC Minneapolis. Prior to that, the former UFC heavyweight champion had won three in a row, including wins over Lewis and Ivanov.

Volkov (30-7) is also coming off of a loss, having been knocked out in the very last second of his fight against Lewis, at UFC 229 last October. Prior to that, the six foot six Russian had won six fights in a row. Including wins over Roy Nelson, Stefan Struve and Fabricio Werdum.

UFC 244 goes down at Madison Square Garden, in New York, on November 2nd. Lewis vs Ivanov is the first bout announced for this card. It will be the UFC’s fourth visit to MSG and Lewis’ second time competing in the iconic venue.

UFC Moscow is set to go down one week later on November 9th, at the CSKA Arena. It will be the third time the UFC has gone to Russia and second in Moscow.

What do you think of these two heavyweight matchups?