UFC 238: Karolina Kowalkiewicz vs Alexa Grasso Added To The Card 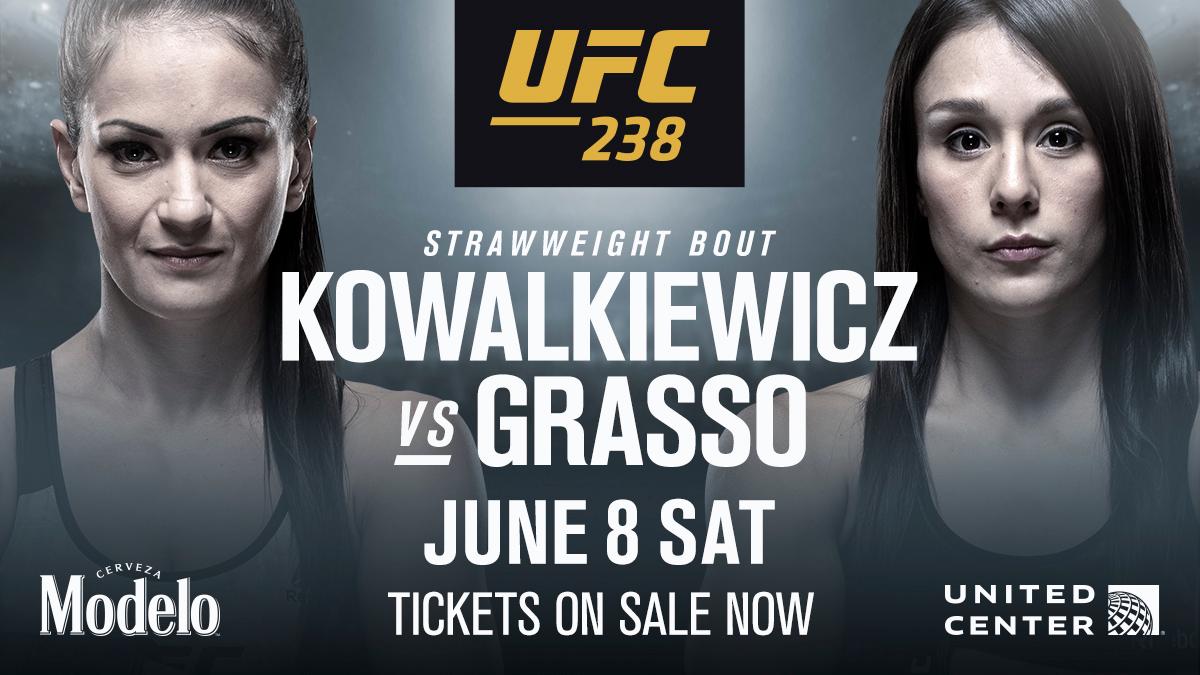 UFC 238 now has yet another high-profile match up. While Henry Cejudo will face Marlon Moraes in the main event for the vacant bantamweight title, Valentina Shevchenko will defend her UFC flyweight championship against the number one contender, Jessica Eye. UFC recently announced yet another strawweight match up, with former title contender Karolina Kowalkiewicz making a quick turn-around to face Alexa Grasso.

Karolina (12-4 MMA) lost her previous two fights, most recently dropping a decision loss to Michelle Waterson at UFC on ESPN: Gaethje vs Barboza. Grasso (10-2 MMA) also lost her previous fight against Tatiana Suarez, where she lost in the very first round via rear-naked choke last year in May.

Grasso was initially scheduled to fight in March against Marina Rodriguez, but had to pull out due to an injury. UFC 238 will roll out of the United Center in Chicago on June 9th.