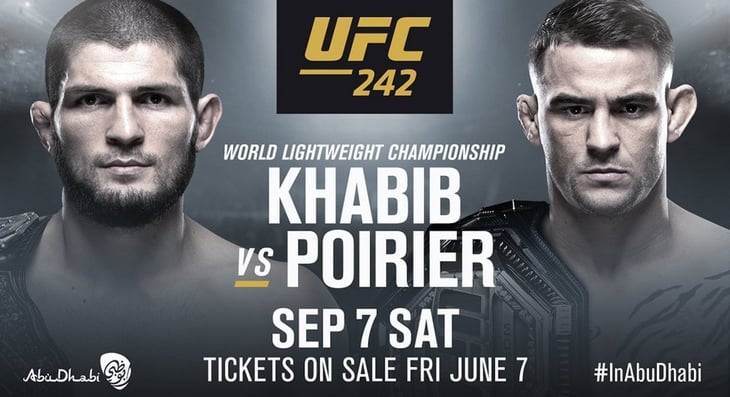 We’re less than ten days out from UFC 242, which goes down at The Arena, Yas Island in Abu Dhabi, United Arab Emirates. In the main event, Khabib Nurmagomedov will defend his lightweight title against the interim champion, Dustin Poirier.

The co-main event will see another lightweight encounter, not to be missed. Fan favourites Edson Barboza Jr. and Paul Felder will go at it again. Barboza beat Felder when the two met previously in 2015. After 15 minutes of non-stop action, the Brazilian won via unanimous decision.

In the lead up to UFC 242, we will update this page with all the very best pre-fight videos. Including the Countdown Show, Embedded Series, Open Workouts, Ceremonial Weigh-ins and the Face Offs.