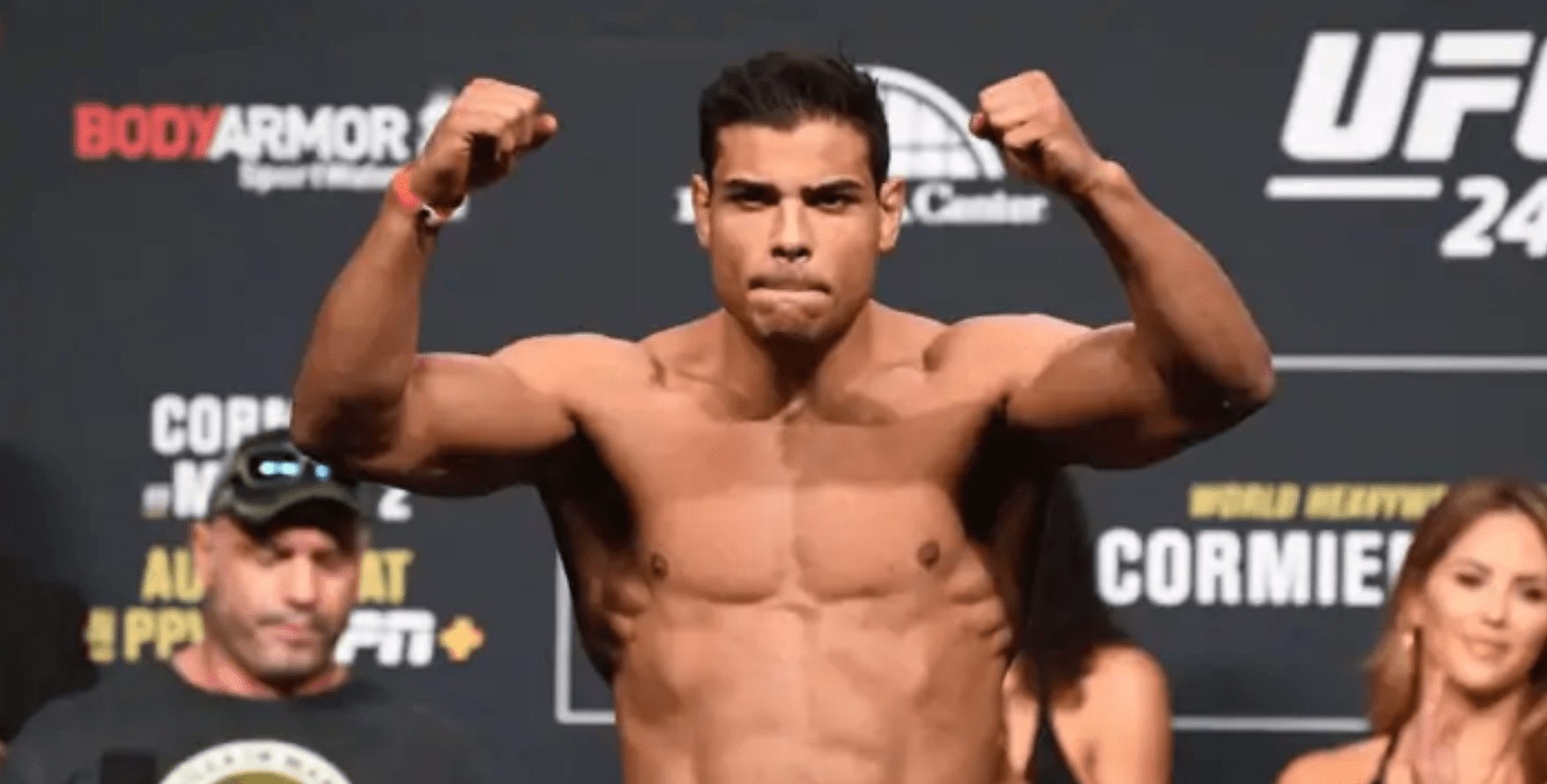 Middleweight title contender Paulo Costa will finally get his long-awaited opportunity to capture gold at UFC 253. After months of heated verbal warfare with current champion Israel Adesanya, the Brazilian doesn’t plan to bury the hatchet afterwards.

It is not uncommon for the sport of mixed martial arts to feature feuds and bitter rivalries between fighters. However, every so often a pair of athletes will develop a real dislike for one another. A rivalry that goes beyond the sport and no amount of fighting can solve. That currently seems to be the case with Costa and Adesanya.

While speaking with MMA Junkie, the Costa detailed how he envisions the fight playing out.

“Even after I knock him out, I will not shake his hand,” Costa said “It will be wild. It will be savage. … I believe in the second round [I will knock him out] because he will run a lot in the first round.”

Every fight fan loves a good title fight with a genuine rivalry, but that is not all that makes this fight worth watching. Costa vs Adesanya marks just the second time in the promotion’s history that two undefeated male fighters will square off for a title.

With a combined record of 32-0, both men will be putting their stainless record to the test come fight night. So far, no one has been able to figure out the striking of ‘The Last Stylebender’ or the power ‘Borrachinha’ brings to the Octagon. One thing is certain about the challenger, having finished all but just one of his opponents, he does not want to make the same mistake of previous contenders.

“I will not be staying and waiting for him,” Costa said. “I know he can run a lot, and that’s what he wants to do, what he usually does. I won’t wait like Romero did. I will hunt him inside the cage and close the distance and land my shots to his body and his face. … Don’t go so fast like Whittaker and don’t go slow like Romero. Make a balance. I think I am very different from both guys because I can pressure him every minute for the 25 minutes.

“I can keep the pressure very, very aggressive against him. I can push him at all times, and I have a lot of power in my hands, on my bones in my hands and kicks.” Costa stated. “Against him, I just need one shot to finish the fight.”

The now healthy 29 year-old intends on making the wait for the fight worthwhile, and wants to make the middleweight champion pay for everything he has said.

“To Israel Adesanya I would just like to say: Don’t give up in this fight,” Costa said. “Let’s fight. It’s your time to fight me, to face me, and let’s see how many hits on your skinny body, skinny face you can get.”

Paulo Costa will step inside the Octagon to settle the score with Israel Adesanya come September 19th at UFC 253, who do you see getting their hand raised on the night?