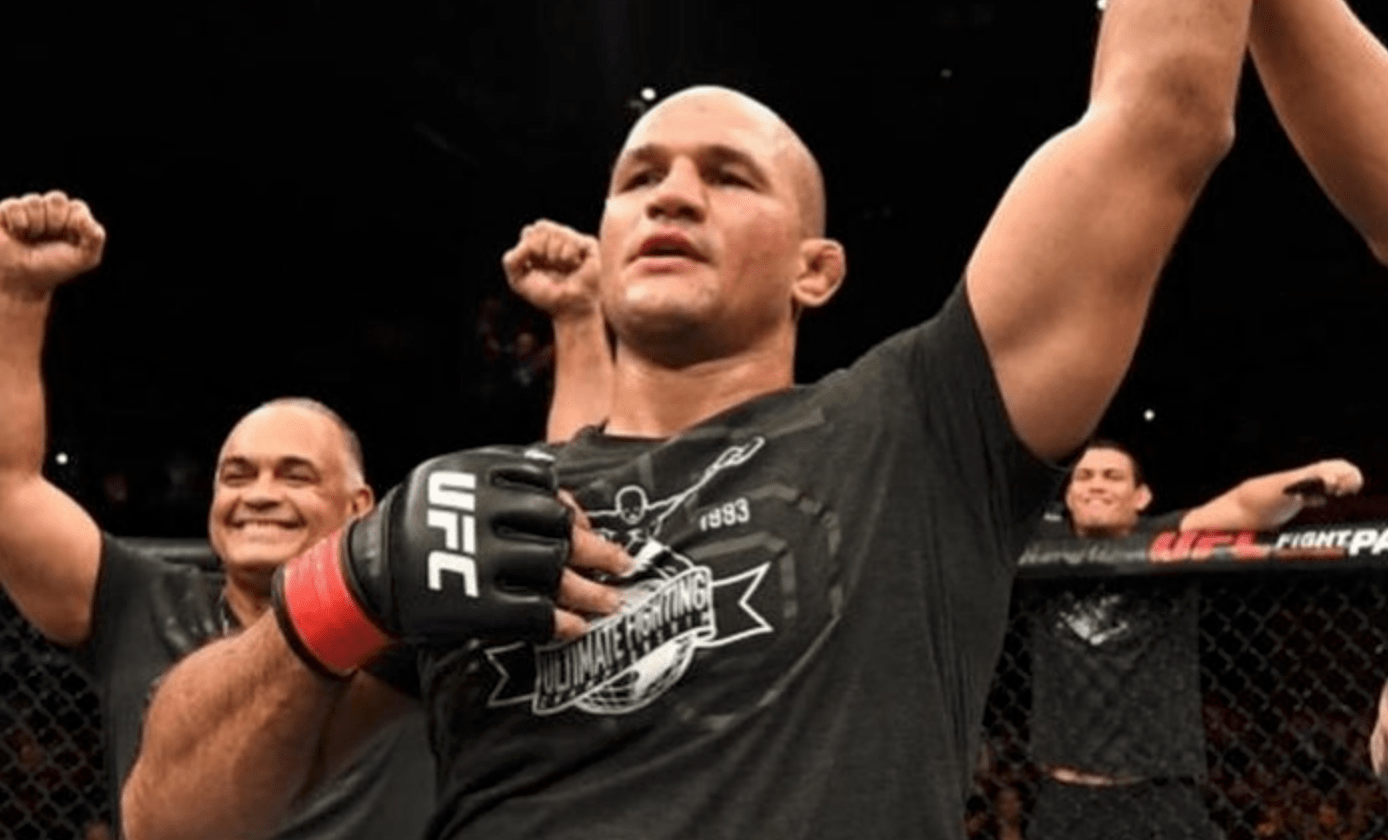 Junior dos Santos is far from finished in MMA. A new picture posted by ‘Cigano’ to social media has many speculating that the former UFC heavyweight champion may be considering a run at the light heavyweight title. It appears that a ketogenic diet is the secret behind the heavyweight’s recent spat of weight loss.

Speaking with MMA Fighting, dos Santos explained that he had tried the diet on the advice of his doctor Marcia Bogea and nutritionist Marcelo Guedes, and that it was initially for 15 days, but he’s hoping he can extend it.

“I asked them if we can continue doing it because I’m feeling very good…I would normally be around 247 [pounds] since I wasn’t training harder, but I was getting heavier.

“My goal is to stay light so I can get back to training right away, when I have a fight booked,” he said. “If I can stay around 238 and 242, that’s important for me, because I move a lot. I’ll benefit from my speed, one of my main characteristics. I will be faster.”

The development is an interesting one in dos Santos’ career. Readers may recall that JDS had in February, hinted at a desire to enter the squared circle and take on the knockout sensation Deontay Wilder.

But now, the question that looms large over ‘Cigano’s’ sudden weight loss is whether or not he feels a fight at 205lbs is workable within the foreseeable future.

“Nothing is impossible in our lives,” he responded, but tempered his answer by explaining that it “would be really, really, really hard to happen.”

Nonetheless, the heavy-handed dos Santos explained that, “this experience I’m living now is also a kind of test.

“My main curiosity of one day making 205 is not about how I would feel at that weight, but to be able to face the man that is the greatest of the moment, Jon Jones,” he said. “Who wouldn’t like to fight Jon Jones one day? I’m no different. One of the goals before I end my career would be to fight Jon Jones. But that’s part of the plans, our wishes, my dreams, so let’s see how things play out.”

Should dos Santos get the opportunity to move down to challenge Jones, he believes he could do it with the right plan.

“I would sit down with my doctors, make a plan, a strategy,” explained dos Santos. “I would obviously need a bit more time to make weight well, but we would make that happen.”

The news comes as a welcome shake-up to both divisions, and given that Jones has often hinted he intends to move up to heavyweight eventually.

Where would you rather see Junior dos Santos take on Jon Jones? At heavyweight or light heavyweight?