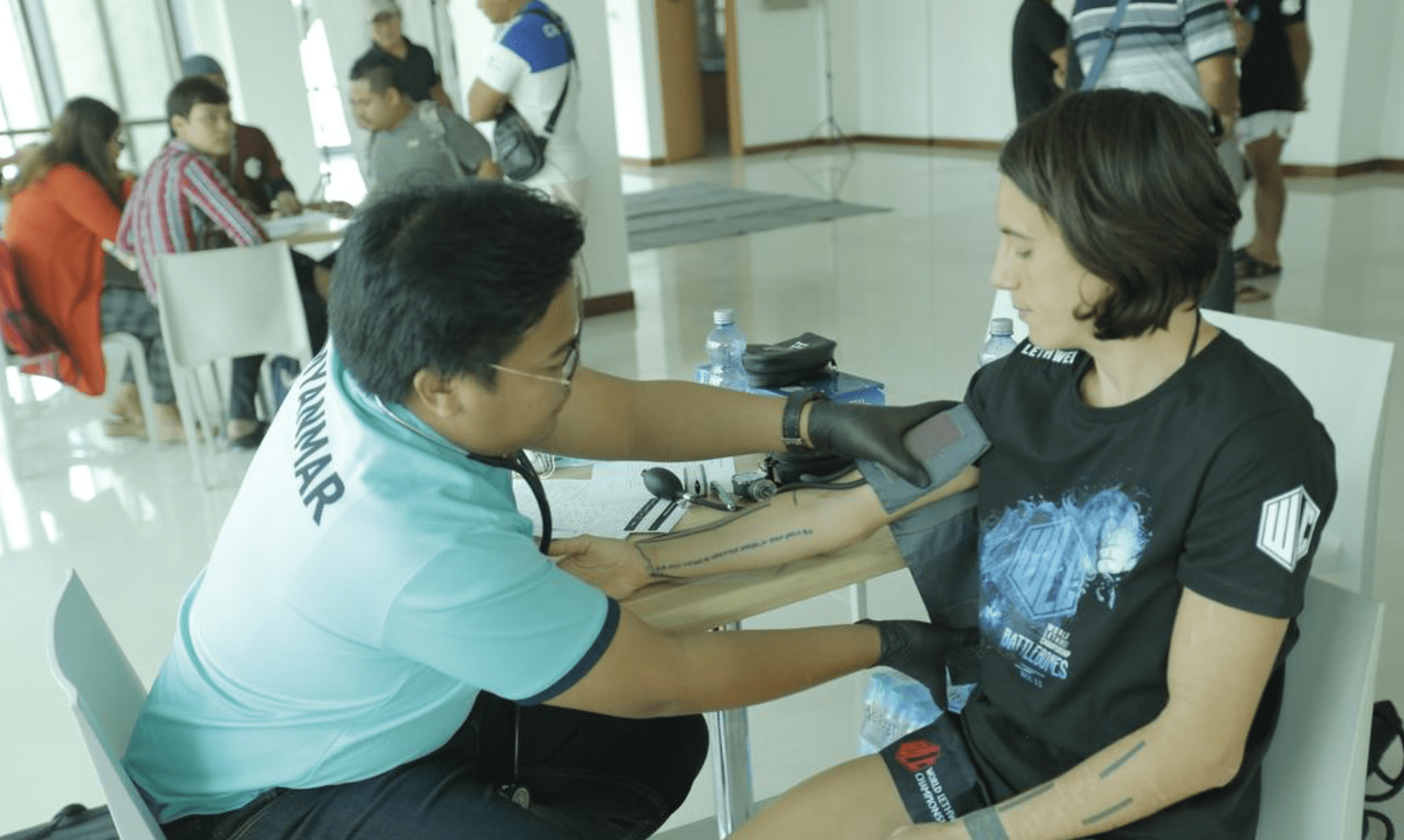 As an organisation, the World Lethwei Championship has a reputation for listening to the people when it comes to suggestions. Before each event, you can see its founder and chairman Mr. Zay Thiha in the crowd and asking people what changes are needed to make each event better than the last.

Every fighter who competes in World Lethwei Championship events must pass HIV, Hepatitis B, Hepatitis C, eye and brain tests. This is a choice that World Lethwei Championship undertook in a bid to change the way athletes are treated in Myanmar, where promoters book fighters without checking on their past medical history. For that reason alone, there have been numerous athletes that were turned away. The standard is also higher than almost every other combat sports promotion in the world.

During the night of the event, Myanmar’s best doctors are hired to work at the event. World Lethwei Championship assigns two medical teams in the stadium. The ringside physician handles all immediate incidents and the backstage doctor manages post-fight physical assessments. There are also always two ambulances in the stadium on standby.

Between rounds, the ringside physician and an assistant will check and treat both corners. The athletes and their teams are not allowed to treat themselves.

After a fight, every fighter must go to the backstage medical room directly to see a doctor and will get the necessary examinations. If the doctor suggests that the fighter need to have further medical treatment, the assistance team will accompany the fighter to the hospital, which has already been contracted with World Lethwei Championship.

In addition to the standard medical procedures, World Lethwei Championship also innovates with new technologies in sport science. All fighters are provided a recommendation on dietary suggestions, and a revolutionary report that identifies each fighter’s structural and genetic strengths and weaknesses, allowing them to use that data to optimize their performance.

World Lethwei Championship is promoting the ancient martial art of Myanmar on the international stage with a state-of-the-art technology in media and entertainment to provide fans with a night to remember but they will always be focusing on fighter safety.