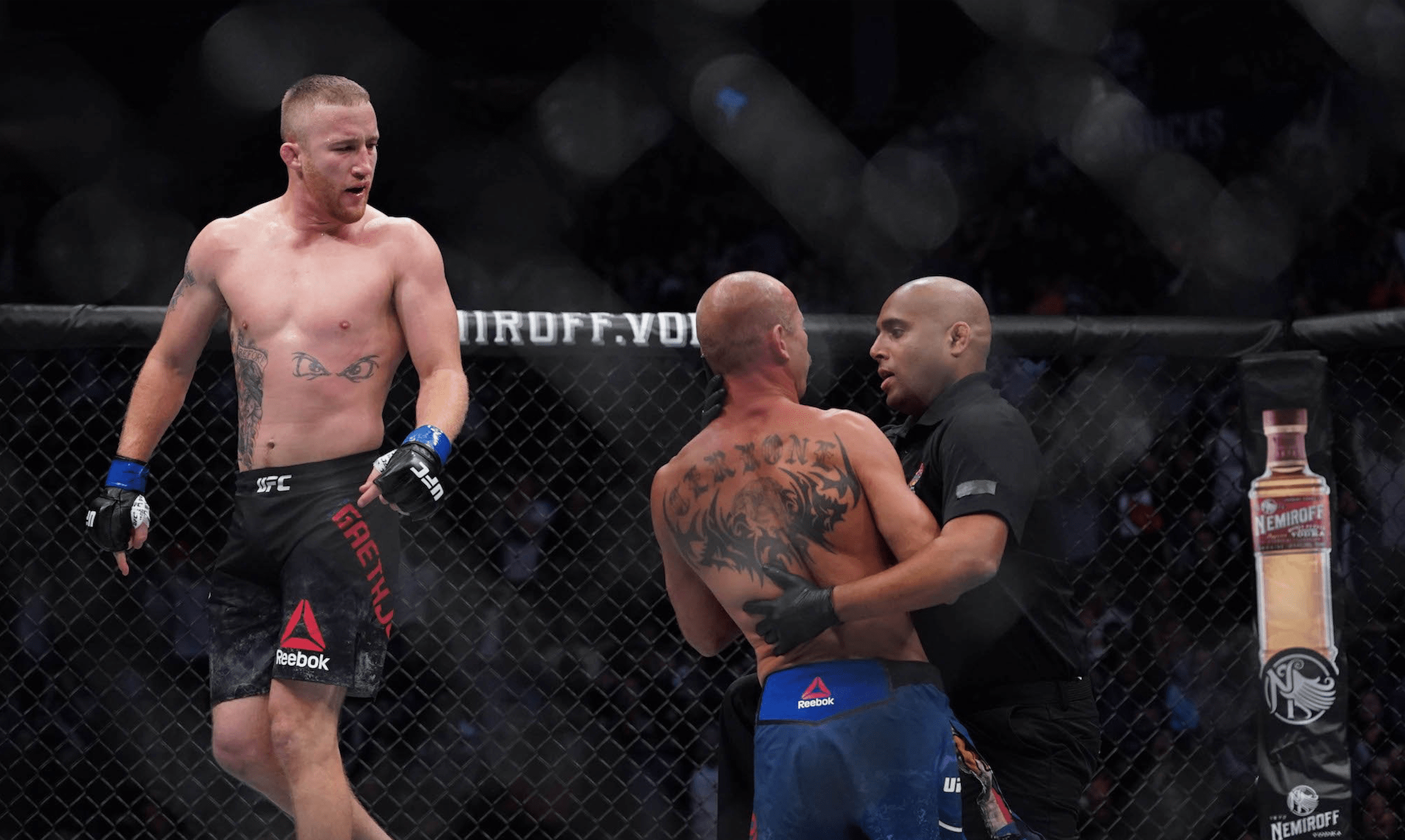 Many fans believed that Justin Gaethje should have been the man to welcome Conor McGregor back to the UFC. Instead, ‘Cowboy’ Cerrone will welcome the Irishman back to the Octagon, when they meet in the UFC 246 main event.

Speaking to MMA on Sirius XM (as transcribed by BJPenn.com), Gaethje gave his prediction as to how he thinks the McGregor vs ‘Cowboy’ fight will play out.

“I’m sure I would lean towards Conor, you know distance management and timing are super, super valuable, and that’s what I think was the big key to my success in that fight [my last fight against ‘Cowboy’] and I think that’s going to be a factor in this fight. But I will pray many times over that ‘Cowboy’ knocks him out.”

“Dude, there’s so much that can happen between now and then. If Conor McGregor beats ‘Cowboy’ Cerrone, he’s not going to get a title shot off that. He’s going to probably try and fight Jorge Masvidal and if he beats Jorge Masvidal, then he might be able to get the title shot at 155, but his next fight after Cowboy is not going to be the 155-pound title shot because that’s happening April 18th.”

During the same interview, Gaethje responded to Dana’s recent comments about how Justin should know exactly why McGregor will jump ahead of him in the line to get a title shot, with a win over ‘Cowboy’. You can see his response here.

Speaking to The Mac Life, McGregor laid out his plans for a busy 2020. And while the former UFC two division champion stated that he plans to replace Khabib or Ferguson at UFC 249, should anything happen to either again, that he may have a quick turnaround and fight Gaethje next.

If McGregor does get past ‘Cowboy’ in two weeks time, sticking ‘The Notorious’ vs ‘The Highlight’ on the Khabib vs Tony UFC 249 card would make a lot of sense.

Should McGregor get the win over ‘Cowboy’ at UFC 246, would you like to see Conor McGregor vs Justin Gaethje next?