Usman And Covington Go Back And Forth Ahead Of UFC 245 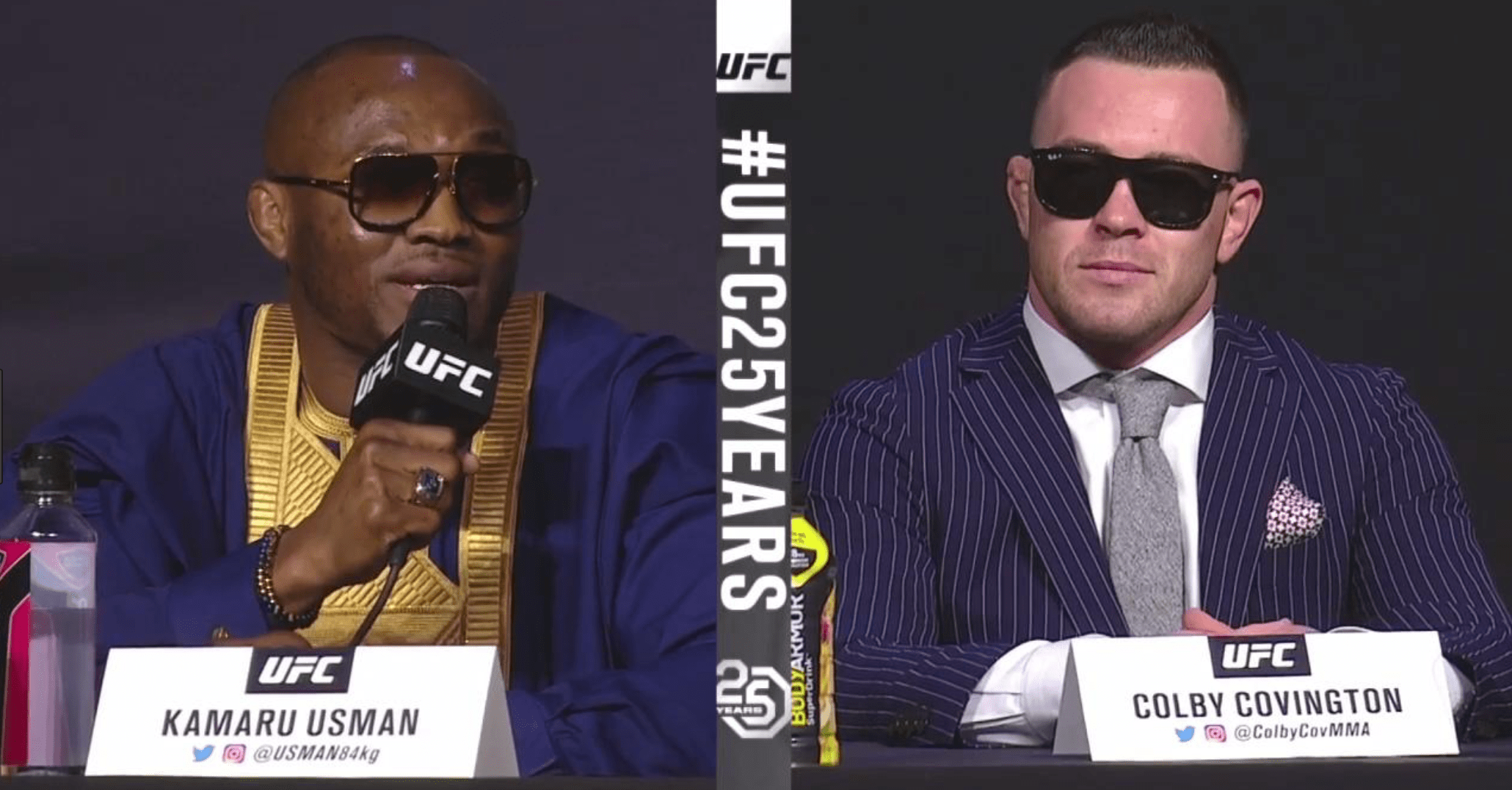 The last UFC pay-per-view of 2019 takes place this weekend, and it’s probably the most stacked UFC card of the year, with three titles on the line. UFC 245 goes down at the T-Mobile Arena in Las Vegas and will be headlined by Kamaru Usman defending his welterweight title against Colby Covington.

After the two failed to agree terms to fight at UFC 244 last month, Usman and Covington will finally get to settle their differences inside the Octagon this Saturday night. Ahead of the welterweight title fight, the two continued their war of words, as they both spoke to the UFC.

For Usman, the fight is more than just business now, it’s personal.

“With a rivalry like this, it’s a little bit more than just business. Some of the things he’s said and the topics he’s touched on have made it really personal, actually. But my job is to go out there and take care of my business and be the UFC welterweight champion of the world. But, I can make it personal in the way that I take care of my business.”

Although Usman doesn’t have anything nice to say about Covington, the champion acknowledges that Colby is a worthy opponent.

“Besides his polarising personality, I think he is talented. He wrestles well, he has very good endurance. His striking volume is very high. I do think he is a talented fighter. But it’s different when it’s against me. I used to think, ‘Why did these guys not perform the way I thought they’d perform when they get in here with me?’ It’s because that there’s something different about the way that I approach fights. He’s going to have to feel that.”

So confident in his own skillset, Usman is predicting that Covington ends the fight unconscious.

“I see myself, the doctors and the referees standing over him and trying to wake him up.”

Covington is also backing himself to get the finish, stating that he has no interest in wrestling Usman. Instead he plans to ‘knock his head into the front row’.

“I don’t care about his wrestling statistics. I’m not looking to take him down, I’m looking to knock his head off into the front row. I just know that he’s not going to take me down. If he tries, he’s going to gas himself out and I’ll finish him earlier. Wrestling I was OK at… I was made for mixed martial arts.

“I definitely see this as a finish. He’ll crack under the pressure of the Colby Covington Chaos Train coming at him. He should have gotten off the tracks, but now he’s going to get run over.”

Who do you think will leave Las Vegas this weekend as the UFC welterweight champion, Kamaru Usman or Colby Covington?