Ariel Sexton Is Predicting A Submission Finish Against Amir Khan 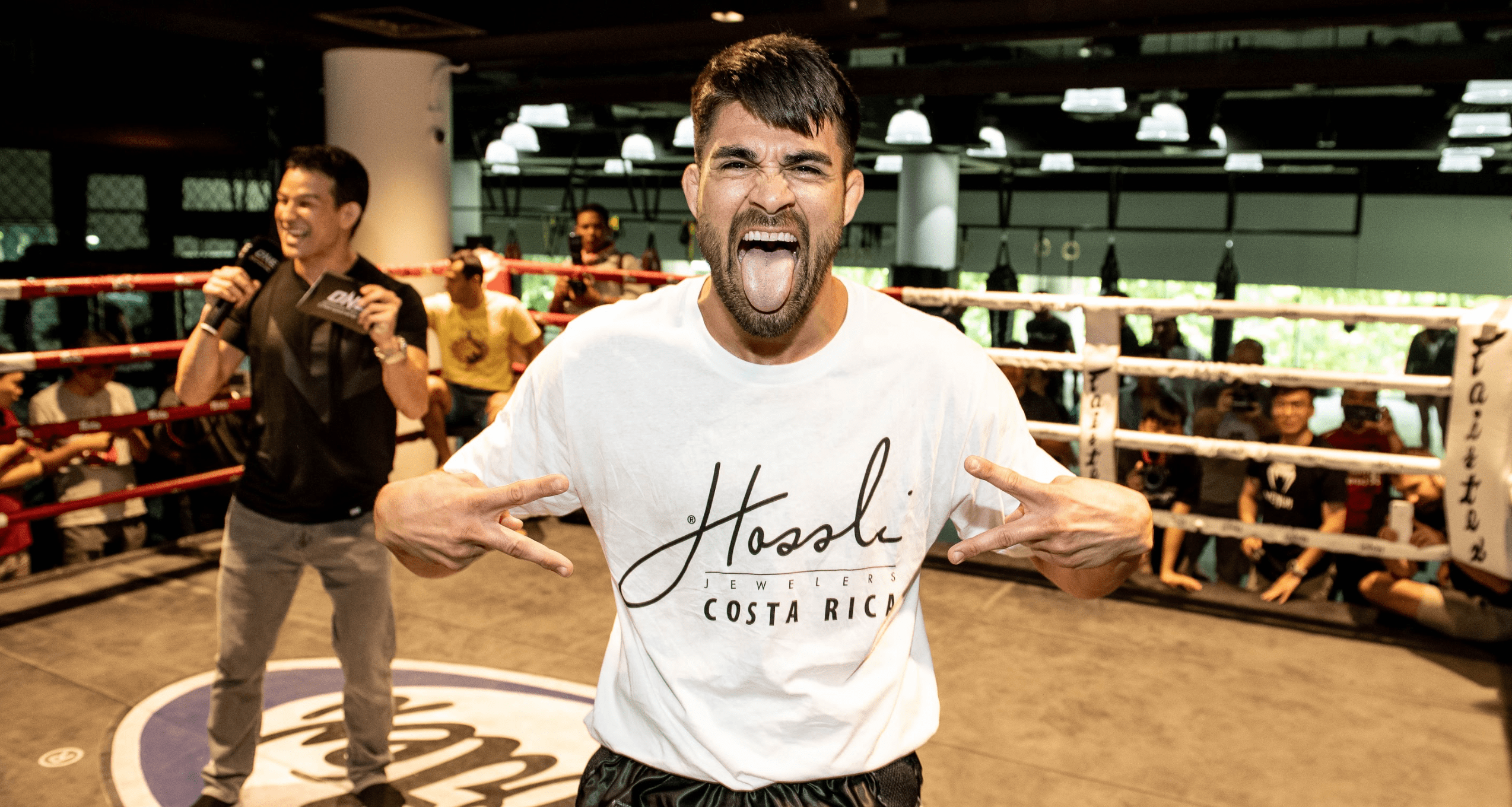 Costa Rican veteran Ariel “Tarzan” Sexton has been on quite the tear in ONE Championship in the past few years.

The 37-year old Costa Rican National Brazilian Jiu Jitsu Champion has won four of his last five outings in the promotion, and now finds himself as a participant in the ONE Lightweight World Grand Prix, along with seven other top-tier lightweight contenders.

At ONE: CALL TO GREATNESS on Friday, February 22nd at the Singapore Indoor Stadium, Sexton faces hometown hero and former ONE Lightweight World Championship challenger Amir Khan, in the quarterfinals of the tournament.

Sexton sees his inclusion in the tournament as a testament to all the hard work that he has put in over the years.

“I’ve been working hard in ONE for the last five years to get my opportunity to fight for the belt, now there’s no place for anyone to run and hide” Sexton proclaimed.

“Once I win these fights, becoming the Grand Prix World Champion is only going to solidify [my position] and get me to my goal that I’ve been working so hard towards” he added.

The Renzo Gracie-trained talent also understands that being tapped as one of the best means that the road does not get any easier.

To be able to claim the Grand Prix World Championship, Sexton will need to take care of business against Khan and then potentially against Ev Ting or Dagi Arslanaliev and then Lowen Tynanes or the winner of Timofey Nastyukhin vs Eddie Alvarez.

Not exactly a walk in the park, but Sexton says that he knew what he was getting into when he got the call.

“When they selected me to take part in the Grand Prix, I knew it was going to be hard. All the guys are elite, world-class and dangerous and they all deserve to be there, so I feel honored to be selected.”

Right off the bat, Sexton will need to face a top contender in Khan, who is coming off a world title shot.

Sexton believes that it is his experience that is his biggest advantage over Khan, who is 13 years his junior.

The Costa Rican has over a decade of experience in mixed martial arts and even more in Brazilian Jiu Jitsu.

“Imagine how much training I’ve done in that time” Sexton added.

The veteran believes that he has put in the right amount of work and preparation to come out on top at ONE: CALL TO GREATNESS.

“I don’t leave things to chance, so I’ve prepared properly. As long as I’ve done my homework, statistics show exactly the type of win I’m going to get that night”