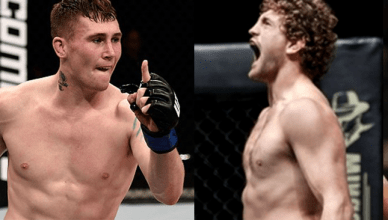 Ben Askren and Darren Till have started going at it on Twitter in the last half an hour. Till started proceedings, posting a picture of Askren in a Step Brothers meme, with his affectionate nickname. And it didn’t take long for Askren to respond.

This led to several abusive messages from Till.

It seemed at this point that Askren had had enough of this conversation.

This didn’t stop Till from replying. And also calling out half the UFC welterweight division.

We will update this post with any further tweets posted.