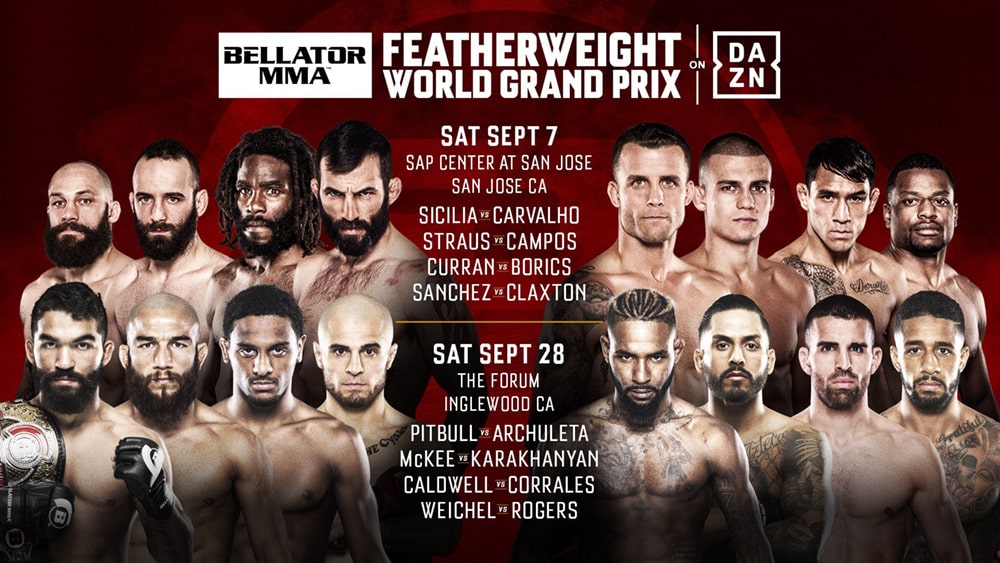 Back in April, Bellator announced that they would be running a sixteen man Featherweight World Grand Prix. Speaking on The Ariel Helwani Show, Bellator president Scott Coker, has revealed the sixteen names competing in the GP.


All eight bouts will be three rounds, other than the Bellator featherweight defending champion, Freire vs Archuleta, which will be five rounds and will have Freire’s belt on the line. The title will be on the line every time the champion fights in the GP.

Coker also revealed that all the quarterfinal matchups will be five round bouts and will made by a random draw, which will air live.

Not surprising, the Bellator boss is very excited about the Featherweight Grand Prix.

“I feel really good about these sixteen athletes. We have a killer division and all of the heavy guns are going to be throwing it down on September 7th. This is going to be a lot of fun to watch.”

Whilst discussing the Grand Prix with Ariel, Coker also announced that the final of the current Welterweight World Grand Prix, between Rory MacDonald and Douglas Lima, will take place at the end of October. Although no location has been decided yet.

And it looks like the next Bellator Grand Prix could take place at light heavyweight, according to Coker. Although it won’t be until next year as he stated that he only wants to run one GP a year.

Who do you think will come out of the Bellator Featherweight World Grand Prix the winner and $1 million richer?